The PDC European Tour continued this weekend as the inaugural Danish Darts Open took place in Copenhagen. Mensur Suljovic took home his first ranking title of the year, after an 8-3 win in the final over Simon Whitlock. Of the Irish, the undoubted star was Brendan Dolan. The Fermanagh man reached his first quarter final on the European Tour for nearly 3 years, including some superb displays on the way. His incredible victory against Michael van Gerwen on Sunday epitomised this, here is my round-up. 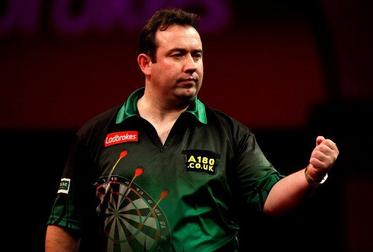 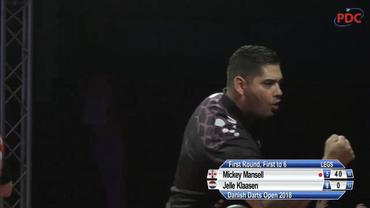 Brendan Dolan was the stand-out Irish performer in Copenhagen this weekend, reaching a super quarter final. Defeats of Martin Schindler, John Henderson and the World number 1 Michael van Gerwen before a 6-3 loss to Steve West proved a super weekend for Brendan. He had to come through some very difficult games to even qualify for the tournament, beating Adam Hunt and Stephen Burton to make it to Copenhagen.

His performances throughout the weekend were extremely consistent, his averages and checkout % in particular, were outstanding. Brendan began on Friday with one of the toughest round 1 draws, against the German Martin Schindler. Schindler arguably had the psychological advantage, having been part of the Germany team who defeated Northern Ireland at the World Cup. However, this was no issue for the Fermanagh man. Brendan won the last 3 legs to come from 4-3 down to defeat Martin 6-4. A solid 3 dart average of 90.3 and 33% on doubles was enough for Dolan to take the win.

​The 'History Maker' in fine form!

On Saturday, he came up against the 16th seed, John Henderson. John flew out of the gates, taking a 4-1 lead, but Brendan was superb. He wore Henderson down, earning 5 legs on the trot to win out 6-4 for the second game in a row, and qualify for his first Sunday appearance on the European Tour since September 2015. Another solid average of 90.8 was impressive, as was his 50% on doubles and the 180 he hit. This win set up a showdown with the World number 1, reigning Premier League and former World Champion, 'Mighty' Michael van Gerwen.

Brendan showed no signs of nerves early on, taking a 2-1 lead before checking out 76 to open a 2 leg advantage. Dolan missed darts to go 4-1 ahead, and van Gerwen pulled it back to 3-3. Once again, the Irishman went in front, taking the next 2 legs, including a super 86 finish to take a 5-3 lead. Michael was forced to throw a 12 darter to pull a leg back, but it wasn't enough, as the mighty 'History Maker' hit a 180 in an 11 darter to claim one of the biggest Irish wins of the year. An excellent average of 91.8, an incredible 55% on doubles and 2 180s were plenty to give him the win.

In the next round, Brendan came up against the on fire Steve West, who was hoping to reach his second European Tour semi final in a row. West ended victorious, claiming a 6-3 win, but it would not overshadow Brendan's first Last 8 appearance on the Euro Tour since the European Darts Open in July 2015. An overall average of 89.9, 39% on checkouts and an average of a 180 per match are superb statistics for the impressive Fermanagh man. His performances have helped him to pull slightly towards the Top 32 on the PDC Order of Merit, leaving van den Bergh for dead and solidifying his 36th position in the World. His performances this weekend have caused him to make huge gains on the Pro Tour Order of Merit however, jumping from 47th to 35th with the £4000 he earned. This means he is only 1 position away from a seed, and with some withdrawals likely, Brendan could make his first seeded Players Championship appearance for a long time this Tuesday. A super run for Brendan, he had certainly earned it in his effort to reclaim his place in the Top 32.

Daryl Gurney, Willie O'Connor and Mickey Mansell were also in action in Copenhagen...

Mickey Mansell came up against the Dutchman Jelle Klaasen. Mickey made a superb comeback from 5-3 down to level the game up at 5 a piece. Unfortunately, Mickey missed darts at D20 to win the match, with Klaasen eventually winning out. Jelle showed a lack of class after the game when he failed to shake Mickey's hand, not the first time he has done this to more than one player.

Willie O'Connor came up against Rusty-Jake Rodriguez in Round 1 in Denmark. The JDC World Champion was very impressive early on, taking a brilliant 5-2 lead. However, Willie showed his class, hitting a 12 darter and an amazing 144 checkout to claw the score back to 5-5. Similar to Mansell however, Willie came up just short in the decider, with Rodriguez cleaning up D2 to take an impressive win. Strangely, O'Connor actually had the 3rd highest average of anyone in the afternoon session on Friday. His 3 dart average of ... was not enough to defeat the excellent 17 year old.

Daryl Gurney was the final Irishman competing on the Pro Tour this weekend. The 5th seed had a bye into the Last 32, where he came up against the on form Ricky Evans. For the second Euro Tour in a row, Daryl didn't quite play to his usual high standards. Evans claimed a 6-3 win against Gurney, an impressive win for the speedy star. This has not affected Daryl's seeding for the World Matchplay, he is guaranteed to be the 5th seed in the Winter Gardens.

'Player of the Week'

No prizes for guessing the Player of the Week this time, with only one player winning at least one match. The official @irishdartsfan Player of the Week goes to... Brendan Dolan! The Fermanagh man defeated Martin Schindler, John Henderson and the favourite Michael van Gerwen to reach his first European Tour quarter final for almost 3 years. Well deserved! That's all for this weekend's enticing PDC darts action.

Not long to way however, as this Tuesday and Wednesday, Players Championships 15 & 16 will take place. Daryl Gurney, Steve Lennon, Willie O'Connor, Brendan Dolan, Mickey Mansell, Jason Cullen and Kevin Burness all compete, with Steve Lennon needing a couple of wins to consolidate his position at the World Matchplay in July. Best of luck to all.

Thanks for reading, but for now...