on an A,10 board, where he​ turned two pair. Phenomenal result for him, fantastic run and everyone is absolutely delighted for him. It’s great for UK poker, great for poker overall. Someone with his background, a recreational player, playing in the biggest tournament in the world, competing against more than 7,000 players this year, it was a phenomenal personal achievement for him. It was fantastic. Great for British poker and great for poker overall.

Q: Last year you were the table talker in the main event. I know you’re a good guy but there seemed to be a mob mentality against you. This year, it was John Hesp, an older guy, but everybody seemed to love the guy. Did you feel slighted with the way he was received as compared with your treatment last year?

WK:  Quite possibly. We’re similar and we’re different in terms of our speech play, our presence and personality on the table. I think we both have great personalities that shine through on the poker table, with how we come across, bringing the fun factor to the game. I think that’s where we’re similar in terms of being extroverts as opposed to introverts. We’re just there to enjoy ourselves at the table, to have fun and to enjoy the game for what it is, regardless of the level, whether it’s a $100 buy-in or the main event. That’s what I tried to do last year and that’s what John Hesp did this year. He just went out there and played his ‘A’ game. He just enjoyed himself, enjoyed the tournament for what it was it was. That’s what was great to see about him, the contrast in terms of the different age category. It’s great to see someone of his age, with his personality, come and shine through on the world’s biggest stage and not be afraid to mix it up with the world’s biggest pros. He wasn’t afraid of the 7,000 player field, so we’re similar in that regard. I think we were different in terms of my strategy going into it. No disrespect to John, but he’s an amateur poker player, plays recreational, plays small buy-in events. I don’t think he used any kind of speech play on the tactical side of things, to get under his opponents skin, to try and confuse them or to 'speech' them into calling or folding. He didn't use the psychological aspect as much as I did. Not to take any credit away from him. He played a fantastic game and he thoroughly enjoyed himself. I think how he came across was this older guy who was just there to enjoy the occasion, just to enjoy himself. I think everyone got on board considering his age and the fact he’s a recreational player rather than playing at a professional level. He wasn't  using 'speech play' as an edge to get under his opponents skin, to get into their mind, to tilt them. That was the difference between him and I, in terms of the 'speech play' strategy employed. Bottom line is we both employed speech play just to enjoy ourselves at the table, to have fun. I think I used it more as a tactical weapon. I think he used it more to enjoy himself at the table rather than sitting there in silence. It’s great to see. It’s refreshing overall and fantastic to see for poker in general. 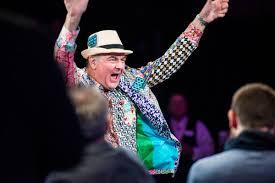 What Does William Kassouf Think of John Hesp's 'Speech Play?' 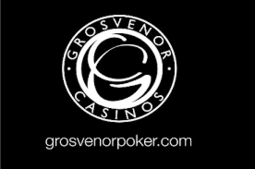 Q: Would love your thoughts on the 2017 World Series of Poker main event final table. Scott Blumstein wins it but I’m wondering what you think about this guy in the multicoloured jacket, this fellow brit and this fellow table talker John Hesp and his wonderful performance?

WK: It was, what a performance indeed. I think the whole nation was jumping up and down for him and rooting for him the whole way. To get to the final table, considering his background, the type of tournaments he’s plays, is remarkable. If you look on the Hendon Mob database, he plays 10-pound tournaments at his local casino up in Hull, in the North of England. He went to Vegas just to play this tournament so he could tick it off his bucket list, you know just to say he played the main event. In no way did he think he’d get in the top 100. He wanted to get into the top 1,000, to get paid the $15,000 and then just go from there. Anything else was a bonus. As we know, he went to the top 100, top 50, top 30, and then, low and behold, he’s suddenly at the final table. So, it was phenomenal result for him. He played well. He ran good. It was just unfortunate that he lost a big pot in that cooler situation with the Ace, 10, against the Aces,

William Kassouf recently signed on to represent Grosvenor Poker, which hosts the GUKPT across Britain. He also represented 888 Poker at the 2017 WSOP! 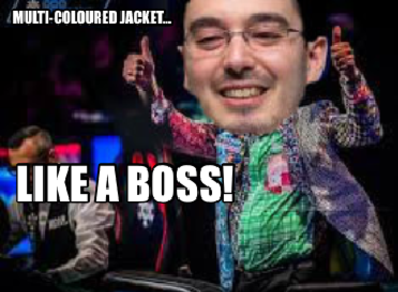