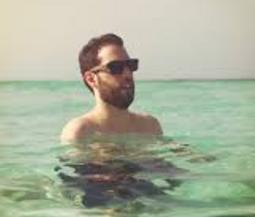 After 162 games in the regular season, a wildcard game, a division series & then the league championship, the Washington Nationals find themselves just four wins away from baseball's biggest prize, a world championship. It won't be easy. They will face the mighty Houston Astros in the final and they are the underdogs.

​Ahead of Game 1 of the 2019 World Series, the Astros are roughly -215 favourites, while the Nationals are about +180 to win their first ever Fall Classic, but I expect it to be a close series.

The Washington Nationals are a confident bunch and are riding a wave of momentum after overcoming three tough tests en route to the final. First, they beat Milwaukee in the wildcard game, then they upset the LA Dodgers in the division series, before finally knocking off St. Louis in the National League Championship Series.

The Houston Astros defeated the Boston Red Sox three games to one in their best-of-five American League Division Series and then the New York Yankees in a seven game thriller in the AL Championship Series.

1) Starting Pitching​: Expect the final to be low scoring, despite some of the big bats on either side. The Houston trio of Gerrit Cole, Justin Verlander and Zack Greinke square off opposite the Washington foursome of Stephen Strasburg, Max Scherzer, Patrick Corbin and Anibal Sanchez, seven starters who have combined for 29 All-Star Game appearances, three ERA titles and five Cy Young Awards.

​2) History: Can you say 1933? That's how long it's been since Washington has had a team in the World Series, and that was the town's first professional franchise. It's been 86 long years since the Washington Senators beat the New York Giants 4-1. This marks the first World Series appearance for the Montreal Expos/Nationals franchise, which was founded in 1969. As for the Astros, they're trying to join the Blue Jays, Yankees and Giants as the fourth team in the past 30 years to win two titles in a three-season span.

3) Heavy Hitters: Nationals third baseman Anthony Rendon is riding an eight-game postseason hit streak while batting .375. First baseman/utility man Howie Kendrick was on fire in the NLCS and earned the series’ MVP award. The Astros, despite hitting just .179 as a team during the ALCS, also feature hot bats in series MVP Jose Altuve (.348 with two home runs against the Yankees) and outfielder Michael Branley (.304 in the ALCS).

Who's Your Money On?

With the World Series set to kick off tonight in Houston, there are few things to think about before slamming down some hard earned money on one team or the other. First, there are several options for wagering at online betting sites but not all of them are safe.

"We recommend safe and trusted sportsbooks like My Bookie and Bovada," says Joseph Falchetti, a sports writer, analyst and editor-in-chief at safestbettingsites.com. "You want sites like We recommend safe sites with fast payouts, VIP programs and large bonuses for anyone who opens a new account and deposits for the first time."

Safest Betting Sites, a leading authority on the best betting sites and sports books online, offers full reviews of both sites, as well as many others, plus tips, picks, and strategies designed to earn more profit when sports betting.

Houston, We Have a Problem

"The Astros are the better team but I can’t help but like the Nationals at +175 in the series," said Falchetti, who is known for expert line shopping to find the best odds. "They don’t have the offence to match Houston, but they have aces of their own in Max Scherzer and Stephen Strasburg. The Astros probably win this series, but it’s hard to pass on the the value of the Nationals, who are being listen at nearly 2/1 at some betting sites. '

Is a sports writer and analyst and the editor-in-chief at Safest Betting Sites. He has an extensive background as a writer and gambler of all types. He was a professional poker player and sports bettor for eight years until he decided to make the switch to writing sports gambling content, especially about NFL football betting, after the Black Friday seizures against PokerStars and Full Tilt Poker in April 2011.

Joseph Falchetti, of Safest Betting Sites, says there are a few things to consider!