High Roller Radio has interviewed some of the greatest gamblers, casino insiders, sports bettors, authors and poker players. Here is our Q&A with Dr. Alan Schoonmaker, a long time columnist for Card Player magazine, author of 14 books, eight of them about poker, including the acclaimed  The Psychology of Poker."

To reach Alan you can email him at alannschoonmaker42@gmail.com 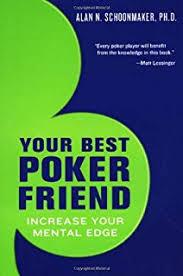 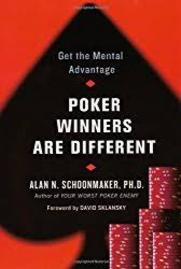 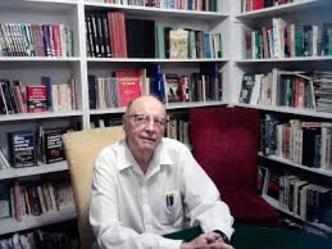 AS: The Psychology of Poker is the grandson of Selling the Psychological Approach. Selling the Psychological Approach was produced way back when you were a kid. It was a computer assisted instruction program, a book, videos and classes about how you have to approach selling with those things in mind. Who am I? Who are they? How do I adjust? Since that program was commercially successful, I developed Negotiate to Win, which said when you’re negotiating with Donald Trump how do you negotiate differently when you're negotiating with a stereotypical engineer? The Psychology of Poker is how do you play differently when you’re against a rock or a maniac or a calling station? They’re all the same basic principle, which is the need to understand who you're against, how do they see you, how do you act and how do you change to fit the situation?

Q: With your background and study, it seems like poker is a game that is naturally suited for you to put all of that into practise?

AS: What’s fascinating to me is, despite the fact I’ve been a psychologist for 50 or so years, there are people who have never studied psychology who almost have an uncanny skill at reading people. Far better than me, far better than me. David Sklansky called them freaks and they are. They just have this ability where they just know they can take a guy off a hand. They’re intuitive. They’ve got great feel. Layne Flack is probably the best example of it. Layne says he never reads poker books, he never reads poker theory, because he wants to rely on his poker intuition and it’s worked well for him. There are really two types of psychologists in this world; there’s the intuitive guy and then there’s the formally academically trained psychologist like myself. Sometimes the intuitive guys kick our ass!

Q: We just had Steve Blay, the co-author of Qui Nguyen’s new book, and he says Qui had remarkable instincts and wisdom and that when he felt you were weak it didn't matter what cards he had. He was going to put you to the test.

AS: That’s something I simply can’t do. Just by chance, I have an article coming out in Card Player fairly soon, where I talk about not being able to make the switch to no-limit because I’m too logical. I want evidence. I want solid data. Unfortunately, you have to do what Mr. Nguyen did. You have to have that feel, that confidence. That’s a different game for me.

Q: Some players do have great instincts, that gut feel, but they play with fear and can’t pull the trigger. That’s a big issue in poker, fear?

AS: I write about purely psychology. There are a gazillion guys who write strategy better than I can. My gift is taking the psychological research I’m familiar with and then relating it to our game. Fear is a major factor in poker. I wrote an article many years ago called Monsters Under the Bed. People feel it’s extremely unlikely, for example, that this guy would have called a big raise on the flop when all he had was a runner-runner flush draw but two spades hit. They say, "I better not bet my set," that sort of thing. They were worried and had this fear about the worst possible thing happening. Just go with logic.

Q: It’s happened to me where I realize a bluff will work but then I get this lingering thought, “What if I’m wrong?”

AS: People let essentially irrelevant factors affect their decisions. You should play your hand exactly the same way if you're winning a zillion dollars, losing a zillion dollars, or flat even. You really should. A dollar is a dollar is a dollar. People don't do that though, at all. They factor into it, “I’m ahead. I’m behind. I want to finish a winner. I’ve had three losses in a row.” All those things are irrelevant. It’s essentially an irrational reaction. Irrational reactions are the core of a relatively new field called Behavioural Economics, which challenges the fundamental assumptions for centuries by economists that people try to maximize their profits. The exactly same assumption is in the poker literature, this belief that if people just knew how to play they would play right. That’s bullshit. People do things all the time they know they shouldn’t do. You know you shouldn’t call under the gun with 7,5 off-suit but you see it happen all the time.

Q: It happens to me. I guess people just think they need to get in there, mix it up and hit a hand. Sometimes the game you’re in affects they way you actually play?

AS: Right. I don’t tell people how they should play, I tell them why they don’t play the way they know how to play. There isn’t a man or woman alive who plays our game who hasn’t, after their session is over, asked, “Why did I make that stupid mistake? I know better than that. How could I be so stupid?” Where you say, “Gee whiz, I really screwed that up.” I’m kind of famous for being a note taker. I take more totes than anybody I know. Most people think I’m writing about them but at least half my notes are about myself. I wrote yesterday ‘XBP,’ which stands for ‘Extremely Bad Play.’ The bad plays are far more common than the good ones. If players are honest with themselves, they’re gonna realize they make a lot more mistakes, what they call in tennis 'unforced errors', than great plays. What we do, because we want to feel good about ourselves, is we forget the fact we lost a lot of money last night but ‘Goddamn, did you see that bluff I made against Charlie on the river?"

AS: That’s what called, by psychologists, the attribution error, which is 'my wins are caused by skill and my losses by bad luck.' The attribution error is extraordinarily commonplace. You can almost take anything that people do and the overwhelming majority of people think they do it above average, which is a statistical impossibility. It could be anything; dancing, driving, drinking, making love, playing baseball, playing poker. In all of these things we overestimate our abilities.

Q: How do you approach poker with respect to life and business? You need balance. I mean the object of poker is to have fun and, beyond that, win money and make your life better?

AS: I have seen a number of very fine poker players who have totally screwed up their lives. I’ve been around for a while and I see how most of them end up. Most of them end up broke. It’s pitiful to see people who used to play in Vegas games, striving to make a bigger living by playing $4/$8 limit hold’em or $1/$2 no-limit. They’re there because they didn’t do what any intelligent businessman does, which is save money and contribute to a retirement savings. I’m fascinated by the whole relationship between business decisions and poker decisions. I wrote a series of articles in Card Player called, Business is a Poker Game. It dealt with how the decision making process is basically the same in both places. Those articles became a book, Competitive Edge Strategies for Poker and Business Winners.

Q: So often a player will have a big win and then put it all in play?

AS: All the time! Barry Greenstein wrote that he just loved when some unknown wins a big tournament because he walks into Bobby’s Room at the Bellagio because he’s going to show them what a real poker player is. He often ends up giving away all, or almost all, of whatever he won to people who are much better than he is. Much, much better than he is. It happens all the time.

Q: One of the things poker players ask themselves often is, ‘Should I take a shot? Should I go up in stakes and try to make a run?' There’s always risk involved there. Same in life right? There are those who take shots and those who play it safe?

AS: I’m an old man and I know I’m not as good a poker player as I was a year or two ago, so I’m not going to be taking shots. A young person who’s successfully playing $2/$5 no-limit should probably consider setting aside a bunch of money, enough for a few buy-ins, and try $5/$10. Daniel Negreanu wrote articles where he talked about two pros. Both were doing approximately as well as one another in the low limit games. One of them was quite happy to stay there. The other moved up and went bust. He built up his bankroll again and busted. He built it back up and went bust. Finally he went up and had gained enough experience and skill and stayed there. Negreanu wrote that it’s obvious which style he thinks is right but that it’s your decision. He said you have yo make that based upon your comfort level. Are you really comfortable where you are? Are you able to handle, as Daniel did, going up and getting knocked down.? 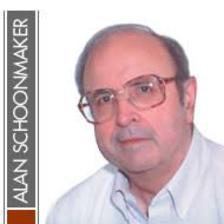 Card Player Columnist & Author of The Psychology of Poker

Alright High Rollers, a guy who’s been around the poker world for a long time. I’ve been reading this guy’s work in Card Player magazine for years, a long time columnist there. He’s written 14 books, eight of them about poker, including the acclaimed ‘The Psychology of Poker.’ His Industrial Psychology Ph.D. from UC Berkeley has been put to good work in poker rooms around the world. His books have been translated into a number of languages. His client list includes Merrill Lynch, IBM and Chase Manhatten, and it’s a real thrill to have him with us today. Dr. Alan Schoonmaker welcome to the show, thanks for being our High Roller today.

AS: Thanks for inviting me.

Q: I listened to a podcast you did where you described Industrial psychology as focussing on “How do you adjust your selling or negotiating strategy based on the personality of the person you are dealing with?” Then you said it essentially all comes down to 'Who Are You' & 'Who are they?' That sounds like a poker game to me? 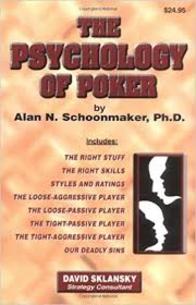