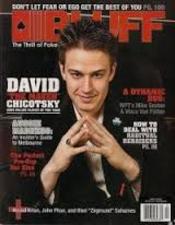 Sammy Farha, who finished 2nd to Chris Moneymaker in 2003, offers those new to the game of Omaha poker simple strategic tips to help transform them into winning players. The book deals with the three most popular forms of Omaha—limit, eight-or-better, and pot-limit—in both cash games and tournaments. 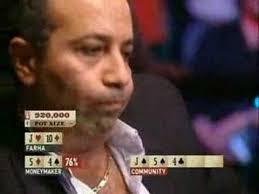 CM: I think it was a little bit of fate. I’m not really a religious guy but, yes, it felt like a little bit of fate. Obviously, to go on the run I went on, all the things that had to happen for me to win that tournament, I think it was just meant for me to win that year. Since that year, I would say my life, or at least my job, has been to try and grow the game and make poker as popular as possible. I’m trying to educate people that you don’t have yo be a professional player to enjoy this game. I would hope my legacy, how I'm remembered, is someone who really enjoyed playing the game and did his best to try and grow it anyway he could. I’m not as vocal as someone like Negreanu maybe, I don’t get on social media and state every opinion I have, but if something needs to be said I’ll be the one to say it and stick up for the players as best I can. I want to stick up for the game as well.

DC: As far as beginners go? Their biggest leaks are just probably not re-raising enough. I like to say that re-raising separate’s the men from the boys and the women from the little girls. The average player re-raises about four or five per cent of the time preflop while the average pro re-raises preflop 10 per cent of the time, so almost twice as often. The average intermediate player is still going to open pots 15 to 18 per cent of the time while pros might kick that up a bit to 18 to 22 per cent. So, in this example, pros aren’t playing twice as many pots preflop but pros re-raise twice as often. Knowing who to re-raise, what stack sizes to re-raise, understanding effective stack sizes, implied odds, stack to pot ratios, certain times of the tournament where it’s better or worse, is important. Understanding all these fundamentals definitely makes the game a lot easier.

Doug J. Swanson is the author of Blood Aces and delves into the legendary character that is Benny Binion. 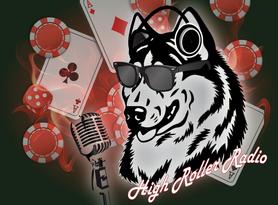 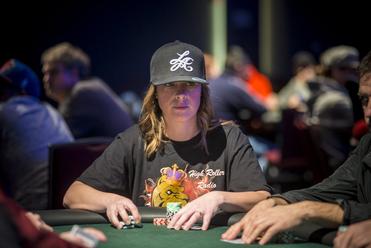 ​
Q: What do you think the old-timers would think of a platform like Twitch Poker, the fact you have all these top level, elite pros, including yourself, giving away secrets of the game?

CM: Oh, they would hate it. It’s criminal, giving away all the free information. In this day and age, 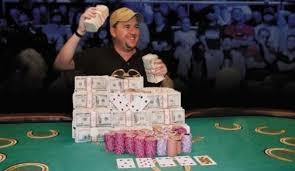 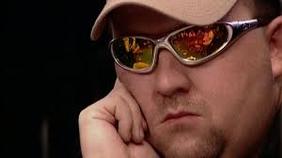 poker is really amazing. You can go on there and watch some of these guys streaming, giving away the information they’re giving away. This stuff they’re giving away could not be found before. You just had to pay for it, whether from a training site or a book. You wouldn't be able to get into the mindset of these guys.
I think Twitch Poker is probably the most advanced training site out there, period. You actually get to sweat the guy in real time and learn his thoughts. You read a Phil Hellmuth book and a lot of the stuff he writes about is not the way he plays all the time. It’s kinda like Farha on Omaha. It had something liket, ‘Don’t do this unless you’re Sam Farha.’ I thought that was quite funny back in the day. On Twitch you actually see how the people play. You watch the game, it’s not masked, it’s real. I think it’s probably the best thing out there.

Q: The 2003 world championship, all these years later, I’d like to get your thoughts on what you think happened that year? Not sure if you’re a religious guy but was it fate, destiny, luck or was it just your time?

I’ve always just tried to be myself. I do love playing the game, I think it’s a great game and I definitely see the benefits of it. Obviously, there are drawbacks with any type of gambling but I think poker is a special type of gambling. You don’t have the biggest swings because poker requires a lot more skill and that drives away some of the hardcore junkies, the people who may find blackjack or roulette a little more appealing. Those games are just an instant high.

Q: You had some highlight KO’s in ’03, Dutch Boyd included. He’s gone on to win three bracelets. But, he was just one in a long list of big names you took down in that tourney?

CM: Yes, I did but, you have to remember, the player pool was much smaller back then. We only had 839 people. I would say the general public didn’t know many of them back then but they definitely grew to know quite a few of them over the course of the next couple of years. The general public maybe knew 100 pros back then whereas today the general public might know 20 players at best today. Back then, if you followed poker, you definitely knew more of the field than what you do today. So obviously, the field seemed more stacked because it was smaller. You didn’t have all that dead money.

Q: What do your kids think of their dad being a professional poker player?

CM: All my kids grasp the fact I’m a poker player, that that’s what I do. They thought I mowed grass for a long time. When they were growing up, I cut my own grass, and I’d say, ‘Dad’s gotta go to work,’ and I’d go outside and cut the grass. They didn’t quite grasp it. They would see other dads going to a 9-to-5 and they’d see me sitting around on the computer.  They’re starting to grasp it.