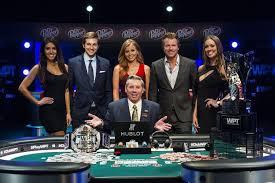 Q: I’d be remiss if I didn’t bring up Mike Sexton, another huge member of Party Poker. This guy’s a legend too!

PP: Well, isn’t it fantastic? Mike and I have been good friends for 21 years now. We met in the bar at the Metropole Hotel in London in 1996. All the players from the Victoria Club were hanging around and by about 8 o’clock in the morning everybody had gone to bed. It was only me and Mike, and the businessmen coming in for coffee, sitting in the bar. He was telling me about his vision for the future of poker. I thought, ‘Oh my God, another nut job,’ but he was a nice guy and good company so I listened to him. As it turned out, he was wrong. His vision was right, up to a point, but even he didn’t know that it would be ten times bigger than even he could have ever dreamed. Mike has always been a tremendous ambassador for poker. It was one of the pleasures of my professional life when Warren Lush, who was working for Party at the time, asked if I’d like to do the 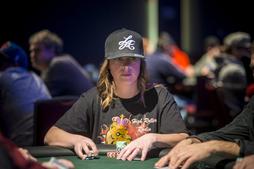 official nomination for Mike and the Hall of Fame. I loved it. He’s been such a good ambassador, and such a sicko betting on the sports, that he’s often underrated as a poker player. Look at his record. It’s not too shabby. You know, he’s had to sit there for 12 years, maybe more now, doing the commentary on the WPT events but the past few years he’s got to play them. I was absolutely thrilled, a few months ago, that he actually won one. It was brilliant. He pocketed $300,000 or $400,000 but he’s actually won a WPT event well into his sixties. I think he was the second oldest winner ever. I spoke to him the next day and he was over the moon. Then he turned around and made another final table last month, I think he finished 4th and it’s absolutely fantastic for Mike. He was involved in setting up the World Poker Tour at the very start. He was a consultant and involved with Lyle (Berman). Mike’s into his sixties, he’d be seen as old school, and I suppose a lot of the guys watching would be saying he’s past his prime, that this is old school commentary and he doesn’t know what he’s talking about. Now, he’s actually won one and turned around and final tabled the next one he played. I think that’s fantastic and he was just over the moon.

Q: I would put you two in the same category; pioneers and members of the old guard. I know, as you were watching, you weren't surprised at all?

PP: Absolutely not! Mike has always been underrated as a player. But you know, Mike and Vince have always had the best seat in the house. The amount he has learned by watching all these final tables over and over and over. He might be in his sixties but Mike has been watching the game evolve on TV. He’s been forced to watch all these hands, so it’s not like he’s a guy approaching 70 who still plays the game way he did in his twenties. He’s been watching the evolution. He’s seen all the good parts, the bad parts, the changes in the game, and his own game has adapted. I was absolutely thrilled for him. 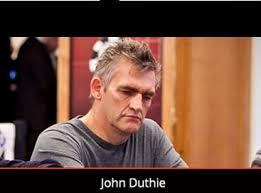 Lou Stadler, owner of the PokerSociety, has compiled a list of every single tournament in Las Vegas during the 2017 WSOP. Wow!

Q: Congrats on your appointment with PartyPoker. You see yourself in some fine company, the legendary John Duthie has joined the party?

PP: You’re right, the hiring of John Duthie was fantastic. They tell me he’s the president of the live end of things, PartyPoker Live. I spoke to him the day after his appointment and asked him, ‘What does the president do?’ He said, ‘I have no idea, what does an Irish ambassador do?’ I said, ‘I don’t know either.’ It’s kind of funny because I 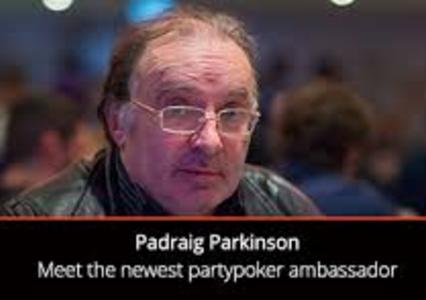 can remember Duthie back at the first Poker Millions at the Isle of Man. I mean, he looked like a sane guy all the way through until the final table. I remember the day of the final table, I was sitting there with Hellmuth, Negreanu and a few American guys having breakfast, and this guy Duthie was sitting at a table beside us all on his own. He got to the final table of this tournament but nobody had really rated him because it looked like he had been playing very tight. He sat their very respectful and Hellmuth went over and was trying to get him to wear some logo. Duthie just nodded his head and then went in and played like an absolute maniac. By the time the dust had settled he had won a million pounds. It was fantastic. He’s a lovely guy, Johnny. I was talking to Tom (Waters) from Party Poker and I said, ‘Duthie’s a good sign. What does he do?’ He said, ‘Well, he comes into the office and helps us out with advice about the ambassadors. So I’ve got some very bad news for you.’ (Laughs) It’s great to see him on board. I mean talk about player friendly? He is one. He knows what people want and I’m expecting to see great things from him.

Q: It’s a great signing. I’m on twitter all the time and when I saw Party Poker announce John Duthie as president of it’s live division I took notice. The guy is a legend.

PP:  I was absolutely surprised. A few days later, I was down in Cork and the people of Cork, to a man, are begrudgers. Some of the toughest guys are down in Cork. I was out in the smoking area and these guys, Irish guys, brought it up, that John Duthie was a great sign for Party Poker. It’s happened to me in a couple of places around Ireland. Even the Irish like Duthie and we’re pretty particular.