Q: Can you tell us about the name ‘Nanonoko?'

RL: Well, ‘Nano’ is a real small number and ‘Ko' means small child. The ‘No’, in Japanese, brings two words together, so it means ‘small child’ or ‘small kid.'

Q: You’re known for playing 24 tables at once online. How do you do that? 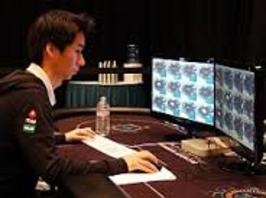 Rules & facts about this variant of poker. 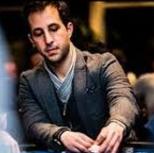 RL: It definitely takes a lot of focus. Some people are like, ‘Oh, I want to multi-table’ and they expect to be able to do that the next day. It really took a lot of practise. When I first started playing I played one table myself, two tables, three tables, I didn’t go straight to 24. If you add one table at a time you’re able to train yourself to respond to a lot of actions at once, which is much better than jumping to 24 tables right away and being overwhelmed. It took a lot of practise. There are hot keys you can use to help speed your play. PokerStars, for example, has hot keys built into the client, which you just have to set up. So I have a ‘Fold’ button, a ‘Bet’ button, and things like that, to help me play a lot faster. With all the experience I have, there are many hands that just come second nature to me now rather than, ‘Oh, I’ve never seen this before.’ I’ve played so many hands and seen so many spots. When I really need to take my time it’s basically for read-specific plays.

Q: I read somewhere that when you realized you were beating the games, instead of going up in stakes, you simple added more tables?

RL: When I first got into poker, I read stories about a lot of the top guys who were degenerates. They'd spend money lavishly. They'd win a million, then lose a million. Win a million, then lose a million. At the time, not too many people could multi-table. I was a very unique case early on in internet poker. People were playing $25/50, $50/$100 and higher, and some were making good money, but I was making so much money at the mid-stakes, you know $2/$4, $3/$6, $5/$10, that it just clicked for me. 'If I could just play 10 of these games at once, or 20 of these games at once, I would make more money than somebody who plays high stakes but can only play can table at a time.’ To me that just made more sense; I’m playing against softer competition, I can put more hands in, more volume, and I could see the long run. When you’re playing one table you can have Ace-King, get it in three times in a row and lose all three but if you run that scenario over and over it’s going to even things out. So that’s the approach I took with multi-tabling and, I did so well at it, I guess I’ve kinda made a name for myself. I took the bankroll management, lower variance, route for succeeding in cash game poker.

Q: You’re quite a gamer too. You’ve had several top finishes at the EVO Championship Series. What skills from gaming translate well into poker?

RL: There’s multiple things about it. I played fighting games, I imagine it’s the same for real time strategy games like Starcraft or first person shooter’s like Counterstrike, and in these games you need to play in real time. In all of them. It’s not like a term base, where I make my move and then wait until you make your move. You need to constantly be making moves because if you take a break you just end up of losing. So your actions-per-minutes, you APM’s, are really high in these games and that’s allowed me to play 24 tables much easier than someone who doesn’t play video games at all. It's allowed me to transition to multi-tabling really quickly and easily and, by doing that, it actually accelerated my learning curve. If I feel like there’s a strategy in poker that I want to learn, I’ll just watch a video and it’s like, ‘Oh, I didn’t know I could re-raise there and use position well,’ so I can just fire up multiple tables, take the theory I just learned and put it into practise. It helps me learn quickly because I’m getting so much volume in. I can say, ‘Oh, this hand doesn’t play so well here,’ because I just ran it a thousand times. Gamers have a big advantage when coming into poker because they can play a lot of hands and act so quickly. One of the other big things is the competitive nature of these video games. You’re almost always playing against another human player so you always have the drive to beat your opponent. Nobody plays games to be worse than their opponent. So, if someone keeps check-raising you, you’re just not going to take it, you have to devise a strategy to beat that player. It’s the correct mindset for a poker player, the wanting to learn, the wanting to get better, because a gamer will always want to beat their opponents. It’s just a really good mindset as you head into poker.

Q: You’re live streaming all the time on Twitch Poker now, an amazing platform, what are your thoughts on the advent of twitch?

RL: I think Twitch Poker is the best thing to happen to poker in a long time. When it first came out many people were skeptical, like who’s going to want to live stream? Now, there’s just a lot of good people with streams out there, a lot of quality content and it’s really good for the game. People have a resource now where they can go and get feedback really quick. A lot of the top poker players are just not accessible at all. If Phil Ivey shows up at a live event, he plays the tournament, busts and leaves. He doesn’t go around analyzing hands or answering your questions. A lot of people just want to talk to a guy like Daniel Negreanu but don't have the opportunity. Now, we see Daniel Negreanu on twitch, answering questions and he’s just so much more accessible. As a poker fan this is really good because it keeps people engaged, it make people enjoy the game and it really brings back the fun in poker. Poker was getting a little stale, with people saying, ‘Ahhh, I just got it all in and lost. What a cooler. Oh well, on to the next one.’ Twitch brings back the fun, the chill environment and the interaction, which I think is very important in poker. It’s a great thing. I can visualize it too and I want to be part of it when it gets bigger and bigger. That’s why I’m here.

Biggest Cash Games in the World

Alec Torelli is one of the best cash game players in poker. A consistent winner, Torelli talks about Macau, tourney v cash gme players and more. 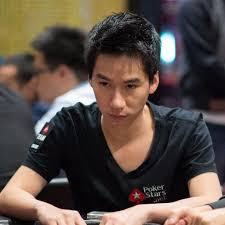