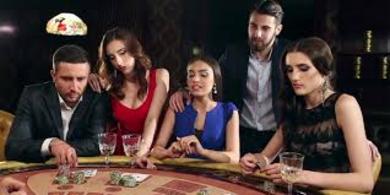 Age, gender & education, do they matter in the casino? Do men & women gamble differently? What games are more educated bettors playing?

Due to different prejudices that exist around the world about gambling, people have a set image of what the average gambler looks like. However, are online and land-based gamblers that uniform? The reality is very different, as gamblers come in different shapes and from all walks of life, as we will see in this article.

We were inclined to write about this topic due to the eye-opening information about online gambling collected by the Stefans Listteam in an interesting infographic.

However, of those not married, a higher percentage of online gamblers lives with their partners, compared to land-based gamblers. There are also more of them who have never married or who are divorced or separated.

Thanks to stereotypes and prejudices, some people might think of gamblers as uneducated lowlifes who have nothing better to do in their lives but splurge their hard-earned cash. However, in reality, gambling seems to be a hobby of the high-educated bunch. The majority of both online and land-based gamblers have completed college or university, almost one-third of them. Those who have less than high school education make only around 4-5% of the total number in both groups.

A large percentage is also made up of those individuals who have completed some technical college or university or have completed high school. This does not surprise much because, in order to be good at gambling and make it worthwhile in the long run, you need to be intelligent and acquire a decent amount of skills.

However, when it comes to income, the situation is slightly different. It seems that the less a person earns, the more they are likely to spend on gambling. The majority of gamblers in both groups earn less than $29,999; around 20% of them. Those earning around $150,000 and more contribute only around 7-8% of the total number in both groups. That said, we might conclude that the primary motivation for gambling in both groups is earning money and not simply having fun. However, this might be just speculation.

Women love gambling almost as much as men. However, their gambling habits and preferences are slightly different than those of men. On the whole, of the total number of gamblers in the world, 56.2% are men and 43.8% are women. That is a pretty equal distribution for an activity that is usually associated just with men. The three most popular games among men are sports betting, online poker, and online bingo. Sports betting is practiced by 73% of men, whereas the other two is practiced by around 28-29%.

When it comes to women, the situation is a bit different. The three games of women’s choice are online bingo, sports betting, and online slots. It might seem surprising, but at least 40% of female gamblers enjoy placing a bet on sports.

When it comes to motivation and the reasons for gambling, men and women are pretty much the same. The three main reasons are money, having fun, and the lure of winning. The majority of both male and female players gamble because of money and the lure of winning, while those just looking for fun are in the minority.

In the end, even though fewer women gamble both online and land-based, they do it at a higher rate. We can conclude this by considering the fact that of the 10% of most active online accounts, 53.4% are created by women.

To sum up, it is very difficult to paint the exact picture of what the average gambler looks like. Gambling is a rich activity that offers a lot of possibilities, so it’s only natural that it attracts a large variety of different people. If you wish to read more stereotype-dispelling facts or other interesting gambling-related info, check out the Stefans List infographic 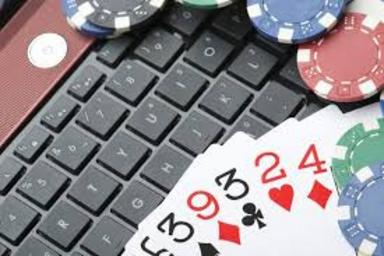