Are You Ready for Some Football?​

Are you ready to make a wager on a long shot for the 2020 Super Bowl? Have you found a team wth odds you like?

With the start of the 2019 NFL season just a little more than two months away, this would seem to be a good time to look at the futures market in search of value for picking the 2020 Super Bowl Champion. Handicapping this year’s field is difficult because many of the league’s top teams would seem to have significant holes that warrant scrutiny.

"Somewhere underneath the surface, there might well be a team sitting at juicy odds!"

With the likelihood parity will be king during the 2019 NFL season, it doesn’t make sense to bet only on teams in the upper echelon of the league. Somewhere underneath the surface, there might well be a team sitting at juicy odds that’s more than capable of making a big run at the Super Bowl title. To find that team, it’s going to take a little digging. It’s like searching for the best online casino. The secret to success depends on things like finding the Latest Casino News & Reviews by Mobile Casino Kings or information from some other review site.

At the moment, the defending Super Bowl Champ New England Patriots and Kansas City Chiefs are vying for favouritism at future book odds of about 7-1. That looks like great value on a Tom Brady led team or a team with one of the most explosive offenses in NFL history. With that said, both teams have holes. Tom Brady is another year older and surely father time is lurking. For the Chiefs, it’s not clear they did enough in the offseason to shore up a defence that was as bad as the offense was good.

As the odds would indicate, there just doesn’t seem to be a team that would be considered a lock to make the playoffs. When in doubt, one could punt or go looking for a long shot that has a reasonable chance of taking down the Super Bowl 54 title.

In a crap shoot, let’s throw a dart at the Minnesota Vikings. This is a team that finished off the 2017 season at 13-3 and made it to the NFC Championship game before losing to eventual Super Champ Philadelphia Eagles 38-7. They came back last season with high expectations, only to finish the season at 8-7-1, missing the playoffs in the process. Why the precipitous decline?

The answer is a defence that had difficulty keeping the Vikings in position to win games. It’s a shame given the potency of the Vikings’ passing game. Granted, they didn’t have much of a rushing attack, but 3rd year back Dalvin Cook did rush for 615 yards over just 11 games, primarily as a backup. He also caught 40 passes for 305 additional yards. The numbers are good enough to create a sense there’s upside here.

With QB Kirk Cousins and All-Pro WRs Stefon Diggs and Adam Thielen back in the fold, this might well be one of the best offenses in the NFC. Combine that with the fact the NFC North division as a whole might be a little suspect this year; this is a team that should make the playoffs and has enough offensive power to challenge all the way to the big game. At juicy 25-1 odds, the Minnesota Vikings offer the best value on the boards. 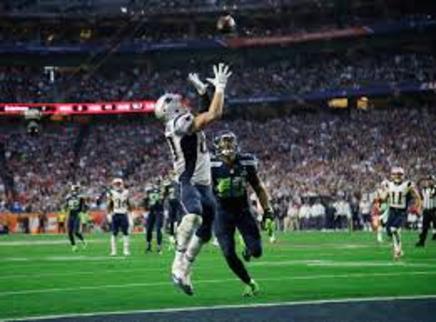