Enshrined!
The Blackjack Hall of Fame is housed at the Barona Casino in San Diego, California. Each inductee gets a permanent lifetime comp for full room, food, and beverage but they first must agree to never play on Barona’s tables. In winter 2002, a diverse selection of 21 blackjack experts, authors, and professional players were nominated for membership. The public voted online and in January, 2003, at the Blackjack Ball, the first seven members were inducted into the Hall of Fame, an event hosted by renowned blackjack author Max Rubin.

The current members of the Blackjack Hall of Fame are the following: 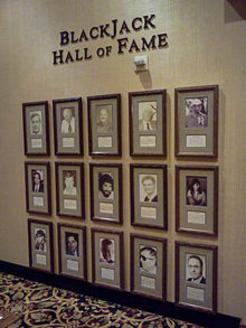 What is the Blackjack Ball?