It's one of the oldest and most popular casino tables games - Blackjack! Whether you're 'hitting' or 'staying', High Roller Radio has you covered in the game of '21'. From blackjack fun facts to legends of the game to strategy talk, we'll delve into a classic confrontation, you aganst the house. Can you beat the dealer? 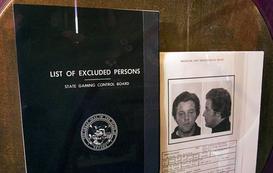 In early 2015, online bookmaker William Hill listed Hillary Clinton the prohibitive 2-to-1 favorite to win the White House in 2016. Doyle Brunson claims to have won more than $800,000 on the Trump victory.

Faro Anyone?
In the 19th century, the foremost faro player on the Mississippi was Italian immigrant Charles Cora. After winning $85,000 and breaking several faro banks in New Orleans, Vicksburg and Natchez during one six-month period, he was banned from many resorts. J.J. Bryant, perhaps the best-known professional gambler on the lower Mississippi, lost thousands to Cora.

M-I-T
You've heard about the M-I-T Blackjack team? What began as an after school club quickly became a refined gambling machine, assaulting casinos for years and for millions. In the 90's, these brilliant students employed statistic-based systems and team play to their advantage, recording legendary wins, including $400,000 in one weekend alone.

Did you know?
Poker pro Andy Bloch was a member of the world famous M-I-T Blackjack team and is not allowed to play the game in a number of casinos, blacklisted as they say.

(left) Bryan Storkel
Director, Holy Rollers: The True Story of Card Counting Christians? The tagline intrigued us enough, we had to reach out to its director Bryan Storkel. Holy Rollers is a fascinating tale about a group of blackjack players that took casinos for millions. It took Storkel and his crew four years to produce but it's well worth the wait, the final product is superb.

Ken Uston - Legend!
They call him the 'Blackjack Man'. Ken Uston is a legend of the game, author of several books on blackjack and video games, one of which, Mastering PacMan, hit the New York Times best-sellers list. He's been featured on 60 Minutes and the History Channel, which aired a documentary called The Blackjack Man.

​Did you know?
In a 1983 Blackjack Forum interview, Uston said he became enthralled by blackjack after metting professional gambler Al Francesco in a poker game.  Francesco had just launched his first 'big player' style of card counting and recruited Uston to be one of his main team members.​​

Poker Quotes
"Oh Grace, don't you know, the Queens always beat the Straights in this house."
- Will, from Will & Grace following a 'Home Game' 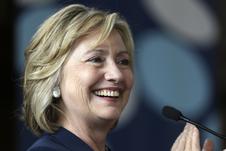 Game Protection in Blackjack & Slots?
​Dan Lubin, former guest and table games designer for Galaxy Gaming, spoke to us very eloquently and gave us a glimpse into the mind of a casino insider. 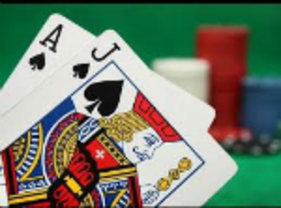 33rd Name in 'Black Book'
Nevada gaming regulators have added another name to their infamous 'Black Book', a list of those excluded from casinos in the state. These people are usually caught cheating multiple times, card counting at blackjack or general 'advantage players'. It is a crime for anyone on the list to enter a Nevada casino. The 33rd personon the list, added in 2015, is Tasia Musa. The rules for getting off the list? Simple, you die. Adding names to the Black Book, which was established in 1972, is not that common.