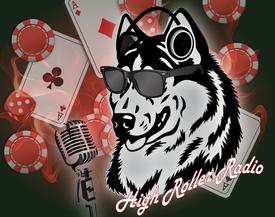 "I don't have a gambling problem, I'm addicted to sitting in semi-circles."
- Mitch Hedberg

Hey High Rollers, this hand came down a weak ago. A young player to my right announced early that he does not chop the blinds when folded to. This was good to know for a hand that came up a few hours later.
$3-$5 NLHE Full Ring
Everybody folds to the button on my right. I am in the small blind. The button raises to $15. Immediately I smell a blind steal given what I know about this player. I look down at AJ. I decide not to re-raise here. I call. The big blind folds.

Quotable & Notable
“It can be argued that man’s instinct to gamble is the only reason he is not still a monkey up in the trees.”
— Mario Puzo

Did you know?
In November 2010, Peter Eastgate put his main event bracelet up for auction on eBay with a starting bid of $16,000. It eventually sold for $147,500 and he donated the money to UNICEF.

Blueberries, Brain Food?
In 2006, Jamie Gold won the largest prize in WSOP main event history, a staggering $12 million. He was observed several times on television, during his WSOP title run, eating blueberries by the bowl full. He credited the blueberries for playing a part in the championship, calling them his ‘brain food.’

Pot is $35. Flop comes 10h 10s 5c. I check and the button bets $20, I call. I think I'm good here a lot of the time. The pot is $75. The turn comes 2d. I check again. I feel like betting here would make it easy for him to float me or raise me, at which point I would have to fold. I want to see what he does. He bets $20. Weird, weird weird. Am I getting value milked here? I feel obligated to call this bet.
Pot is $115. River comes 4h. Looks like a blank. I consider donk betting here and maybe he will fold out small pair, but I see all of those small cards on the board. I check again. Button bets $60. I don't really take that long, I call mainly because I felt like I was a ahead pre flop and the way the board ran out. He shows A9 suited. My AJ is good. I feel like if he had a hand he would have played it a little more standard and gone for value on the turn. At the river he couldn't show down.