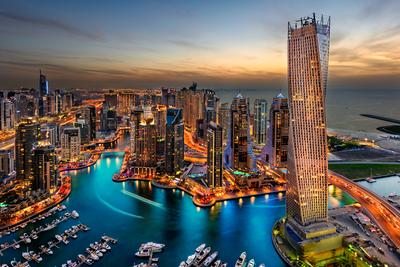 Caesar’s Palace without the Casino?

News broke last month that Dubai would be opening two major hotels from Caesar’s Entertainment Corporation, joining the MGM Grand and the Bellagio in new ventures within the United Arab Emirates. Curiously, despite all three brands being renowned for their casino properties, gambling is still illegal in Dubai, which obviously raises questions about whether the emirate might be thinking of a move to legalise gambling. Later reports stated that the branches set to open in Dubai will be running with all the luxuries and entertainments that the brand represents except for the casino itself! This situation makes one wonder what exactly the unique selling point will be for these hotels and warrants a closer look at Dubai and the broader UAE to examine what their current views on gambling really are.

While there are legal casinos in other Muslim countries, Egypt and Tunisia being prime examples, in the United Arab Emirates, gambling is totally illegal. There are currently a number of entertainment attractions which would normally be considered gambling events converted into purely entertaining affairs. The most prominent example is horse-racing which has a major presence in Dubai but with no legal means to bet on the results. This hasn’t stopped a number of people making the assumption that these racing tracks are fair game if you play online instead, but they will find, once they open up their phones, that the ban extends to online casinos! Even respected operators like Betfair Casino are banned by ISPs so that nobody can gamble whilst physically present in Dubai. The only way you could possibly get around the ban is to be on a cruise ship that enters international waters but, once docked in Dubai itself, even cruise ships are forced to suspend any operation of the casinos they operate. The reasoning for this law is widely known, the influence of Islam on the laws and governance of the UAE is well documented and the firm stance on gambling is reflected in the teachings of the Qu’ran. With such a strong opposition, and laws that prohibit the stereotypical holiday pursuits of drinking and gambling, it might come as a surprise that Dubai’s tourism industry is booming!

In 2017, Dubai had a record number of 15.79 million tourists arriving to see the magnificent city which was a 6.2% increase year on year. The number one source of these visitors was India with more than 2 million people; 1.5 million tourists came from the UK third making it the third most important source of visitors, proving that the Islamic nation is a definite draw for UK tourism. The prime draw is the excellent array of activities on offer within the nation such as the four-wheel drive experiences, the outstanding quality of beaches and the different cultural experience. But despite this they’re looking to expand and so a few major names are looking to make the jump to the Emirates.

Caesar’s Entertainment is one of the major gaming corporations operating today with over 50 casinos and hotels under its wing, as well as multiple golf courses and a reputation for hosting world class boxing matches at their flagship Caesar’s Palace in Las Vegas. Founded by William Harrah in 1937, the brand is so thoroughly associated with gambling that the idea of opening a Caesar’s hotel without a casino might seem like a strange move but, in recent years, the company has been struggling. In 2015 they filed for Chapter 11 bankruptcy protection. In a recent statement Bob Morse, the president of hospitality for Caesar’s, has stated that the firm will be re-focusing on more non-gambling sites and centres. This adjustment explains why Dubai would be a perfect fit for the new direction Caesar’s is hoping to go in - what better place to trial a gambling-free resort than in a holiday hotspot that’s adamantly anti-gambling? After the announcement, the Chief Executive Officer of the Dubai Department of Tourism and Commerce Marketing, Issam Kazim, re-affirmed that there was no plan for Dubai to be legalising gambling any time soon within the Emirate. The rationale behind working with Caesar’s was to bring more diversity to the hotels and entertainment on offer in an effort to hit their 2020 target of 20 million tourists.

But what will the hotels offer with cards off the table? Well, the current plans are for the first hotel, Caesar’s Palace Bluewaters Dubai, will feature one indoor and two outdoor swimming pools, a 630 square-metre spa and six restaurants. While it shares a name with the original Caesar’s Palace, it’s not yet sure if the venue will be hosting large scale sports and events entertainment, although it will have an event hall that could easily suit that purpose. The second hotel looks to have a more business focused approach with two swimming pools, three restaurants and three meeting rooms set up to provide business services. This venue will also have an 850 square metre event hall for larger scale business. How will Caesar’s first attempt at a gaming-free establishment go? We’ll have to wait and see.

One of the world's largest gaming operations announces plans to open two new properties in Dubai, where gambling is illegal.