High Roller Radio has interviewed some of the greatest gamblers, casino insiders, sports bettors, authors and poker players. Here is our interview with Chance Kornuth, WSOP bracelet winner, more than $5 million in live tournament earnings & winner of multiple titles on the High Roller circuit. Kornuth discusses his match with Chris 'Jesus' Ferguson, a controversial figure in the world of poker, in the 10k WSOP Heads-Up event. 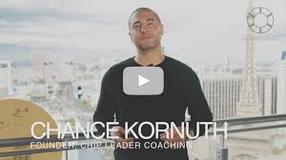 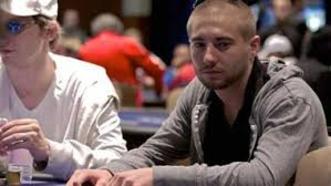 Full audio of this interview  HERE

Q: You’re playing the WSOP 10k Heads-Up Championship and, after winning your first match, you tweeted out, “Playing Chris Ferguson in Round 2 of the 10k Heads-Up. Already feel the support of the poker world. LFG.” How did the match go? And, with that support, did you feel some extra tension? Was it palpable at the table?

CK: As far as the tension goes, Chris is actually a really nice guy. I knew him before the Full Tilt Poker scandal, so there wasn’t any personal animosity there. As far as the poker community goes? If I would have lost to him I have a feeling I would have got a little shit from my peers.

Q: So how did the match go? Obviously it went well because you won?

CK: Chris had the chip lead for the majority of the match but ,when the blinds got really big, I implemented a limping strategy with my sub 15 big blind stack-size and it actually worked out pretty well.

Q: You’re into the Round of the 32, with more matches today. What do you make of your opponent today?

CK: I've only looked into my first match and I've done a little bit of research already. I’m playing John Smith, an older guy who finished second in this event last year. He’s apparently super tough, especially as far as the default you’d bring to play against him. His default matches up really well against a professiona'ls default. However, I spoke to his prior match Dietrich Fast, who’s not only really good at the game but very articulate of his understanding and analysis of opponents and he gave me a really good break-down of my opponent. I have a feeling my plan against this particular opponent will go really well.

Q: What about he PokerGo live stream this year? Do you want to be on that feature table? Is it important to get that air-time?

CK: I think for some players it’s actually negative EV just because they have to show their cards, show how they’re playing, what their thinking and maybe even the people who are watching can pick up live tells on them. For me, with Chip Leader Coaching, it would be good for publicity, especially considering most of the people who watch PokerGo are professional poker players and that's our target market. For me personally, I think it’s probably a good thing but I think for the average poker player it’s probably a bad thing.

Q: Chris Ferguson is obviously a controversial figure, a lot of people in the poker community are not fans of his. We see that both he and Howard Lederer are back at the World Series of Poker this year. You said Chris is a nice guy and that you knew him before. I’m wondering your perspective on the situation with regards to Full Tilt Poker. I have to give these guys some credit, I mean it’s ballsy to come back to the WSOP no?

CK: Yes, that’s for sure. I was actually inquiring a little bit about that to him yesterday. I asked him how he's been treated and he said this year is considerably better than past years, now that Full Tilt and PokerStars have paid via DOJ. He has a little bit more leeway. While the balances were still on hold, I have a feeling he was treated absolutely horribly. As far as my personal opinion on him? It’s very unlikely he at least didn’t have an inkling as to what was going on and whether or not he chose to remain ignorant to the fact, because of the amount of money he was making, doesn’t necessarily make him a good person in that regard. But, I also think you’d have to ask yourself, if you’re getting heaps and heaps of millions of dollars would you want to ask questions or would you just take it? So, I think it’s kind of a weird, grey area. I feel he probably didn’t do the right thing and I can understand why people are so hateful toward him.

Q: Yes, tough situation. He’s a world champion. You spoke to him throughout the match and he was nice to you. He was beloved before this scandal, I'm wondering what it’s going to take for Chris Ferguson to get back in the good graces? Is it a matter of keep showing up, keep playing, maybe win another bracelet, maybe do something nice for the poker community?

CK: I’m not sure if winning will actually help. I do think time will help. Eventually people will not necessarily forget about it but get over it. Not necessarily forgive either but just not be mad at him. He already said this year he’s not getting nearly as much hate. It’s a lot better. In another five or 10 years I think people might just roll their eyes.

CK: Yes, Emily, my wife, she works with the company. We met at the Rio four summers ago, this is our fifth summer, and so it definitely always brings back fun memories. It’s pretty damn cool.

Q: I found it very cool that you proposed on the Great Wall of China. What was that experience like? And, how has getting married changed your poker game, or has it?

CK:  The Great Wall of China was just an incredible experience. Getting a chance to go to where she grew up and propose there was just so fun. It’s one of the coolest days of my life. As far as how it’s changed my poker game? I have been focussing less on high stakes cash games where the risk/reward is obviously much higher and I’ve been focussing more on tournaments where the risk is lower and the reward is slightly lower. It’s a better opportunity, more investment, and it's about thinking ofthe future. That's what I’m trying to do, focus on the future. 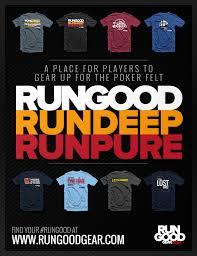