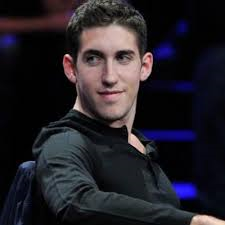 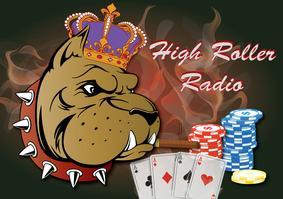 Freddie's got a Flush?
The animated show ‘The Flinstone’s’ did an episode on poker. Episode 9, Season 2; After telling Wilma that he is going to visit a sick friend, Fred runs off to a poker game, where he wins $200. To explain the money, he tells Wilma that he found the cash, and is dismayed when she places an ad in the newspaper to locate the owner.

Blasting Hellmuth
Daniel Colman is not a fan of 13-time WSOP bracelet winner Phil Hellmuth and that's putting it lightly. In 2014, He made critical comments about the 'Poker Brat', calling him a 'cancer to the world' and 'spineless.' Colman, a poker sensation, took some heat for his comments and subsequently posted in a thread on Two Plus Two to clarify his remarks:

Two Plus Two Thread
“Maybe a bit too harsh, not exactly a cancer to society but it definitely doesn't do us any good when people like him shamelessly self-promote and try and sell themselves to you.

Referring to a recent Phil Hellmuth Podcast:
“Listened to five minutes of that podcast and it got me upset listening to him prop himself up, and the interviewer was definitely feeding the ball to him. It brought back the bitter taste I had in my mouth when he came up on the stage after the One Drop win and actually said, 'Congratulations, welcome to the poker world kid.' Never met him apart from that, but I am sure he’s an overall nice guy, just really not a fan of how he conducts himself.”

Follow-Up Post
“I understand I come off poorly attacking Phil in the way I did, let's agree that I was harsh and over the top and didn't do myself any favors. I’m happy to have a dive taken in my almighty Two Plus Two street cred as long as we can focus some parts of the discussion on his overall behavior and his representing of Ultimate Bet. The media has rewarded him for his antics where he is always belittling the other players and constant talking about how he is the greatest. I am sure this has had a positive effect on his bank account, but I am not willing to go cheer him on as a savvy businessman for it. If you are going to profit off being a classless, whiny brat there should be some repercussions such as people calling a spade a spade and telling it like it is, with hopes of putting enough pressure on the person to change their ways without isolating them further (which I may have done)."

Ultimate Beat?
“As for his time at UB, if I was him, I don't know how I could live with myself being the face of a company whose owners were super-using and stole millions from players, and then shutting down and not paying out its users. I would love to have him come on Two Plus Two and answer questions about everything.”

The New World Champ?
“Look to the new Main Event champ, Martin Jacobson. Unlike the last champ, he doesn't have to go around saying he's the best in the world after winning. He plays phenomenal poker and carries himself exceptionally well, so his peers are happy to do the talking for him. I think I can speak for any legitimate pro when I say that I want someone like Martin representing the game of poker to the casual fan over an obnoxious brat like Phil Hellmuth who I think makes a complete mockery out of the game with his antics.”​

Thought for the Day:
A BAD fold is better than a BAD call any day of the week!

This successful, well-known and feared online pro become a household name in the poker world in 2014 when he defeated Daniel Negreanu heads-up to win the $1 million buy-in Big One for One Drop and a cool $15.3 million.

Colman & Busquet
In 2007, Colman was sweating known heads-up specialist Olivier Busquet playing online and was often able to correctly put Busquet on specific hands, typing his reads into the chat box as he watched ‘livb112’ battle it out. Busquet was impressed by just how often Colman was right, looked into his results and eventually reached out to him, staking him and coaching him. The relationship helped Colman on the path to becoming one of the formats most feared players, and in 2013 he became the first hyper-turbo sit’n’go player in online history to win more than $1,000,000in a calendar year discounting rake back.

Record Breaking Year
In 2014, Daniel Colman cashed for a whopping $22,139,279 in live tournament earnings, blowing away the previous high water mark by more than $3 million.