What's Next for 'Elky' After Departing PokerStars?

Bertrand Grospellier, one in a long list of sponsored players to depart the online poker giant, is expressing "excitement" about his new adventures in poker.

Grospellier achieved some recognition even before poker success. He moved to South Korea in 2000 to be professional e-sport player. His initial game of choice was StarCraft. Talent and hard work brought him runner-up title in world championships in StarCraft: Brood War just a year later. The ‘ElkY’ pseudonym comes from his gaming period. He turned to poker in 2004. When he first opened up PokerStars account he quickly became a prolific grinder, managing to achieve Supernova and Supernova Elite status in very short amount of time. He managed to earn a lot of money online, and often finished on paying positions at big live tournaments, with most notable success being the prestigious World Series of Poker bracelet. He currently holds a leading position on France All Time Money list, and 29th in general – regarding winnings in live poker events. The overall sum of it has already exceeded 13.5 million dollars.

ElkY is no longer a member of PokerStars Team PRO

Bertrand Grospellier, better known as “ElkY”, is one of the most recognizable professional poker players in the world. For quite a long time he served as a face of a big company called PokerStars. Now it has come the time to end this generally fruitful cooperation. This significant milestone in the player’s career seems like a great opportunity to make a little reminder of his accomplishments.

Grospellier’s departure from poker giant was picked up by PokerNews and PokerFuse a little while ago, and it seems like a continuation of some significant goodbyes in the industry. In fact, the famous player became yet another high-profile ambassador to leave PokerStars in recent couple months. First, one of the best and most

successful women in poker, Vanessa Selbst, decided to end her professional career. Then, Jason Mercier’s resignation was announced, as he wanted to take a break from playing for personal reasons, but didn’t completely retired. The company and Brazilian Felipe Mojave Ramos didn’t reach the agreement, so he is out as well. Also, Poland lost his only representative – Marcin Horecki.

For the Grospellier, the PokerStars deal lasted almost 12 years, consisted of many memorable moments, and resulted in quite a few successes in various online and live events. He certainly accumulated great number of fans and supporters over the years. For those reason, his decision might seem somehow sudden and unjustified, and surely a great loss for the famous platform. Regardless, the Frenchmen still remains one of the busiest personalities in the poker world, being involved in many activities, engaging in social media and poker communities, and sharing his extensive knowledge with wider audience (for example by streaming on twich). It looks however like the lack of spare time wasn’t the main factor here. Instead, maybe even more ambitious drive plays a bigger part. In his own words, published on twitter statement, the player wrote he felt “too young to only be sponsored”. Instead, he says, he would like to “bring added value”, as well as to be consulted in crucial decisions. Additionally, he expressed deep gratitude and respect for this past chapter in his life, and excitement about new adventures. 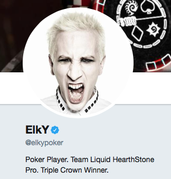 "I am too young to only be sponsored. I want to bring added value and be consulted for strategic decisions. I am now content and eager to start a new and very exciting challenge." 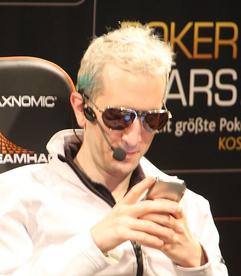