The darting world still in shock over news that Eric Bristow passed away last Thursday, April 5th, while at the Premier League in Liverpool. Sad news but perhaps almost fitting it happened at the darts, a game synonymous with his image. Tall, brash & confident, a master of mind games and fearless at the oche, Bristow was a giant personality. And, when word spread at the Echo arena, he had suffered a heart attack & died, commentators, players and fans alike were left in shock, many in tears, including Peter Wright. Snakebite, who couldn’t contain his emotion at the end of his match with Daryl Gurney. would later share his thoughts on social media: "Been an emotional time.” he said "Was extremely hard playing last night. Tried to hit the 9-darter for Eric. Thoughts with his family.. Many happy memories with you!”

"Eric always said how it was. He wasn’t one of these guys who would talk behind peoples back. He just said what he thought and it was his honest opinion. I think everybody loved Eric for that. He’s been one of the best friends I’ve ever had in my life."

Keith Deller, who beat Eric Bristow in the 1983 world championship final, bravely took to the Liverpool stage next to pay his respects. “I’m devastated,” he said. "What he’s done for our game, if it wasn’t for Eric no one would be here tonight. It’s a massive loss to our sport. He was a bit opinionated,” Deller added, "but Eric always said how it was. He wasn’t one of these guys who would talk behind peoples back. He just said what he thought and it was his honest opinion. I think everybody loved Eric for that. Real sad for me because he’s been one of the best friends I’ve ever had in my life."

As for his time at the top of competitive darts, “Eric Bristow is the biggest name our sport has ever had. A super star of our sport.” Deller said.
And, reflecting on that incredible 138 finish in ’83: "if you ask anybody in any sport,” he said. “You always want to beat the number one, the best player. To beat Eric in the final couldn’t have been any better for me.”

It really was one of the most electrifying moments in sports, a defining moment in world championship history. So clutch and such a huge upset, Deller became the first qualifier ever to win, finishing 138 for the world title after Eric passed on a shot at bullseye with his third dart, instead hitting 18 to leave 32.
“Bristow played the percentages, Deller did the business” is how the legendary Sid Waddell described it.

The crowd in Liverpool was fantastic too, chanting the entire time, almost drowning out Deller’s comments. It went on for minutes and so touching. The fans full of adoration, as was PDC chair Barry Hearn, who tweeted, "The word legend is often overused, but it's an understatement for Eric Bristow.”
Fellow darts players also paid tribute on twitter: "Such sad news losing a proper legend.” tweeted current world champ Rob Cross. "The sport of darts owes him everything, he made it the huge success it is today. He was the first superstar of darts, an amazing player but also a massive character. One of my biggest inspirations."

"One of my biggest inspirations!"

Two-time world champ Adrian Lewis was "Saddened to hear the news. A legendary dart player many of us have always looked up to.” he wrote.
MC John Macdonald provided a few impressive fun facts for us, "Bristow had a hole in one golf, a 121 break in snooker, and a shed load of 180’s in darts! Beat that anyone!”

Sky sports presenter Dave Clark used twitter for another legendary quote from Sid Waddell, "When Alexander of Macedonia was 33, he cried salt tears because there were no more world’s to conquer, Bristow’s only 27!” Clark then added a thoughtful sentiment, “Enjoy a pint with Sid my friend!” And, I’m sure Eric will.

The outpouring on twitter was unreal, so many people paying homage. "Eric Bristow. The reason I fell in love with the game of darts.” tweeted the @RealTimVine.
“He was an absolute genius,” announced BBC 5 Live Radio. "He could work out the finishes quicker than anyone else. He was brash, he was confident, he was a real Cockney.” Stars from other sports were rocked by the news as well, "Just heard the awful news about Eric Bristow.” said legendary snooker player Ronnie O’Sullivan. "A good mate and darts legend! My thoughts are with his family at this sad time.”

Boxer David Haye said he was "fortunate to spend 3 weeks as his campmate living in the jungle,” referring to his time with Bristow on the reality TV show, “I’m a Celebrity, Get Me Out of Here,” where Bristow finished 4th and delighted viewers in the UK with his quick wit & straight forwardness. Haye continued, "even on the toughest of days, his dry sense of humour & quick wit truly made the trip memorable. A real gent, he'll be missed by many.” Colin Baker, a cast member on that same show, said "So very sad to hear about Eric Bristow tonight. He kept me sane and focused in 'I'm a Celeb' and was a funny, forthright no nonsense friend.” Also on the cast that year then was 'Made in Chelsea' star Hugo Taylor, who said at the time, “I’m so happy I managed to make a friend who was completely different to everyone else I know and I’m sure we’ll be dear friends for the rest of our lives.”

It wasn't just the at oche where Bristow’s light shone. Appearances on shows like “I’m a Celebrity” solidified his star power. Some people just have it and Bristow certainly did! 'A Jungle King' read the headline at The Sun newspaper, “He wasn’t just a champ in front of a darts board, he also won over the nation during his time in the Jungle." Bristow was also great with actor Vinnie Jones. The pair had great times during a lengthy interview back in the early 90’s, played some pool and even gambled on it.

"A maverick, and a man of the people” tweeted BBC Sport.

The tributes are still pouring in. At the BDO British Internationals, organizers held a moment of applause for Bristow, indeed the marquis player of his generation. Ranked number 1 in 1980 & 1981, from 1983 to 1985, and again in 1990. He beat the legendary Bobby George five sets to three to win his first world championship in 1980. After George busted his score on double nine, Bristow nailed double ten for glory. He would go on to win four more world titles. In 1981, he beat John Lowe 5-3. In 84, slaughtered Dave Whitcomb 7 sets to 1, then beat John Lowe again 6-2 in 1985 and then Dave Whitcomb again 6-0 in 1986. Five-times a Winmau World Masters Champ. World Cup singles champ 4-times. He won the prestigious News of the World championship in 1983. He won the British Open & the Swedish Open three times apiece and claimed the North American Open 4-times. 22 Major titles and 70 career titles overall.

A legend of the highest calibre, he received international fame, toured the globe, his 22gram Harrows became a hot commodity worldwide. Everybody wanted a set. Players started using his signature Crafty Cockney flights and, of course, they all wanted one of his custom made, expensively embroidered darts shirts.

A superstar of the BDO, a founding member of the PDC, and whether you cheered for him or against him, he was most certainly epic to watch. The unique way he gripped and released the darts, his stage presence, his persona and, of course, his performances. For such a long time he was darts poster boy.  Bristow was awarded an MBE in 1989 for his service to the sport, just another in his long list of titles.

And, he died at the darts too, where he was a true legend & sporting icon. The Crafty Cockney today on High Roller Radio.” 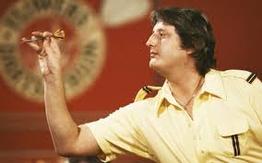 He was a 5-time world champion, a true legend of darts & one of the most colourful characters in sport - Eric Bristow, ranked world #1 for close to nine years, Phil Taylor’s mentor & one of the main reasons the game is so big & popular around the world today, has passed away at the age of 60. Arrogant, cocky & deadly with a set of darts, he was charismatic, self-assured & straight to the point. We pay tribute to one of the all-time greats, an icon, the Crafty Cockney today on High Roller Radio! 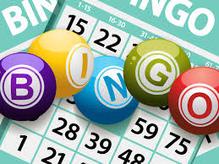 ​The Game of Darts Loses a Genius!​

Eric Bristow, 5-time world champion, passes away of heart at the age of 60, while at the Premier League in Liverpool. High Roller Radio pays its respects to a sportng icon & darts legend. The Crafty Cockney was a true genius at the oche!

Great deal for the Irish teenager, soon to be making huge waves in the world of professional darts.

The Bingo Theory Relationship!
A concept when two people harmonize their femine and masculine sides.