Chris de Beer is the South African phenom, who picks winners in MMA at a remarkable clip. We caught up to him shortly after UFC 205, McGregor's KO of Eddie Alvarez.

Sports Betting Terms to Know:
The Spread: The expected margin of victory of the favorite over the underdog. If the spread is 8, and Toronto is favored over Boston, then the expectation is that the Raptors win by 8 or more.  You can bet on Boston, which means that you expect the Celtics to lose by less than 8 or win outright (Boston +8), or you can bet on Toronto to win (Toronto -8). If the Raptors win by exactly 8, then the bet is a push (a gamblers word for a tie) and you get your money back.

Parlay: An umbrella bet that relies on winning all of several smaller bets. If you parlay Pittsburgh and Dallas (assume they’re both favorites), that means you're taking the Steelers to cover the spread in their game and the Cowboys to do the same in theirs. If both cover, then you win the parlay and get a larger payout.  However, if either team fails to cover, the bet is lost. The odds of winning your bet are worse, so the payout goes up. You can parlay as many bets together as you would like, but the more you parlay, the less likely you are to win.

Money Line: A bet you make if you just want to pick the winner and loser, regardless of the point differential. Of course, when New England is playing Cleveland, the outcome isn’t exactly 50/50, so there still needs to be an adjustment. And that adjustment comes in the form of the payout. If NE is favored -160, that means you need to bet 160 bucks to win 100. If CLE is the underdog at +145, that means that you bet 100 on Cleveland to win 145.​​​

Prop Bet: You hear about these a lot in poker; a prop (proposition) bet is any bet that’s not on the final score, but on a particular aspect of the game. A prop bet could be anything from the number of three point shots Kobe Bryant attempts in a game to how many combined onside kick attempts both teams will have. These are rarely put on the screen in sports books, but rather listed on fliers near the cage. In poker, Howard Lederer, a vegetarian, once ate a hamburger for $10,000 prop bet, one he won!

Buying Points: This entails paying cash up front to get a more favorable line for the team you wish to bet on, regardless of whether they are the favorite or the underdog. The amount a point costs varies from the size of your bet and the nature of the line, so no hard and fast rules exist.

Hedging: Hedging generally means betting both sides of a line (not at the same time) so that you can lock in a smaller victory, but remove all (or some) risk. For example, lets say you’re betting on the Master’s, and you pick Tiger to win the tourney. Then on day three, he gets a huge lead, and you can now bet the field at better odds with the same amount of money. Either way, you will make more than your original bet and your risk will be eliminated or mitigated. However, by hedging you will make less than your original bet would have paid had you not hedged.

JC Alvarado vs Olivier Busquet. The two star poker players agreed to an MMA style, six-figure prop bet. Busquet stood to win $150,000, while Alvarado would have received $120,000. Reports suggest between one and three million dollars was wagered on the fight within the poker community. Busquet won! (Left) Why pro Griffin Benger bet on Busquet. (Right) JC Alvarado discussing with us the fight before it happened!

“It’s an honor to be inducted alongside so many great players that have come before me, an even bigger honor to be recognized at age 40, the same age as the legend Chip Reese. Thank you to the living members of the Poker Hall of Fame and those on the Blue Ribbon Media Panel that voted for me.”

- Daniel Negreanu, on his induction into the Poker Hall of Fame in 2014.

The 'Don' talks about Conor McGregor's impressive knock-out of Eddie Alvarez at UFC 205, looks ahead to UFC 206 and says he's sad to see Miesha Tate retire. 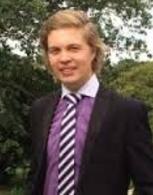 The South African phenom, Chris de Beer, has consistently been providing High Roller Nation FREE WINNERS for UFC, MMA & Boxing. He has helped us cash tickets at a remarkable rate, and has used his knowledge to build an impressive bankroll.

(Above) Author Brian Tuohy, Larceny Games & The Fix Is In, believes all sports are fixed. He is the world's #1 sports skeptic. Very interesting.

Fight Night with 'The Don' of UFC Wagering

Many UFC personalities are poker enthusiasts, including Georges St. Pierre, former champ, who plays under the banner of 888.com. Ring announcer Bruce Buffer plays the WSOP main event each year. And, former light weight champ Forrest Griffin had a classic run-in with Johnny Chan in the main event.

Fun Fact:The day after Forrest Griffin defeated Rampage Jackson for the UFC Light Heavyweight championship, he sat down to play the World Series of Poker main event and found himself at the same table as Johnny Chan. As the ESPN cameras rolled, Chan asked Griffin about his fresh black-eye and Griffin replied, "You should see the other guy!" Should note that Chan got the best the mixed martial arts legend at the poker table.