The Sunderland Case Study
Footballers are used to taking a few shots to the shins on the pitch during their careers, but earlier this season the players at Sunderland received a swift kick in the teeth courtesy of the world's bookmakers. In fact the team has been ranked among the contenders for the drop this season.

As we all know, survival in the Premier League is never easy for any team, but when the bookies are turning against you before the season is even 25% complete there is cause for concern. Of course, the odds makers don't always get it right and their predictions don't constitute fact, however, all the early signs would suggest that the Wearside outfit will be heading back down the Championship come the summer.

Naturally, we're not going to sail Sunderland down the river without a fair trial, so we've outlined some of the
reasons why the club might go down and some reasons why the players may avoid the drop.

If you know anything about the world of football, you'll know that bookmakers often have their fingers on the proverbial pulse. Indeed, many odds makers at the time of writing have Sunderland odds on for the drop. With this in mind, we decided to dive into betfair's Sunderland hub, read the prominent headlines and use this information to weigh up the club's pluses and minuses.

A Losing Start
The bookmakers probably didn't have much faith in Sunderland before the start of the season and that confidence certainty wasn't helped by a two-game losing streak. Although the team has since rallied and earned draws at Aston Villa and Swansea City, the early signs aren't good for the Black Cats.

Indeed, a 3-1 drubbing by Norwich City, a team that could be among the bottom clubs this season, is a marker as to Sunderland's current form. While no one expected the club to suddenly transform into a top-table outfit overnight, recent performances suggest that they aren't beyond the level of those around them. Not being able to overcome the likes of Norwich certainly isn't a disaster, but it's clear the team isn't particularly strong and as the season wears on that could really start to tell.

Did you know?
- In the case of Baxter v. United States, legendary pro gambler Billy Baxter fought the Internal Revenue Service and won the right to count poker winnings as earned income. Because of the ruling, poker winnings are taxed at a lower rate than other forms of gambling.
- Dewy Tomko has played the main event of the WSOP every year since 1974, the longest streak ever.
- Henry Orenstein is the patent holder of the hole cam, which allows audiences to see player's hole cards.  At the time of his induction into Poker’s Hall of Fame, he was a producer of the  Poker Superstars Invitational Tournament and High Stakes Poker. 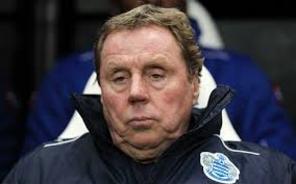 Redknapp Says...
He might not know it all, but Jamie Redknapp has watched a lot of football over the last few years and his insight into the game is often spot on. Having been a player himself he knows the pressures of the Premier League and when he says he's not confident in a club then it's rarely a good sign.

During a pre-season interview the son of manager Harry Redknapp suggested that Bournemouth could be the surprise package to avoid the drop this season, while Sunderland could struggle to reverse last season's fortunes. The main reason for Redknapp's reluctance to back Sunderland is the lack of change in the dressing room.

Although Dick Advocaat decided to stay for another season and managed to bring in some fresh blood, the few changes he has made don't seem to be enough to convince the critics. In fact, Redknapp believes the lack of "significant changes" will hamper Sunderland throughout the season and cause the club to suffer as the pressure begins to mount.

Hindsight is 20/20
Experience counts for a lot in the football world and there's no doubt last season's exploits will stand Sunderland in good stead this campaign. The players are already expecting a struggle and that probably won't be good for morale. However, the remaining players obviously have the inner-strength to overcome adversity.

Despite facing an uphill task against Arsenal with two games left to play, Sunderland managed to hold the Gunners to a draw and secure themselves another season of top-flight football. This experience may be a distant memory for those not directly linked to the club, but that experience will stay in the memory banks of those involved and could prove invaluable at the close of the coming season.

Dick Knows the Score
After being drafted into the club with just eight games to go last season, Advocaat produced a minor miracle to keep the club in the Premier League. However, after winning the hearts of the players and fans, the veteran manager announced that he was retiring from the game. Fortunately, however, he made an unexpected U-turn before the start of the 2015/2016 season and signed a one-year deal with Sunderland.

That deal prompted Advocaat to draft in the likes of Adam Matthews, Younes Kaboul and Sebastian Coates to help bolster the squad. Although many feel these signings won't be enough to save Sunderland, the manager clearly knows how to inspire greatness in his team. Yes, it was too close for comfort last season, but staying up is staying up and Advocaat clearly has the ability to repeat this feat once again.

Getting Ahead in the Betting World
Betting on football is never easy. The margins between victory and defeat in the English Premier League are extremely thin and that makes predicting winners and losers is tough. Much like a high stakes poker players looking for small edges, the route to victory in the Premier League is a matter of inches and not miles and Sunderland may be able to find a way to survive. However, if they do, then it won't be by much.

The bookmakers may have it wrong when it comes to Sunderland's chances of survival, but the fact remains that you should always do your research before you agree or disagree with them. Regardless of the price, taking some time to review the news feeds linked to Sunderland and the Premier League as a whole is a must for any sports bettor.

Indeed, you wouldn't start throwing out three-bets at the poker table without a read on your opponents, so you shouldn't start wagering money on Sunderland to go down just because the odds makers think they will. Betting, whether it's at the poker table or in the sporting arena, requires careful analysis of the facts and that's only possible if you've soaked up as much information as possible.

A lavish gambling parlour in New York, located at 5 West Twenty-Fourth Street, practically next door to the opulent Fifth Avenue Hotel, featured 'outrageous' gambling in the late 1870's.   Banking tycoon August Belmont reportedly lost nearly $60,000, in just one night, and spent the rest of the evening dining on two finely cooked ducks - making the ducks, at a sinful $30,000 each, probably the most expensive meal ever eaten during the Gilded Age.
(King of Heists)

Eric Seidel
One of the best ever!  He captured eight WSOP bracelets, was runner-up in the 1988 World Series of Poker main event to Johnny Chan, the final hand was immortalized in the 1998 film, Rounders.