Gamblers & Cheats & How They Did It!

Did you know?
Shrimp consumption in Las Vegas is more than 60,000 pounds a day -- higher than the rest of the country combined!
Tidbit: Boulder City, located a few miles southeast of Las Vegas, is the only town in Nevada that prohibits gambling.

Do Big Time Gamblers Have Inside Info?

High Roller Radio spoke to Brian Tuohy, the world's #1 sports skeptic and sports conspiracy theorist and author of The Fix Is In, who believes they must! Press Play baby!

​Did you know? Touhy has written three other books, including Larceny Games, has appeared as a guest on a myriad of talk shows including the Alex Jones Show, and continues to push his message that all sports are fixed and corrupt.

Primitive Times
Gamblers in ancient Greece made dice from the ankle-bones and shoulder blades of sheep.

Roulette Anyone
Roulette was invented by the French mathematician and philosopher Blaise Pascal, a by-product of his experiments with perpetual motion.

Light Bright?
The marquees of the 50 largest casinos and hotels in Las Vegas use enough electricity to run more than a 1,000 average U.S. homes.

Suitable Story?
The designer of the first deck of playing cards also decided to represent specific cultures with a deck of cards, cultures with major influences on the world before and during the 15th century. Therefore, the suits of spades, clubs, diamonds, and hearts represent the Middle East, Greece, the Roman Empire and the Holy Roman Empire respectively.

Casino Myth?
You may have noticed the coconut aroma that permeates the air in the Mirage and Mandalay Bay, or the old-lady perfume smell in the Venetian. Casino's say they don't do this, but  research has revealed they're lying. Aroma Systems Inc. manufactures these devices and it lists these and other Vegas resorts as clients.

Two bored dealers are waiting around for someone to walk up and try their luck at the craps table. A very attractive lady comes in and wants to bet twenty-thousand dollars on a single roll of the dice. The dealers agree. She says, “I hope you don’t mind, but I feel much luckier when I’m half naked.” With that she strips from the waist down, and rolls the dice while yelling, “Momma needs a new pair of pants!” She then begins jumping up and down and hugging each of the dealers.
“YES! I WIN! I WIN!” With that she picks up her money and clothes and quickly leaves.The dealers just stare at each other dumbfounded. Finally one of them asks, “What did she roll anyway?” The other answers, “I don’t know. I thought YOU were watching the dice!”

Amarillo Slim's Greatest Prop Bets
• Playing Minnesota Fats in one-pocket with a broom.
• Hitting a golf ball a mile on a frozen lake—inspired by Titanic Thompson.
• Wagering a cat could pick up a Coke bottle.
• Betting on which sugar cube a fly would land on in an Arkansas jail.
• Outrunning a horse for a hundred yards (no one ever said anything about the race being a straight-away. Horse had to stop and turn around. Slim won!)
• Holding a horse’s tail for a quarter of a mile in San Angelo, Texas.
• Beating Bobby Riggs at Ping-Pong with a skillet.
• Betting a champion bowler he couldn’t bowl seventy blindfolded (and that a driver with a little physical impairment could)

* Was killed at the poker table while holding a monster, Aces & 8's, which is still known today as the 'Dead Man's Hand.' The fifth card is still unknown and largely debated. The man who shot him, Jack McCall, was an unsuccessful gambler. The motive for the killing is not known buy some believe McCall felt belittled after Hickok gave him money for breakfast after he had lost his playing cards all night.

Did you know? Hickok was inducted into the Poker Hall of Fame in 1979.

Did you know?
Mike ‘The Mouth’ Matusow, one of the best players on the planet, wrote in his book, Check Raising the Devil, that a few days before the 1998 Main Event he had a dream, which vividly depicted Scotty Nguyen as the eventual Champion.  Despite his friends' and mother’s objection, Matusow decided not to play the main event, and instead give his entry fee to Scotty for 33 per cent of any prize money.  One week later, Nguyen became World Champion and ‘The Mouth’ was $333,333 richer – his share of the $1 million payday.

Tidbit: One day after the 1998 World Championship, Scotty Nguyen’s brother was killed in a car accident back home in Vietnam.  To this day, Nguyen does not wear his Main Event gold bracelet.

A Long, Long, Long Shot!
The 1913 Kentucky Derby produced the longest long-shots in the history of the race when 91-to-1 outsider 'Donerail' claimed victory. A hundred years ago, those putting $2 on 'Donerail' would have collected $184.90.

Roulette Wizard?
Spanish record producer, Garcia-Pelayo, decided to leave music and devote his energies to his passion, roulette. In the 1990's he became the first person to exploit wheel bias and retired with more than $1.5 million in the bank. What is wheel bias? In some cases, the wheel is not perfectly level allowing the ball to land on certain numbers more often than others.

Stable Boy Turned Millionaire
It was a great bet indeed.  In March 2012, 29-year-old Irishman Conor Murphy placed the luckiest wager of his life at Cheltenham race track. He put $75 on all five of his boss's horses to win and, guess what, they did. Murphy scooped a stunning pot of $1.5 million in the accumulator. 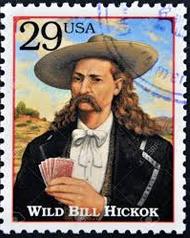 “Everything you can imagine is real.”

Rounders II?
“I’ve discussed making Rounders 2 with Matt Damon and I would say that’s going to be instantaneous. The guys [writers David Levien and Brian Koppelman] have a great idea, a way to make it more international where you start the card game in Paris, that’s all I want to say. There might be a certain beautiful Parisian actress involved in it, and then we’re off to the racetrack and Vegas with Matty and Edward Norton, and a new super villain to replace John Malkovich.”
- Harvey Weinstein, film producer