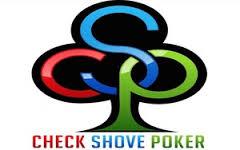 "He's the Best!"
High stakes pro Dong Kim, part of the Brains v AI match with 'Libratus', talks about good friend and mentor Doug Polk, considered by many to be the best heads-up player in the world.

Q:  Is the marquis event this year the first ever Colossus? And, what issues do you expect with that monstrous field?

HC: Absolutely. The WSOP is pushing that really hard this year and I’m glad they are. I think it’s a great idea. I don’t know how manageable it’s going to be, they’ve prepared very hard for it, but once you get 15,000 people in there you might run into some issues. Other issues you may face include expensive hotel rooms, long taxicab line-ups at the end of the night and, going in and out between hot weather and cold weather, you have to make sure you have your supplements ready so you don’t get sick. When you’re out there for 44 days, and you’re dealing with 10,000 people at the Rio, players are bound to get sick. You have to keep your immune system up, so there’s lots you have to deal with. I’m really glad I have all that experience from last summer to help me get ready for this summer.

"He Got Sober, Fit & he Got All the Money!"
Evan Jarvis, @GripsedPoker, talks about 2012 world champ and good friend Greg Merson. 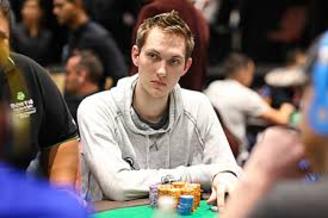 High Roller Radio has interviewed some of the greatest gamblers, casino insiders, sports bettors, authors and poker players in the world. Here, our interview with Hunter Cichy, a cash game pro and poker instructor living in Florida. He's cashed nine times at the World Series of Poker, including a 116k score for 2nd in the WSOP's first ever online championship.

Q: You had a great summer last year. You were 89th in the main event, plus you had three other cashes.

HC: It was pretty cool. I had a very successful series prior to the main event. I had three other cashes in bracelet events; the mix-max, the Millionaire Maker and the $1,500 Shootout. I had success heading into that series, so I had quite a bit of money going into that. It was my first ever main event so I was a bit nervous but, having a strong deep stack cash game background, it was the perfect event for me because the structure is so good. You have two-hour levels, you play several days, so you’re not in any hurry to get in any huge pots. It’s a great event for someone with the post-flop skill I’ve developed because of cash games. I was able to use that to my advantage quite a bit. I wasn’t actually all-in until very late on Day 4, so whenever you can play 48 hours of poker without being all-in that’s incredible.

Q: Guys like you, Hunter, who play all the time, it’s their profession, have a big edge in big events like the WSOP main or the Colossus?

HC: One thing I tell my students, who are really trying to get serious about poker, is that I’m studying two hours a day, every day, that’s 14 hours a week, and that adds up to more time than most amateurs are actually playing poker. It’s very important to keep that in mind, that if you really want to improve, it’s a huge time commitment. A lot of people don’t understand that. When all these people are coming in for the Colossus and main event, I’m studying poker more hours a year than most are playing. There’s the edge.

Q: What are your thoughts on these HUDS (Heads-UP Displays)?

HC: Having a fundamental understanding of a heads-up display is huge. Just knowing what VPIP/PFR means, voluntarily put money in pot/pre flop raise, understanding what a standard 3-bet percentage is, being able to evaluate how often someone is stealing the blinds, how often they're folding to a c-bet, is huge in live poker. Even if I don’t know what the exact numbers are at least I know what they should look like.

Q: Many of these tournaments nowadays are going to the three Day 1 format, giving players more than one chance to play the event. Some say it gives an unfair advantage to the richer player. Your thoughts?

HC: I think it’s a great idea, especially for bigger buy-in events, because people are flying across the country. I’m always flying to Atlantic City or Vegas, and when you’re flying back and forth you need to have multiple starting flights to realize your total value in the tournament. You never know what’s going to happen. You can get it all-in Aces versus Kings and get snapped off after just two hours, after flying six hours across the country. It’s very important to have multiple Day 1’s, with multiple buy-ins.

Q: Can you tell us one area players struggle with? I know you coach a lot of people and you must see some leaks?

HC: Minimum defence frequency, which is something very few people understand. Very few people realize how often you need to be check-calling flops, turns and rivers, to defend against aggressive opponents like myself. People don’t realize that I can take any two cards, I don’t even have to look at my cards, and bet and expect to profit because they have no understanding of defence frequency. A lot of players have no idea how to play turns and rivers correctly. It’s rewarding. I’ve had a few of my students increase their $2/$5 win rates by $30 an hour, and a few by more than $40 an hour, that’s a pretty strong point to be made for my coaching.

HC: Pre flop is the foundation of profitable post flop play. A lot of the times, you can make all the right decisions post flop and still end up losing a really big pot. Often, that's because you've made a mistake pre flop and the mistake gets compounded post flop.

Q: You’re from Minnesota but decided to move to Florida to play the lively cash games there. What was that conversation like, as a young man, with your parents?

HC: Initially they were’t on board with it. They didn’t like that I was staying out all night on Friday nights to play poker, $2/$5 or $5/$10 no-limit, because they just didn’t understand it. They didn’t like the casino environment and rightfully so. Obviously, if I had kids I wouldn’t be encouraging them to be in a casino 40 hours a week, especially when they’re trying to complete a paramedics degree. It’s not a stable income, that’s another concern they had, but after they saw how much money I was winning, I bought a new car, paid off my student loans and moved to Florida, they were totally on board with it. Now they fully support me, which is cool.

HC: Absolutely, it’s pretty incredible. I love the non-stop action. There are not too many places in the world where you can show up at noon on a random Monday and play 5$/$10 no-limit, or ten and a quarter, I think that’s pretty awesome.

Q: You mention that you study two hours a day. Do you think that’s one area players neglect, the study aspect?

HC: Absolutely. You can’t expect to get better at anything unless you’re practising. A lot of people assume they an get better at poker just by playing, they assume that’s their practise, when everything is done off the table. Being able to go into a program like Poker Cruncher or Flopzilla and start breaking down flop textures and range versus range equities is something that’s critical to your development. Many players don’t even consider doing that. I push that really hard in my coaching program. It’s why I win the amount I do because I’m willing to put in that time off the table. 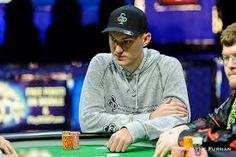 Full Audio of this Transcript  HERE

​
Q: You just had a big score at the Seminole Hard Rock in Hollywood, Florida, coming 5th for close to $22,000. Does that bankroll boost give you confidence heading into the World Series of Poker?

HC: I think so. It’s given me a boost and it’s also got my mind right for final table play. Going deep in big events, learning and knowing how to manage the stress involved, certainly plays a big roll for me and what’s coming up this summer at the Rio.