How an Elite Pro Prepares for WSOP?

Jonathan Little, more than $8 million won, two WPT titles & World Poker Tour Season VI 'Player of the Year,' talks about how he gears up for the WSOP grind.

Solitaire is a Skill Game?

Yes! Are slot machines going the way of skill? 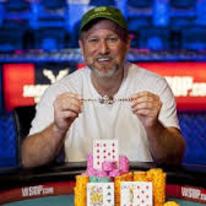 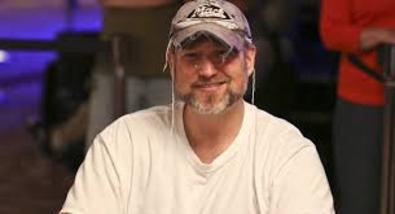 CT: Yes, it was pretty amazing. The final table was fast and furious until we got three or four handed. I thought it was going to be a real battle because we were all evenly stacked. I got really fortunate three-handed, in the limit section, to get a lot of chips and then things just happened, I got whacked by the deck and was on the good side of variance. It was kind of exciting, I really expected a long heads-up battle. I didn’t really know much about Eric, I never played with Eric, but I knew, just by watching the final table, he was there to win. He wasn’t giving anything away.  He wash;’t taking a lot of chances, so I got really fortunate that he had a big hand and I had a big hand. I’m really happy it only lasted four hands, after that anything can happen. Like I say, I got on the good side of variance.

Q: How did that final hand play out?

CT: It was the river, I had 10,9, and now I can’t stop playing the old ten-nine suited. It was the fourth hand of heads-up, If I get it I’m playing it, it just doesn’t matter. It was the fourth hand, I was in the small blind. It was the no-limit section, which was playing smaller than the limit section. He raised, I called. I flopped middle pair, which I thought had a good chance of being the best hand. I didm’;t see any reason to blow-up the pot because we were so deep. I turned the open-ended straight flush and on the river I hit gin. I led into him hoping he’d light it up or at least had a hand. I knew he was good enough to light it up if he didn’t have a hand because it looked it looked kind of ‘bluffy.' I was fortunate that he did have a hand and that he lit it up. It’s just pretty incredible holding that, in that spot. I knew he was going to shove too. I’ve watched the recap a few times and I just knew. I was nodding to my buddies in the stands. Once I led and he lit it up, I knew it was going to be for the whole tournament. He was too short to min re-raise. He just had the perfect stack size, that if he was going to re-raise it was going to be all-in.

CT: It was pretty unbelievable. It’s a cool experience. No matter what happens from here on out they can never take it away. You know, for one day, one moment, I was a WSOP bracelet winner. It’s pretty exciting. You know what’s really cool? I think it’s the only time in history anybody ever won at the World Series of Poker with a straight flush. I think it has to be. That’s historic!

Q: Describe your game for us. Are you a specialist in one game or do you like them all?

CT: I play a lot of different games, limit is my niche. I started at Foxwoods a long time ago and there was no no-limit. There was no no-limit until 2003 and Moneymaker. Very small pockets of the country had no-limit and they were mostly really big games. We didn’t have $1/$2 or $2/$5 no-limit, it just didn’t exist. We really didmt even have limit hold’em. There were a hundred tables at Foxwoods and maybe ten of them were that ‘crazy limit game from California’, you know ‘that’s what they;re playing over there.’ We had stud and stud and stud, that’s how I started playing. I’m really grateful for that because I think it’s easier to go in other directions with stud as your base. Al the kids coming in now to no-limit, it’ll be harder for them to go tomother games because they’re completely different. I spent a lot of years playing stud and that’s still truly my first love and my favourite game to play. I seem to have a real understanding of it.

Q: Are you at Foxwoods now, I haven’t interrupted a cash game or anything?

CT: No, I just bought a house in Colorado, in the mountains, and part of the reason I bought a house here, I’be nee coming here for the past three or four years, is because there’s a great $30/$60 game here. So, I’ve always kept my eye on real estate prices here and kind of fell into this opportunity here that is just unbelievable.

Q: What does it take to achieve the kind of poker success you have?

CT: Well, it takes total commitment. I’ve made a lot of sacrifices. I’ve had other jobs but never really felt like ‘that’s’ what I’m going to do the rest of my life. Ever since I started poker, I’ve had that feeling, that ‘this is what I’m going to do the rest of my life.’ I have a deep feeling for poker, I love the game. I just always wanted to get better so I spent many years trying to do that. When online poker was huge, I worked hard and studied. I worked with a lot of players much better than myself at no-limit, to try and grow, because if you want to make money at poker it’s going to be in a no-limit tournament. It’s not going to be in a stud tournament unless it’s a 10k at the World Series of Poker, you know just one tournament a year.

Q: Do you set goals for yourself? How do you approach a poker tournament?

CT: I go in and play that hands that I’m dealt. I like to adjust on the fly. You have to give yourself that opportunity to make the money, then you have to move up in the money, the you have o get to the final table. The first hand of that final, I folded what I thought was the best hand. It was the best hand. The very first hand he opened from under the gun and I flatted from the button with two tens, sometimes I three bet there but for some reason I just flatted, the small blind moved all in and Cajaleis moved all-in over the top. I just folded two tens face up. Phil Ivey gave me this glance because I faded the flop and I faded the turn, and I might have missed a great spot to more than double up there, but I would have been nailed on the river. They both had a queen, one had ace-queen and the other had king-jack, and a queen hit. I don;’t like to be results oriented but it just felt like the right fold at the right time. A lot of times I’d never fold there for my life. I would three bet and the guy would four bet shove, I don’t know what Eric would have done, and I would have lost a smaller pot. A small pot but I still would have lost it. So, I never really have a particular game plan, it depends on what the game is and what’s going on.

Q: You mentioned Phil Ivey. What makes him such a dominant force in poker?

CT: I’ve played with him a couple of times, once a long time ago, and he’s always paying attention to what’s going on. That’s the key to his success, he’s just always really dialled in. It’s pretty amazing actually.

Q: You win the bracelet, big score, what’s it like taking that money slip to the cashier’s cage?

Q: Straight Flush final hand, really? Can you walk us through that moment for us?

CT: It was pretty amazing. I was heads-up against Eric Cajaleis, who’s a really nice guy. I think he looks a lot tougher than I think he actually is, I think he’s a big teddy bear.

Q: Cajaleis owns a club in Montreal, well known on the circuit with a WSOP bracelet and more than $3 million won lifetime. He’s a tough guy to beat.​

Chris Tryba is a professional poker player, a regular in a $30/$60 cash game in Colorado, and a WSOP bracelet winner, who captured his gold jewellry in dramatic fashion. In what has to be a WSOP first and only, Tryba defeated Canadian Eric Cajaleis on a straight flush final hand! Wow!