Bracelet Winner & 11th in Main Event. This French Canadian, a huge fan of the Montreal Canadiens, has had a ton of poker success; WSOP bracelet, 11th in the main event & some big wins on the WPT too.

Poker Legend! Kathy Liebert has won more than $6 million playing tournament poker. She won the first ever Party Poker Million. She talks about her life in the game, her success, money management and women in the poker.

2013 November Niner! This French Canadian is good friends with 2010 world champ Jonathan Duhamel. Both play on the same dodgeball team and both had the same rail for the final table. He was card dead but "happy with the money" and why not? $1.6 million baby! 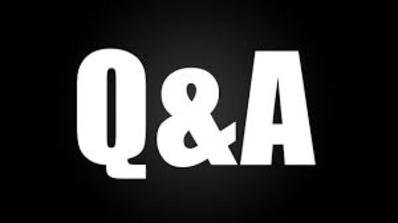 Old Time Cheats & How They Did It!

This author, Famous Gamblers, Poker History & Texas Stories, is a road gambler who knows how to 'bird dog,' spot cheats and beat them at their own game.

* Jan Fisher spent 15 years as a poker dealer and worked alongside Johnny Chan, who also happened to be a dealer in the early stages of his career.
* She is a founder of the Tournament Directors Association and has served as the TD for the highly successful PartyPoker.com Million events.
* The first organized poker competition with a tournament director was the 1973 WSOP.  Eric Drache, producer of High Stakes Poker and a member of Poker's Hall of Fame, oversaw the WSOP that year.
* Jan Fisher was seen on the Travel Channel as the live studio announcer for the Professional Poker Tour and also was the statistician for the World Poker Tour for its first six seasons.

“If there wasn’t any action around, he’d play Solitaire -  and bet against himself.”
- Groucho Marx about his brother Chico.

Electronic Poker
In electronic poker, a game that features 'live' people but no chips or dealers, players are given 45 seconds to act. Like online poker, stack sizes, fold, call or bet features, and your opponents stats are all displayed on a little computer monitor in front of you. It's like playing online poker but you can see your opponents.​​​

This High Roller claims to be 'broke but living like a millionaire' and is one of the original 'Bad Boys' of poker. He has travelled the world, played the $1 million Big One for One Drop and appeared on Survivor China, finishing 8th. JRB baby!

This author, Larceny Games & The Fix Is In, has been a guest of the show several times. Here, he talks about big time sports bettors and whether or not they have inside info.

Is the fix in?

High Roller Radio speaks to Tyler Patterson, who won his bracelet in Pot Limit Omaha Eight or Better, the very first time he ever played that variation. What a feat. He tells great stories about the bracelet, his friend Matt Affleck, who suffered a horrific beat against Jonathan Duhamel in 2010, and more.

High Roller Radio speaks to Rich Muny, senior VP of Player Relations for the Poker Players Alliance, a poker players advocacy group. He discusses 'Black Friday', online poker in America and our simple right to play the game we all love. Poker & politics.

2006 WPT 'Player of the Year'. This Canadian has been called the Clown Prince of Poker for his lively table banter. He is the proud owner of a WSOP bracelet and two WPT titles.

Parrtial transcript of this interview HERE

Poker pro, Host & Part Owner Live at the Bike. Nichoel Jurgens is the voice behind Live at the Bike, a popular live stream cash game from the Bicycle Casino in Los Angeles. She has played professional for more than 11 years. "LA is the real Poker Mecca!"