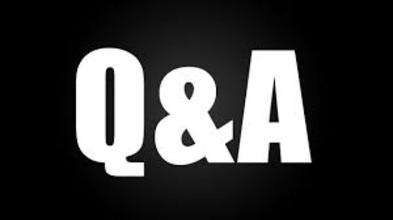 One of our numerous chats with 'The Chainsaw' Allen Kessler, who's had more than 50 cashes at tne World Series of Poker, 3 runner-up WSOP finishes and several millions won. He was also named the Heartland Poker Tour 'Player of the Year'.

This Irish legend is a true character of poker. Always good for a funny story or strong opinion, Padraig Parkinson talks about his 3rd place finish at the 1999 main event and shares with us some fascinating poker/gambling stories.

The Collection
1) A Bold Bluff
(originally titled Judge St. Bernard Stands Pat on Nothing)
2) A Friend in Need
3) His Station and Four Aces
4) Pinched with Four Aces
5) Poker Sympathy
6) Post Mortem
7) Sitting up with a Sick Friend
8) Stranger in Camp
9) Waterloo
10) Ten Miles to a Garage
11) Riding the Goat
12) New Year's Eve in Dogville
13) One to Tie Two to Win
14) Breach of Promise Suit
15) The Reunion
16) A Bachelors Dog

America's #1 gaming author talks to us about his books, including his latest Casino Conquest and his best-selling Golden Touch Dice Revolution, and reveals some casino insider information on beatable games and advantage play.

This Canadian won a WSOP bracelet in 2013 in the $1,500 Omaha Hi/Lo event, the same event he finished 4th in the very next year. We love 'Big Wheel' baby!

"I had an ID. I was Jerome, Jerome Graham. That was my name. Everybody in Atlantic City knew me as Jerome until I turned 21. When I turned 21, I walked into the Tropicana and found the shift manager. I said, Hey, my name's Phil." She said, "What?" I said, "My name's Phil. I'm sorry. She told me it was OK. She didn't think I was old enough to be in there anyway, but there was nothing they could do then; I was official."
- Phil Ivey

"A lot of people who play professionally don't enjoy what they're doing, and you can tell, and it makes a difference. I love poker. I love everything about it. It's the greatest game in the world. I'm always trying to improve and always thinking about getting better. Some people I play against are just playing because that's their job, and that's a big advantage I have over them."
- Phil Ivey

If a slot machine has been "cold" for a half hour or so, it is due for a big payout.
False: Casinos say this is untrue: A computer number generating program determines when a machine pays out. It could be twice in a row, or just once over 2 hours.

General Rules/Etiquette
Chopping the Blinds in Cash Game?
1) If the other player wants to chop routinely, then be cooperative.
2) Don’t let anybody else bully you with selective chopping on his terms.
3) Whatever you decide with another player, honor your agreement, and always be friendly and cheerful about it.
- Robert Wooley, the Poker Grump Blog.

Definition of HIGH ROLLER
Noun:
1: a person who spends freely in luxurious living
2: a person who gambles recklessly or for high stakes
— high–rolling

The director of Holy Rollers; The True Story of Card Counting Christians, talks to us about blackjack, counting cards and christians versus the casinos. Hit me baby!

This guy is great! The runner-up to Joe Hachem at the 2005 World Series of Poker has a dynamite and lively discuss with us about his poker life, his remarkable maine event run, Mike Matusow, Phil Hellmuth and more.

This patent attorney turned the poker world on its head in 2005 when he steamrolled his way to the world title and a cool $5 million. Great Q&A as he delves into hs poker career, his poker life, his winning hand against David Williams and much, much more.

She specializes in sports psychology and peak performance and has authored a few books, including Positive Poker & Peak Poker Performance.

This poker hall of famer won the world championship in 1983, defeating Rodney Peate in the longest heads-up battle in World Series of Poker history. He is also responsible for the non-smoking signs in poker rooms across America.

This avid poker player and regular at the legendary Commerce Casino is an actor, stars of such films as Major League 2 & 3 and Enter the Dragon, the Bruce Lee Story. He talks to us about poker, Hollywood Home Games, Charlie Sheen and more.

Back
Next
View on Mobile