This guy is good. The founder of Check Shove Poker talks to us about the poker grind, his run in the WSOP online championship and his focus on instructing poker.

Professional card counter and founder of  Blackjack Apprenticeship. He was the feature subject in the documentary Holy Rollers: the True Story of Card Counting Christians.

Are all sports fixed? Does the gambling mob world control sports superstars? What about league manipulation? Brian Tuohy, author of The Fix Is In, talks to us about being the world's #1 sports skeptic and conspiracy theorist.

Most Recent Q&A with Brian TuohyHERE

The #1 Mistake in Poker?

Henry Orenstein
He convinced Hasbro to produce Transformers! Orenstein holds 100 other patents, including one of his best-known, Patent 5,451,054, which gave him exclusive rights in the U.S. to detect and display hole cards in poker games. Yes, the hole cam. He was producer of High Stakes Poker, is a member of the Poker Hall of Fame, won a bracelet in 1996, and at the age of 90 made a WSOP final table alongside Phil Hellmuth.

Note: The WSOP now streams its final tables using RIDF technology, which employs special cards encoded with a digital chip so they can be read right from the felt.

The Suicide King & Other Names?
The King of Hearts is the only King with no moustache, and is also typically shown with a sword behind his head, making him appear to be stabbing himself. This leads to the nickname "suicide king”.

The Jack of Hearts is sometimes called the 'laughing boy.'

The Ace of Spads, unique in its large, ornate spade, is sometimes said to be the 'death’ card.

The Queen of Spades, usually holds a scepter and is sometimes known as "the bedpost Queen", though more often she is called "Black Lady”.

In many packs, the Queen of Clubs holds a flower. She is thus known as the "flower Queen”.

This guy won a WSOP bracelet in only 14 hours, the first ever Turbo Championship. Great guy!

Card Player Lifestyle blog editor Robbie Strazynski has his finger on the pulse of the poker world. He co-owns the app Poker Notes Live and his blog is one of the top 30 poker blogs in the world.

This Englishman is a poker legend across the pond. A double bracelet winner at the WSOP and he won one of his bracelets in front of one of the largest rails in poker history. More than $3 million won and the first player in WSOP history to reach three consecutive final tables.

The author of Poker Samadhi talks to us about the meditative powers of finding your poker dharma.

The 'Voice of Poker' in Massachusetts, Bernard Lee works for ESPN, plays elite poker and gives a lot of his time and energy to charity. 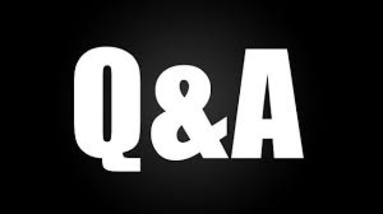