Every year, the World Series of Poker (WSOP) attracts multitudes of players and fans to the 'Sin City’ making it the richest sporting event globally. Habitually held at the Rio All-Suite Hotel and Casino, it is arguably the largest poker festival around, and has almost single handedly been responsible for the growing poker revenue in Vegas. Having featured 69 bracelet events and a record high 107,833 entrants last year, this year the WSOP is set to highlight an additional five bracelets which might see an increased participation. However, WSOP is only one of the games among many in Las Vegas. There are several poker hotspots that host their own and equally massive poker tournament series during the summer with pure fun for you to soak up. Featuring tons of events for both locals and visitors, here are some of the splendid experiences you might want to try

Once again, The Wynn Las Vegas hosts the summer classic this year, with a little over $5 million Prize guarantee featuring 36 events. The much-anticipated no-limit hold’em events of 3rd and 4th June will guarantee $100,000 with $550 buy-ins. The festival kicks off on 2nd June, running through to 16th July. Unique to this edition is the Seniors’ Event offering $100,000 to be played on June 12. The 3- day Championship event between 4th and 6th July will be the highlight of this tournament with up to $1,000,000 guaranteed prize pool. 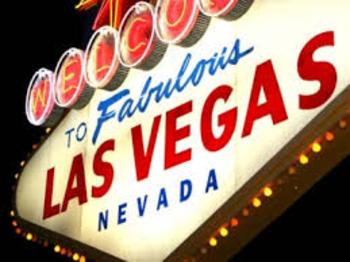 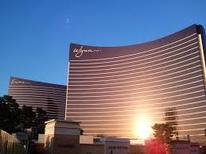 Hosted by the Bellagio Hotel and Casino for the 12th year now, this event should not be missed by all means. Featuring the most praised poker rooms in Las Vegas, the Bellagio offers excellent ambiance for gaming. Apart from the fact that you might stumble into elite poker Pros playing at the Bobby Room, the tournament will feature a series of no-limit hold’em events spread over five days with the first on July 14 at noon. The $10, 400 buy-in event highlights 38 levels with each lasting 90 minutes.

Hosted by the Golden Nugget, this 90 event series runs from 31st May to 3rd July. Highlighting a $570 buy-in event with a $500,000 guarantee on June 29, this downtown gig is set to attract a considerable number of entrants. The Golden Nugget is one of the legendary homes of televised poker show High Stakes Poker. This could be your chance to rub shoulders with some famous poker pros. It is a good place for players who love small buy-ins with mixed games. It will be holding 30 minute-levels mixed Pot Limit/8/ Omaha/B/Big O Championships on 27th June; an interesting segment in the series.

The Binion’s Hotel and Casino will be holding this annual event, which comes with guaranteed prize pools of over $800,000 from 2nd June through to 4th July. The Binion’s Poker emits a feeling of historical posterity for poker historians and purists. As usual, the tournament will showcase an array of games like the 7-card Stud, HORSE, Omaha 8 or better, 7-card Razz, Triple stud with a mix of NL Hold’em as well. The NL Hold’em Championship is running from 25-29 June guarantees $200, 000 in prize pools.

Traveling for the Tournament

The Las Vegas tournament can be even more fulfilling if it doubles up as a family vacation. Las Vegas has something for everyone, especially in the summer. This period is usually hot and windy, so visitors from cooler areas will like it here. Evidently, some of the top tournament locations are also the best holiday destinations. However, if you are on a budget, flexibility will pay off. You could sign up for flight alerts that will show you when fares drop so you can work around it. Also, consider flying into nearby cities like Phoenix or Los Angeles, which is at times cheaper than direct flights to Vegas. The 4-5 hour drive might be part of an unforgettable adventure too. Plenty to take in along the way.

Family members can either tag along to the events to support players or stay behind and participate by playing or watching online. Old Havana Casino, for example, offers a wide array of online games with free software downloads and a 24- hour support line for gamers. It accepts players from all over the world and allows everyone to access all possible information about the casino from the confines of their homes. The beauty of it all is that you do not need to pay over the top to participate. In it, you get to meet a large number of highly accomplished pros who have over the years perfected their art, becoming some of the finest players of our time. Rubbing 'shoulders' with some of these individuals helps you better your game and learn about the core aspects of poker tournaments, both online and off the web.It is an experience worth gushing over, that's for sure.

The Hottest Poker Tourneys in Las Vegas This Summer

Are you in the action?

Among one of the most prominent summer tournaments in Las Vegas; usually, a 90-event tournament hosted by the Venetian Sands Poker Room. Kicking off earlier than usual, this year, DeepStack Extravaganza III features 110 events guaranteeing a whopping $21Million in prize pools. The series’ top games include multi-day events of pot-limit Omaha,

If you don’t have a bankroll to graze in the WSOP, then the popular Goliath Phamous Series at Planet Hollywood offers an unforgettable experience with over 7.5 million USD in guaranteed prize pools through 100 events. Running through to July 13, the 2017 series opens with the Ultimate Goliath no-limit hold’em with a guaranteed $500,000 prize starting with three flights at a $600 buy in. Highlighted by the Goliath Milly on 4th June, the tournament features many Stack events with guaranteed Prize pool of $1 Million. Also, the Goliath Main Event is one spectacle to behold. Coming with a $2Million guaranteed prize pool, the event is set for the 28th of June. Last year, this event alone attracted a record 2,332 entrants. The Grand Finale begins on the 9th of July and features many Stack games and the High Roller Mega Satellite events.

Dark Side of Felt