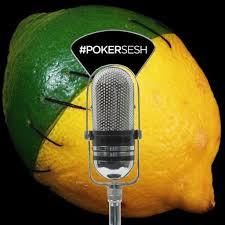 Did you watch, or have any interest in, the Cate Hall v Mike Dentale heads-up match?

LP: (Laughs) No. Now that computers can beat humans at heads-up poker, why would I tune in to the junior varsity game? It’s like watching foxy boxing. I’m interested in elite athletes, mental or physical, and I’ll watch whoever plays a computer and nothing else.

LP: Yes, that and three bucks will get you a cup of coffee. 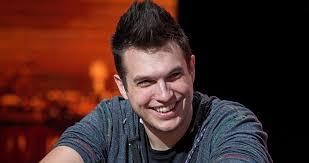 Q: I want to bring it back to Doug Polk for a second because I find this issue of 'big timing’ to be fascinating, especially in a live setting. You’re saying, treat the fish well, with respect, and they’ll stay longer and give you great action? 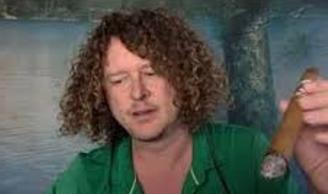 many versions of ‘Libratus’ have been downloaded, but he’s one of the better human players and I am not one of the better heads-up players. I don’t think? I don’t know because I don’t play heads-up. Heads-up is stupid and a waste of time in a live setting. So I take a little negative EV gamble, he takes a little negative EV gamble, and hopefully we both make some money on the backend. But, you know, he decided he was going to big-time me and you just don’t big-time the fish. Very rarely in my life have I gotten to be the fish, so it was fun being the fish once. All my life I’ve had to watch these fish go off on professional poker players and the professional poker players just have to sit and take it because they know, the good professionals know, this is the guy that pays their bills. In this instance, in this heads-up match, I’m the fish and you have to treat the fish with respect. I gave him a little lesson on that. I thnk he is coming to grips with a lot of realities about poker right now. He’s gonna be a youtube star instead of grinding cash at the casino, and that’s a smart move by him, but he’s still trying to pimp the poker industrial complex messages for his youtube stardom whereas I don’t pimp that shit. I just tell it like it is man, I just tell it the way it is. Poker is a heck of a hobby but it’s a shit-bag job and tournament poker is a farce. It’s a complete farce but the reason it persists is because there are a lot of people who gave up their lives to become a professional poker player and they need to convince someone it wasn’t a bad decision. So, even though they’re living hand-to-mouth, they’re in make-up, they’re swapping like crazy and everything didn’t turnout the way it was supposed to turnout, when they finally get to lift some goof-bag trophy they need to tell everyone. ‘See, I did it, it was all worth it.’ The next thing you know, they’re begging for a buy-in at the next tournament stop because all that did was get them out of make-up after paying off all their backers.

Q: I want you to reverse roles if you could because I do think it’s a very important message you’re sending here. If you were Doug Polk in that situation, and he were you, what would have happened there?

High Roller Radio has interviewed some of the greatest gamblers, casino insiders, sports bettors, authors and poker players in the world. Here, our Q&A with professional cash game player & commentator Abe Limon, a wise man and definitely one of our favourites.

"The Poker Industrial Complex has ruined lives and is killing poker!"

Q: You’re probably tired of talking about it but what happened with that whole situation with 'Doug Polk Week' at Live at the Bike? 'Big Timing!'

LP: It all comes back and dovetails into the same problems poker has been having. It’s problems of ego, narcissism and, to a certain extent, for people who got into poker post poker boom, it’s about the loss of their life. Just to bring it back to ‘Libratus,’ the computer, and what this brings to the forefront for a lot of people is, ‘Wow, I spent a lot of time learning how to do this menial task, which can be done better by a computer now? Maybe, the dudes who were telling me the real way you make money in poker is building relationships and getting in good games, maybe they were right all along?’ To be the best poker player in the world right now means you basically have to be a computer. Being the best player in the world right now is a joke. It’s just a joke and it’s always been a joke. The people making the most money were never the best poker players. They were the people getting invited to the best games. When I started playing poker, and when a lot of people started playing, before the boom, we knew that we were basically semi-criminal, degenerates. There were no role models of clean cut guys, who went to college, to look up to in poker. Poker was never advertised as a career. Poker was the seedy underbelly of the gambling world. Then, once it started getting advertised as a career by the poker industrial complex, you brought in a lot of young guys who should have been accountants, worked behind an IT desk, or in a cubicle somewhere. They were going to be professional poker players but they were just never cut out for it. They constantly have to prove they didn’t make a huge life mistake. They have to bring their mommy to poker tournaments to let their mommy know they didn’t make some giant life mistake, that they didn’t waste $100,000 on college to come and hang out with a bunch of degenerates playing poker. So, they came up with this myth of being a great poker player. That myth was never true, it was always a joke, and now that myth is being torn a sunder by the new poker world, which is basically going back to it’s dog-eat-dog roots. Being the best poker player is now being revealed for what it’s always been, a joke, a complete joke.

Q: One of the things you write about the Poker Industrial Complex is that It’s duped a generation into a poker career?

LP: Yes, they’ve got a few empty pages on the resume, they’ve still got some student loans to pay off and they realize they look at coloured rectangles for a living. And, looking at coloured rectangles for a living wasn’t all that it was cracked up to be. So it’s a constant justification of this horrific career choice. This is where you get these problems with poker and it’s what poker is coming up against right now. Poker should have always been marketed the way all gambling is marketed. You don’t see casinos promoting blackjack as a game you’re supposed to learn as a skill and be a pro at. They don’t want you anywhere near a casino if you can actually play blackjack and count cards. Roulette, craps, the same thing. They’re marketed as fun, entertainment, try your luck and so on and so forth, but because there were a lot of people in the casino that should’t have been they wanted to market poker as a career. It justifies their life decisions hey couldn’t quite handle because mommy and daddy couldn’t handle the fact they were a degenerate in a casino. They wanted to market it as a regular career that normal people do but it’s not a regular career that regular people do. It never has been and it never will be. Poker should have always been marketed as a gamble. Poker can be a lot of fun and you can make a lot of money at it as your side job or as a serious hobbyist. I was writing this stuff as far back as 2007, 2008. It’s really coming to the forefront right now. A lot of people who actually took the action of looking at coloured rectangles seriously have to look in the mirror right now and say, ‘Wow, that was dumb. That didn’t make any sense!’ (laughs) ‘It’s nothing like I thought t was going to be.’ You see it everyday; people bust out, people on the rail, people begging for money, people scamming. You’ve got that stupid fucking poker awards, that you mentioned earlier, where a bunch of pimps and hoes show up to pat each other on the back and ask each other for the money they’re due. It’s very ironic the guy who runs the thing was having to beg for money and got called out by other poker players.