The history of slot machines and betting tips.​ 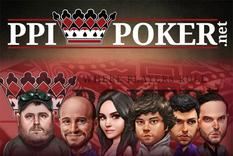 ML: You can never really prepare too much. There all kinds of things you have to work on; mental, physical and financial. You just have to get all your ducks in a row, everything organized, figure out your schedule, what you’re investing and so on and so forth. You have to try to be mentally ready and physically prepared for the long grind of 40-plus days in a row of poker.

Q: The mental and physical components go hand in hand right, because these are long days?

ML: Yes they are. I'm feeling pretty good, although I didn’t quite accomplish what I would have liked to physically going into the summer but I’m ahead of most, just not quite where I’d like to be.

Q: I always wonder about guys like you, the guys who play so many events each summer, do you ever worry about the buy-ins? It’s a lot of money. What happens if you don’t do as well as you hope?

ML: Well, then I’ll be reassessing the situation after the summer. I’m pretty comfortable and confident the results will be there as long as I put in the work and the time. I’ve proven to myself that I’m going to be successful more often than not so I feel pretty good about that going in. How many events will I play? I guess that’ll depend on how things are going and the flow of the summer. I’m leaving it a little bit open as to whether I’m going to multi-table events or not so if I go deep in events it might mean I actually play less because I would skip a few more. If things are going really well it may mean I multi-table a few more events, so the flow of the summer will dictate how many events I play. I will definitely be playing everyday and I won’t be skipping very many events unless I’m super deep in something else. It’ll be upwards of 40 events.

Q: This is all part of the job right?

ML: Right. This is what I look forward to all year more than anything else. You can cut out just about all other poker from my schedule, not that I'd want to, but as long as I can play the WSOP each year that’s what matters most to me. I’ve been waiting for this day since July last year so I just need to get out there, fire in the buy-ins and see what happens.

ML: During the course of the summer there are going to be so many ups and downs, so having that self confidence and belief is going to be important to help you get through the bad days. You’re going to take a bad beat here or there or even make a big mistake somewhere along the line but my overall confidence will still be there knowing that whatever event I play next I’m going to have a good chance to go deep. I’m going to give it my all because that’s that goal, that’s what I’m going down there for.

Q: Do you envision yourself playing these hug buy-in events, like the 300k Super High Roller Bowl, somewhere down the line?

ML: That’s something that's definitely been on my mind but it’s not the most important thing to me. Right now my biggest goal is WSOP bracelets. There is a $100,000 buy-in event down there this year so I do anticipate playing that, as well as the 50k Poker Players Championship, I’ll be playing that too. Those are big buy-ins and most likely events that I’ll play because they’re important to me. Just firing off endless high roller events doesn’t mean that much to me just because the events themselves aren’t that significant.

Q: What about the changes at the World Series of Poker this year. Schedule changes, earlier start times, pay-out structures, level changes etcetera. Is that something you have to study and prepare for because you might find an edge somewhere?

ML: Yes and no. I don’t think any of the changes are going to be that significant that you have to prepare for them. I have mentally gone through what the differences are going to be. I think it’s positive they’re paying a higher percentage of the field for most reasons. One of my goals this summer is to shatter the all-time WSOP cash record and I expect that to be actually fairly easy given they’re paying a higher percentage. I expect to cash upwards of 15 times this summer, that’s one of my first goals. Something that goes along with that, given the slight structure tweak, is that we’ll be getting into the money on the lower buy-in events on Day 1 so that helps with reaching that goal. We’re playing a little deeper because we’re getting into the money sooner. I think those two things will help me shatter the record and cash more times because it won’t take quite as long and I won’t have to miss as many of the other events. As for the earlier start times? They don’t matter much because we’ll be playing the same amount of poker in terms of time so it doesn’t matter if the event starts at 11 or noon, we’re still playing the same amount. It doesn’t really change my day that much because we still have the same amount of time in between events, although it may make it a little tougher to get to the gym in the mornings because we are starting a little earlier.

Q: I find that amazing, that you’d still have time and energy to keep up with the physical training during the WSOP?

ML: I have failed miserably at that most years but heading into the summer it’s still something that I would like to do. If I have the time I’ll try to get there but we’ll just have to see what happens. Some days it might work, others it might not, but it's still a goal of mine to get to the gym. It’s on the checklist of things I’d like to do if time and energy permit.

Q: Since last we spoke Mike, you have upped your career earnings by a few million dollars. What do you attribute your poker success too, other than just hard work? Or is that all it is, plain and simple, hard work?

ML: I’ve actually played quite a bit less the past year than in years previous because I’ve had success and I’m able to be more picky with the events I do play. I’m trying to balance life a little bit better. I’ve taken some time off for vacations. When I do play though I definitely work harder than most during the time I’m playing, like during a series like SCOOP or WSOP. I have zero time dedicated to anything else, other than poker, eating and sleeping. I think it’s just my competitiveness, desire to achieve goals and success, maybe I have that more than most people I guess. I want to win, I want to succeed at what I’m doing. As for my earnings? I’m just winning the right tournaments. I’ve definitely had more success the past few years than in years previous and I think that’s because the tournaments I have run deep in, or won, have been great tournaments to do that in, like getting second in an event that paid $1 million, getting second in an event that paid $700,000, or winning one that was over $500,000. It’s hard to do that. There aren’t that many tournaments on the schedule that pay that well but I’ve been fortunate to have good timing in some of those important events.

Carries the 'Brunson' name and, just like her famous father, she can play! 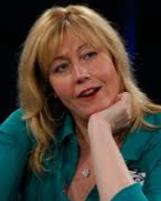 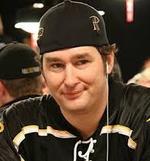 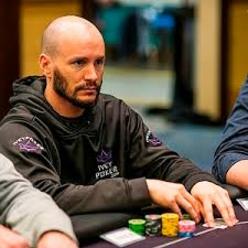 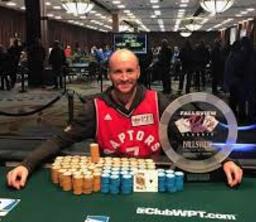 High Roller Radio has interviewed some of the greatest gamblers, casino insiders, sports bettors, authors and poker players in the world. Here is our Q&A with Mike 'GoLeafsGoEh' Leah, a WSOP bracelet winner who's won multiple WCOOP, SCOOP and Fallsview Classic titles. Leah has won close to $6 million live and another $4 million online. High Roller.

Q: Mike, I know you’re busy, thanks for joining us.

Q: Let’s talk about that because I know you’re travel day is tomorrow, you’re heading down to Las Vegas and the Rio for the World Series of Poker (2016) for what I can only imagine will be a gruelling two months of poker. A true grind. How do you prepare for something like that?​