Q: We see you on the WPT broadcasts and we think we know you. Do these book signings come naturally for you or do you have to put on a game face? I guess they can be quite rewarding?

MS: It is rewarding. I still enjoy meeting the people and it’s fun out on the World Poker Tour. We go to a lot of stops that are not Las Vegas or California, or some of these iconic poker places in the world, and we get to meet people who don’t travel to those kinds of places. They’re very excited when the WPT comes to town, they’re excited to meet Vince and I, and it’s just fun to talk to the public, meet the public, and I still really enjoy that part of it. I’m still very happy to meet the public and I thoroughly enjoy it.

Q: I can’t wait to read the book. I love poker narratives and I can only imagine the stories you’ve got in there about Stu Ungar and Doyle Brunson? 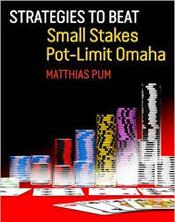 Q: You just had your first book signing (at the 2016 WSOP) and I hear from your wife that it went extremely well?

MS: That’s right, the book went on sale for the first time yesterday and it went extremely well. I think people are excited about the book. I’m excited about it. I think everybody who plays poker will love it. I think people who golf, gamble, or like any type of action at all, will love the book. It’s not a ‘How To’ book but it’s got a lot of life lessons in there, a lot of gambling stories and they’re about the iconic legends of the game. There are chapters in there dedicated to Stu Ungar, Chip Reese, Doyle Brunson, Puggy Pearson, Billy Baxter, and because of that I think everybody’s going to love this book.

Author, Strategies to Beat Small Stakes Pot Limit Omaha: From Beginner to Winner in 28 Lessons. He is a twitch live streamer who believes he´has the best material on the market for small stakes PLO. 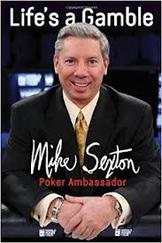 He started spotting them. He’d let them look at the bottom card of the deck. He’d let them look at the two bottom cards of the deck. He would put them on all three games across at Hollywood gin. It didn’t matter what he spotted them or what he did, he ended up beating them all until nobody would play him anymore and that’s when he turned to high stakes poker. Obviously, we know that the first time he entered the main event at the World Series of Poker he won it. The second time he won it. And, the rest is history.

Q: Did you have a sense Mike, that when you were younger, you were witnessing something real special?

MS: Yes, you had a sense every time you watched him play, especially if you got to sweat him playing gin rummy like I did a couple of times. Most people sort their cards in the meld, you know, they put the suits together, the numbers together, but Stuey never moved his cards once he picked them up. Once he picked them up they stayed that way, where they were all mixed up in his hand, because he never wanted to give any tells off to his opponent. It was the same thing when he discarded and that alone impressed me. And he played so fast. It was just unbelievable how fast he played. He could name every card in his opponents hand, I mean it was just spooky to watch the guy.

Q: What do you make of today’s player, the Jason Mercier’s and Fedor Holz’s of the world, they’re pretty special too right?

MS: These guys are very special. Today’s players are phenomenal players, there’s no question about it. In fairness, back in Stuey’s day, he was the most aggressive player at the table every time he sat down.  He was the table captain, the most brazen. We didn’t have the three and four bets pre-flop back then, like they’ve got nowadays. Obviously, if Stuey played today he might not be the most aggressive player at the table because there’s plenty of them out there. He would have to adjust his game but I believe he could read opponents as good or better than anybody and his natural instincts were way above everybody else. If he were with us today I still think he’d be the top player. I will tell you one thing; these guys guys are tough players, they’re aggressive and they’re great players. Stuey would definitely have his hands full but I’d still rank him at the top.

Q: You’ve had so many career highlights. Any stand out for you? I guess the bracelet and the tourney of champions title must be pretty special?

MS: Yes, both those are very special. The first bracelet I won in 1989 and it was in 7-card stud eight or better. For me that was my world championship because that’s the game I played every day for a living back in those days. I didn’t play the main event at the world series until 1991. Back then that event, stud eight or better, was my world championship, so winning that event was especially meaningful to me. You mentioned the 2006 Tournament of Champions, that was a phenomenal event, where I won a million dollars. What was special about that was when we got down to three players it was me, Mike Matusow and Daniel Negreanu. Mike Matusow was the defending champion in that tournament. When Daniel and I got heads-up it was after midnight and we played until seven in the morning. It was a seven hour marathon battle and really a long, long tough battle. Honestly, it wasn’t until after four a.m. that either one of us was within 300,000 dollars of ever being all-in. Daniel and I were playing small ball, I was happy playing it, and we had a long drawn out battle. Fortunately for me, I came out on top. Now, with all Daniel’s success out there in the world, the number one tournament player of all-time, and what he’s done in poker, I pull for him every time because when he wins something it makes me look that much better after beating him in that tournament.

Q: I remember watching that broadcast, where you made one of the greatest calls ever on Mike Matusow and Daniel just rubbed it in Mike’s face.

MS: Well, he did rub it in Mike’s face a little bit and that was to put him on tilt. I think it worked. For those who haven’t seen it you can go to youtube and watch that particular hand. It was a hand where I was in the big blind with 7,3 off suit. The flop comes Q, 9, 3 with two hearts and all three of us were in the pot. Daniel checked, I checked and Mike Matusow checked on the button. He had just called on the button before the flop, he didn’t raise. On the turn an ace comes off. Daniel checked, I checked and here comes Mike Matusow betting 40,000, or something like that. Daniel got out and I called him with two threes. Now a jack comes off on the river, I check and now here comes Mike Matusow betting about 75,000. I called him again with two three’s. I knew he didn’t have an ace because he didn’t raise before the flop. I knew he didn’t have a queen because he didn’t bet on the flop. He’d also bet two nine’s if he had those. There’s a chance, I thought, he might have made a straight with 10,8 or maybe king ten got there, where he’s going to win the pot. I thought he had 7,8, or something like that, and I thought it was a pretty easy call to make with two three’s. So I called him and Daniel started waving the towel saying, ‘Oh, he gotcha. What a play, calling with bottom pair in that spot!’ Matusow’s eyes bugged out and it was a fun moment. I get praise for that call all the time but if you really think about how the hand was played; before the flop, on the flop, on the turn, I don’t think it’s that hard of a call to make. I really don’t.

Q: I got the sense, watching that heads-up battle, that you’re a competitive guy and that it meant a lot to you because as you stated you’re playing against two of the legends of the game?

MS: It really did. Playing those guys and beating them, especially battling Daniel in such a long heads-up match, it was vey meaningful to me. It was also meaningful to me because, before the tournament started, I announced I was going to donate half of whatever I won to charity. So I knew if I won I would be able to impact a lot of worthwhile charities. I was fortunate to win it and I donated $500,000 to five different charities; the Special Olympics, Paralyzed Veterans of America, Wounded Warriors and others. It was very special that I was able to do that and help some great charities.

Q: How much of a card savant was Stu Ungar?

MS: He was a genius. He was a genius in life, he had a photographic memory and a genius IQ, and because of that it gave him a leg up on everyone at the table. I like to call him the Bobby Fischer of cards because I really do think he was a savant at cards, no matter what the card game was. I mean we all know he was greatest gin rummy player that ever walked the planet earth. Certainly if you talk to any great gin rummy player whose ever played him, they’ll all rank him number one, no question. He came to Vegas just to play gin rummy and, back then, every high stakes poker player was a phenomenal gin rummy player, I mean everyone of them. Chip Reese, Doyle Brunson, Puggy Pearson, Amarillo Slim and Sarge Ferris, all these guys were phenomenal gin rummy players. Stuey came out here and mowed them all down just like grass.

High Roller Radio has interviewed some of the greatest gamblers, casino insiders, sports bettors, authors and poker players in the world. Here is our Q&A with 1989 WSOP bracelet winner, 2006 WSOP Tourney of Champions winner, Poker Hall of Famer & author of a new book, Life's a Gamble. 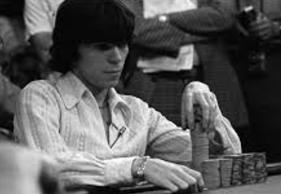 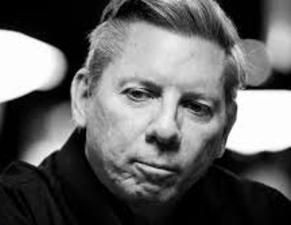