Checkraising the Devil
Did you know 'The Mouth' went to jail? This book tells the remarkable story of Mike Matusow, in his words, his rise to fame and his struggles along the way. Thoroughly enjoyable.

Johnny Magic & the Card Shark Kids
How a Gang of Geeks Beat the Odds and Stormed Las Vegas
It was a sign of things to come in the poker world. The year was 2004, a bunch of nerds who liked to play the game MAGIC the Gathering decided to take their talents to the World Series of Poker - and won!

Famous Gamblers, Poker History & Texas Stories
Author Johnny Hughes gets to his roots in this fascinating read.  Was Buddy Holly a good poker player? If you like tales and tidbits and little fascinating anecdotes then BUY this book now.​

One of a Kind
The Rise and Fall of Stuey 'The Kid' Ungar, the World' Greatest Poker Player
Authored by WSOP Media Director Nolan Dalla, One of a KInd delves into the incredible life of Stu Ungar, three-time world champion of poker and the world's greatest gin player ever. As much as he loved a good card game, Ungar loved cocaine just as much. Talented, reckless and a complete degenerate, Stu's ultimate demise was almost inevitable. He was an action junkie! Great read!

As os 2016, Nolan Dalla has presided over every single WSOP bracelet ceremony since 2002.

The Professor, The Banker and the Suicide King
Inside the Richest Poker Game Ever
Michael Craig is a great writer! In one of our all-time favorites, Craig details the legendary cash game series between billionaire Dallas Banker Andy Beal and Doyle Brunson and a group of 20 other top professionals known as 'The Corporation'. Big stakes, big egos, big money.  Get it NOW people! 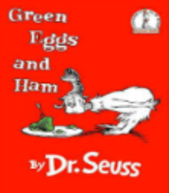 What's your rank?
Everyone should have one of these in their poker room! When was the last time you played with wild cards?

Super System
Poker's Bible! Hall of Famer & 2-time world champ Doyle Brunson's Super System is heralded worldwide as the book that gave away all the secrets. He had a number of big time players author various chapters, on their specialty and the different variants of poker. Brunson followed that up years later with Super System II.

Dr. Seuss had Gamble
Following his best-selling Cat in the Hat, Dr. Seuss' publisher bet him $50 he couldn't write a book using only 50 words. Dr. Seuss won the bet when he penned the very popular Green Eggs and Ham. Dr. Seuss is a High Roller! 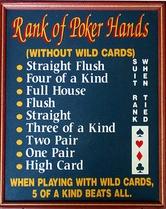 Poker Tilt
Duth Boyd, 3-time WSOP bracelet winner and a key figure at the 2003 WSOP main event, authirs this book about his life in poker, including struggles with bi-polar disorder, weed & failed business ventures. He discusses 'The Crew' which delared they were going to take over the poker world and, of course, Chris Moneymaker. 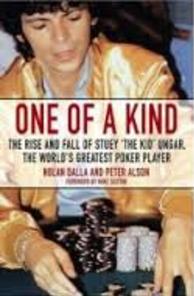 Murderers, Cheetahs, and Binion's World Series of Poker
One of the best ever! Jim McManus explores his run at the WSOP main event in 2000.  There to report on poker's marquis event and the murder of Ted Binion for Vanity Fair, McManus almost won the world championship. You must have this in your poker collection.

(Left) Michael Craig talks about the importance of the book, The Professor, the Banker & the Suicide King, and what it has meant o him.