Steve Garvey’s Hair?
The story goes, as told on High Roller Radio by Howard Schwartz, the legendary gaming historian and long-time owner of the famed Gambler’s Book Club in Las Vegas, that a professional poker player was sitting at his table, in the middle of his game, when he noticed off in the distance a baseball game on television. As he kept peering at the TV, he became transfixed by San Diego Padres first baseman Steve Garvey; more specifically, Steve Garvey’s hair.
Why is that important? “Well, remember, the poker player was a pro,” Schwartz continued with his monologue, “A pro will bet on anything if he thinks he’s got an edge. The Padres were playing the Giants at Candlestick Park, in San Francisco, and the over/under on the game was four runs. See, Garvey’s hair was blowing toward home plate, blowing in and blowing hard too. So, he figured, with a strong wind, the teams would be hard pressed to score four runs. He made the bet and won big. That’s called finding an edge. That’s what professional gamblers do – they find an edge.”

Albert R. Hibbs, a noted mathematician, and fellow graduate Roy Walford, took time away from school and went to Nevada. The year was 1949 and their aim was to study roulette wheel bias at casinos in Las Vegas and Reno. Some roulette wheels are not properly balanced causing the ball to land in certain areas on the wheel more than others. Hibbs and Walford were able to exploit that their mathematical “edge” to the tune of $42,000.

Gutshot Straight
A new poker moie starring Stephen Seagal is set to hit theatres September 1, 2014. Gutshot Straight, directed by Justin Steele, stars George Eads, most known for his work on CSI: Crime Scene Investigation, while AnnaLynne McCord of 90210 plays his love interest.  A glance at the film's IMDB page indicates there are no poker personalities listed in cast or crew.  Gutshot Straight follows the 2013 release of Runner, Runner, which featured Justin Timberlake and Ben Affleck and took a look at the underbelly of the online poker world.

Greatest Poker Moie Ever Made?
Rounders is a 1997 crime drama film about the underground world of high-stakes poker. It follows two friends, Matt Damon and Edward Norton, who need to make some quick cash in order to pay off a large debt.  The term 'rounders' refers to a person travelling around from city to city seeking high stakes cash games. It opened to mixed reviews but with the explosion of Texas Hold'em Rounders has become a cult hit and is responsible for many of today's top players getting into the game.

Sequel?
The Weinstein brothers, who sold Miramax — the production company they founded along with its library of titles that included Rounders — to Disney, have struck a deal with their former firm that to explore opportunities for new projects, potentially a good flop for movie fans. A similar deal between the two firms was announced back on 2010 but plans for a Rounders 2 never materialized at the time. Still, Harvey Weinstein has openly talked about the sequel, even hinting to what the plot may look like:

“I’ve discussed making Rounders 2 with Matt Damon and I would say that’s going to be instantaneous,” Weinstein’s been quoted. “The guys [writers David Levien and Brian Koppelman] have a great idea, a way to make it more international where you start the card game in Paris, that’s all I want to say. There might be a certain beautiful Parisian actress involved in it, and then we’re off to the racetrack and Vegas with Matty and Edward Norton, and a new super villain to replace John Malkovich.”
- Harvey Weinstein

Quotes from Rounders
* “You can’t lose what you don’t put in the middle, but you can’t win much either.”
* "Why do you think the same five guys make it to the final table of the World Series of Poker every year?  What are they, the luckiest guys in Vegas?"
* “If you don’t spot the sucker in the first half-hour, then you are the sucker!” 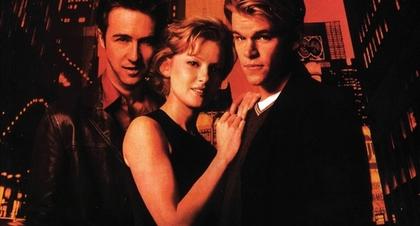 Ocean's Eleven
This 2001 American comedy heist film is a remake of the 1960 Rat Pack film by the same name. Steven Soderbergh directed an ensemble cast including George Clooney, Brad Ptt, Matt Damon and Julia Roberts. The film was a success at the box office and with critics. Soderbergh directed two sequels, Ocean's Twelve in 2004 and Ocean's Thirteen in 2007.

Fun Facts:
Ocean's Eleven had a budget of about $85 million. On its opening weekend, it grossed an estimated $38 million and was the top box office draw for the weekend. The film grossed more than $183 million in the United States and more than $267 million overseas.

The Cincinnati Kid
The legendary Steve McQueen in the role of Eric Stoner, who arrives in New Orleans in the ‘30s to make a name for himself at the poker table.  Are you a poker aficionado?  This is a must see.  Not only is Stoner playing cards, he’s playing the field too.  It’s a 1965 classic from Norman Jewison, who delightfully uses the Big Easy for the film’s backdrop.

Quote: "How the hell did you know I didn't have the King or the Ace?"

Quote:  "I recollect a young man putting the same question to Eddie the Dude. 'Son,' Eddie told him, 'all you paid was the looking price. Lessons are extra.'"

California Split
Amarillo Slim was cast in this flick by director Robert Altman, alongside George Segal and Elliot Gould, who play a couple of hard-luck gamblers. Segal and Gould are down on their luck but determined to ‘run good’ again and find the American Dream. They end up mortgaging everything on one last waltz with Lady Luck.

Quote: "What do you have to say? This man just called you a cheater."

Quote: "What do I have to say? I say the man doesn't know how to play poker. The man is bad. He's a complete asshole. We all know that, right? The man goes broke, he can't handle it. The man is on tilt. You wanna hear any more?"

The Gambler
Most everyone knows, by heart, the lyrics to Kenny Rogers smash hit “The Gambler."  It tells the lonely tale of a jaded, burnt-out gambler who offers up some advice to an eager stranger on a train bound for nowhere. In this made-for-TV movie, based on the song, Kenny is actually headed to find his long lost son. Along the way, he befriends that stranger on the train.  (1980) 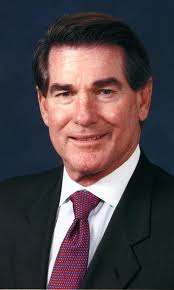 So many epic movies on television and the big screen. Epic moments, epic characters and epic bluffs too. High Roller Radio takes a look at some of the top poker and gambling movies ever made; from Rounders to the Cincinnati Kid to Tombstone.

Do you have a favourite?