By 2005, computing and technology had advanced enough to see various poker bots developed. The first ever World Series of poker robots was held at the Golden Palace Casino. These AI’s were still not the most successful against real professional players but were able to maintain a win rate of very near 50%

In 2008, the first real AI poker bot named “Polaris” became the first poker bot to win against professional players. Polaris had its shortcomings also but showed great promise, beating 3, losing to 2 and even drawing against 1 human pro player.

In 2012, seeing the immense potential of the emerging AI gambling technology, the Bellagio Casino in Las Vegas enlisted the services of the first AI to gamble on behalf of the house. The bot was limited to a $2/$4 limit hold’em, and everyone could play against the AI. As these were relatively small odds and smaller pots, professionals were not the targets of Bellagio’s AI and the Bot was relatively successful against the general level poker players it took on.

In 2017, everything changed. “DeepStack,” a poker AI developed by the University of Alberta, became the first AI to consistently beat the pros. During the same period, a mystery AI from CMU began to crush professional players, even out-bluffing them in game play. That AI is called Libratus and is potentially the best poker player on the planet.

Libratus sets its own strategy based on 15 million core hours of computation. In layman’s terms, Libratus analyzes its own game play and corrects its own mistakes based on calculating near perfect odds and probability. Furthermore, Libratus continues to get better as it adjusts its mistakes and plays differently each day. Considering the fact that this AI is capable of ramming 20,000 years of human work into itself every week, humans never stood a chance.

A player that never gets tired, never gets mad, has no fear of losing money and can identify your specific weakness and exploit it; that’s what Libratus and poker playing AIs are. Though the technology has been in development for almost 25 years, the fact is, until now. AI was considered a joke. Something out of sci-fi stories that was years away from being a true threat to poker players, our brains or humanity.

Well, the future is now and the first losing blow to humanity was delivered via the poker table. Just think about it. As AI can already beat the pro’s, who’s next on the AI hit-list?

Can a Poker Bot Beat The Pros?

Rules & facts about this variant of poker. 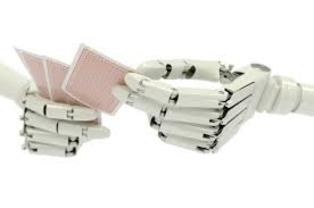 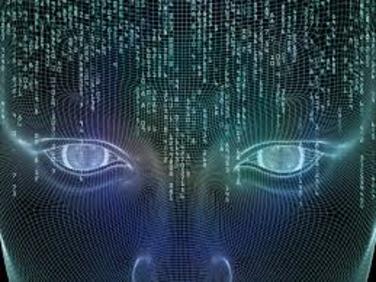 Artificial Intelligence vs Humans: Can a Poker Bot Beat The Pros?

If you are familiar with sci-fi movies about artificial intelligence (AI) taking over the planet, and robots waging war on humanity, the first shots of this hypothetical war have already been fired. The shots were not fired by weapons or computer viruses, but in the most important battlefield of all, the poker table. Let’s take a closer look, taken from the stats on PokerSites.me.uk.

The battle for poker dominance between man and machine has been in the works for some time. In 1984, Mike Caro created the basic poker AI software called ORAC, in order to compete in the WSOP (World Series of Poker). The foundation, though cast by Mr. Caro, was not implemented in a working bot, as the technology still didn’t exist and the computing power of the time wasn’t ready.