From being a somewhat hidden game, poker came to be one of the most popular types of gambling in Sweden a few years back. Since it is almost equal parts luck and equal parts skill, some of the players that started out with a tiny bankroll came to be professionals and are now making a living by playing poker. The game preferred is the famous Texas Hold´em but also five card stud and Omaha has seen an uprising in popularity. One of the most famous Swedish players is Christian Jeppsson who has been seen both winning and ending up as top 5 player when competing online. He is from a small town called Lerum, just outside Sweden’s second largest city Gothenburg. When playing at online casinos he is using the name “eisenhower1” and is recognized internationally as one of the best players in the world of today. During his career, that has been active during at least a decade, he has won over $7,5 million which makes him one of the 10 who won the most.

Swedish poker players seem to prefer playing online. When researching the reasons for this we find that the number of available poker tournaments in Sweden are quite few when it comes to live poker. There are only 4 land based casinos in Sweden that offer live gambling while the online market is gigantic. Swedes who wants play table games and slots to win money have to either visit one of those 4 casinos or create an account at Extraspel Casino or any of the other sites that offer poker and other types of games with stakes.

Even if the online market is huge in Sweden, we still see Swedish poker players at live tournaments and they are often doing quite well too. We often see, at least a few times a year, that a swede has placed him or herself at the final tables or even won a big tournament.

Will new laws in Sweden change this?

The Swedish government has seen the online market grow large and finds it difficult to maintain a Swedish gaming monopoly. In 2019, we might see a change in Swedish laws that will make gambling a bit more available to swedes and hopefully this means we will see more live poker tournaments. What we do know is that there will be a whole new system that requires online casinos and other gaming companies to have a license to operate in Sweden. This license will not be very difficult to come by but it will ensure that players can rely on the companies where they choose to lay their bets. No matter if this is poker, classic casino games or sports betting.

Watershed Moment for Poker in Sweden?

Martin Jaobsen is crowned the 2014 main event champion at the World Series of Poker. He pocketed $10 million for his efforts, what many consider to be the final table ever played. Jacobsen began in 7th position and masterfully worked his way to the world championship. 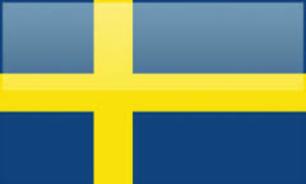 The Popularity of Poker in Sweden?

...But Will News Laws in the Country Affect the Game? 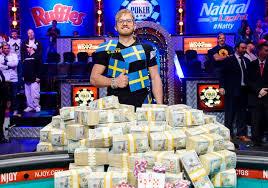