Lion Love?
Michigan-native Ryan Reiss, who toppled a field of 6,352 to win the world championship and $8.4 million, wore a Detroit Lions jersey at the 2013 final table,. He donned the #81 of wide receiver Calvin Johnson. The football star was impressed.

"Even though he could have been paid to wear some stuff that sponsors would have paid him to wear. That’s some love he is showing for the Lions right there. I love it.”

Biggest Gambler in the World?
Ted Forrest has five World Series of Poker bracelets, including three at the 1993 WSOP. He's reached five final tables on the World Poker Tour and owns one WPT title, the Bay 101 Championship where he outlasted J.J. Liu in the longest heads-up duel in WPT history. Forrest also won the NBC National Heads-Up Championship, beating Chris Ferguson in the final. Oh, and he bested Mike 'The Mouth' Matusow in a $2-million weight-loss prop bet.
Ted Forrest is a central character in Michael Craig's The Professor, the Banker and the Suicide King, one of the greatest poker books ever. It chronicles the heads-up battles between billionaire Dallas banker Andy Beal and a group of elite Las Vegas pros. Forrest is referred to as the 'Suicide King' in the books title. Craig, a former guest of High Roller Radio, calls Forrest the 'biggest gambler' in the world.

She's a Legend!
Barbara Enright was awarded the 'Best All Around Best Player' at the 2000 Legends of Poker tournament and was awarded a new PT Cruiser. She had eight money finishes and six final tables. 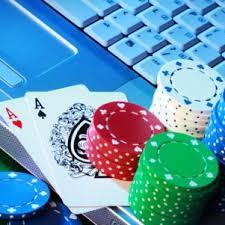 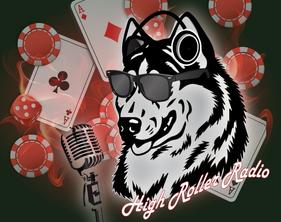 “There are few things so unpardonably neglected in our country as poker! The upper-class knows very little about it.  Why, I have known clergymen, good men, kind hearted, liberal, sincere and all that, who did not know the meaning of ‘flush’. It is enough to make one ashamed of the species.”
- Mark Twain

Poker - Brilliant!
“Poker isn’t a game that requires cards. Really, it doesn’t. The nature of poker is brilliant. It is simply this: (1) There is something wagered before the battle begins, igniting the conflict; (2) There is something owned temporarily by each contestant that has comparative strength; (3) There is wagering, leading to a possible showdown in which strength is compared to determine a single winner; and (4) Any wager can win without a showdown, if nobody calls. poker. You can quibble that in high-low split there are multiple winners, not a single one. But, not really. There are actually two pots – one for the high hand and one for the low hand, each having a lone winner, barring a tie. In keeping with this “nature of poker,” cards are unnecessary. The nature itself is the great idea, the brilliant concept. As such, you can wager over the weight of secret stones that you possess – or myriad other things. Cards aren’t required, and poker in some form will endure, always.”
- Mike Caro, the 'Mad Genius' of Poker.

Barack Obama
“A very cautious player, very cautious in the sense that he didn’t just throw his money away. He played the odds. He didn’t play for the inside straight.”
- Terry Link on Barack Obama.

Did you know?
Between 1997 and 2004, Illinois Senator Terry Link hosted a weekly game with Obama and other lawmakers at his house on Seventh Street in Springfield. The Wednesday game had a codename, “the committee meeting”, and it became so popular among Democrats, Republicans and lobbyists alike that two tables were sometimes required. It started at a local country club, moved to Terry Link’s living room, and then finally to his basement, which Link transformed into a full-blown poker den, complete with vents to accommodate all the cigarette and cigar smoking.

As Heard on High Roller Radio...
Tony Dunst is a poker pro and broadcaster and provides entertaining features for the World Poker Tour telecasts. During our September, 2012 interview we asked him how he landed his gig at the WPT:

“It was kind of a fluke to be honest. I had certainly never intended on returning to the working world, I didn’t want to have a job. I moved back to the US from Australia in late April of 2010, I had been abroad for five years, and was playing poker, mostly online, but during the World Series of Poker in Vegas that year I hired a poker agent. I acquired him in the event I became involved in any sponsorship negotiations. We had lunch together in August and he asked me, “Hey, have you heard about the audition the WPT is holding for a new segment they’re producing?” I said, “No, what are you talking about?” So, he showed me the press released and I thought, “Wow, it sounds like they need someone like me,” and so I went for the try-out. I went down to their offices in Los Angeles two or three weeks later and what they had done was distribute a video from one of their final table broadcasts. The hand in question featured Phil Hellmuth against Andy Seth where they got it all-in pre-flop and Hellmuth ended up being three-outed on the river. Of course there was Hellmuth blow-up. What the WPT wanted was your analysis of the hand, the personalities involved at the table, and they liked my take. I went back for another round of auditions. Interview situations are something I’ve always felt comfortable in. I hadn’t done one in seven years in a professional capacity but I really felt very comfortable in that environment and usually if you prime me in an interview scenario, or in front of a camera, where I, quote, unquote, have to be ‘On’, I am usually very comfortable. It’s turned out better than I could have hoped for.”​

“Ty could throw better than anyone I ever saw. He could take a deck of cards and stand at the foul line at a bowling alley and throw the cards and knock down a pin, that’s how good he was.”
- 'Moves', a pool hustler and friend of Titanic Thompson

"I love poker but greatness in poker is an elusive dream. There are too many variants. Trying to find validation in poker is like trying to find a virgin in a whorehouse. I'm not giving up poker entirely – gambling is an addiction after all. I'm just going to treat it more like a hobby and less like a career."

- Jennifer Tilly, on poker in general.

“The pressure is a little bit more here, and the money is huge. In foosball, I get to control the game and do what I do. If I lose the game it’s my fault. If I lose here it’s still my fault, but I don’t get to control it as much. These guys here are all better than me; in foosball, I am usually the better one at the table.”
- William Pappaconstantinou, AKA Billy Pappas, member of 2014 November 9 and a world foosball champion.

“While many people might think of Dan Harrington and his green Red Sox hat when they think of poker and Boston, it is really (Bernard) Lee who is the voice of poker in New England.”
- CardPlayer.com, on Bernard Lee, a former guest of High Roller Radio.

"My poker stock has gone up."
- Chad Holloway, ever WSOP gold bracelet.

"I'm all-in, I mean my chips are on the table and I'm going for it."
- Eddie Wineland, MMA fighter after being knocked out at UFC 165 in Toronto.​