• Fold Fold Fold!
-  Do NOT be afraid to fold.  As we have stressed before, “we would rather make a bad fold than a bad call” because it saves you money in the long run.
- Feel free to fold frequently. It is better to sacrifice your small early bets than roping yourself into an expensive call later in the hand.
-  As a general rule, if you have a marginal hand it tends not to improve.  Don’t go chasing draws unless the price is right!

• Do Not Fall in Love with Your Hand!
- Even though Pocket Aces is the best hand to start with, they may not be good anymore after at 7, 8, 9, all diamonds flop.
-  The board has killed many a powerful hand before!
- If you suspect what your gut is telling you – that you’re BEAT, you probably are.

• Practice, Practice, Practice!
- Learn the game by playing the game.
- Watch your opponents learn what to do and what not to do from them.
- Try new things and try to ‘find’ profitable situations.
- Ask better players questions, do not be afraid to get their opinion on how you played a hand.

• Study your Opponents!
- When you are not in the hand pay attention to those who are!  Pay attention and it will prove worthwhile in later situations.
- Do they find more hands to play than fold?  Do they bluff?  Can they be bluffed?  Do they have any "tells" (give away mannerisms) that disclose information about their hands etc.

• Get Caught Bluffing Once in a While!
-  This is a good way to ’Advertise’ that you are unpredictable.  It will pay off in later action.
- There is an old saying, “If you never get caught bluffing you are most certainly not bluffing enough.
- When you’re bluff doesn’t work you lose only a few chips but you gain some long-term equity.

5 Common Mistakes in Poker
1) Playing Too Many Hands: Most winning players will fold more hands preflop than they play. Sometimes in multi-table tournaments a successful player who is considered “tight-aggressive” will voluntarily play only around 15% of hands.

2) Playing Too Long: It's important players discover how long they are generally able to play before their concentration wavers or the quality of their decision-making begins to be affected. For some, playing many short sessions rather than marathon ones suits their bottom line much better.

3) Bad Table Selection: After getting outplayed and losing a few hands, it can be difficult to admit to being outmatched. But it happens. Remember, 'if you can't spot the fish in the first half hour, you are the fish." Find a new table with weaker opponents.

4) Playing on Tilt: Because of the role luck can play in poker, it can be especially hard to avoid letting emotions affect your decision-making. Suffering an especially bad beat can knock even the most emotionally stable person off his or her balance. Recognize when it's time to take a break.

5) Playing Too 'High': Watch and protect your bankroll. Most experts advise poker players not to play for stakes that are too high. Such is good advice when it comes to any sort of gambling — don’t bet with money you need for some other, more essential purpose.

Texas Hold'em for Dummies
The game of Texas hold’em is actually very easy to understand. Each player is dealt two face-down poker cards, the so called hole cards. After this a total of five cards are dealt face-up on the table; first three cards, then one more and finally a last one. These are called community cards, because everyone can use them in conjunction with their own two cards to form a hand. In between the dealing of these cards, there are four rounds of betting in which you can either bet chips, or fold your hand. 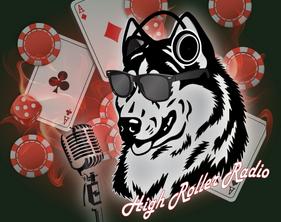 New to the game? High Roller Radio offers some simple poker tips for beginners. Remember, poker is fun game and you should have fun playing it. We hope this helps.

Implied Odds= The estimated amount of money that you can expect to win if you complete your drawing hand, regardless of the immediate odds the pot is currently laying you.

The Independent Chip Model (ICM) = is a mathematical formula used by poker players to calculate the equity of their chip stack in a tournament. Players often use these calculations to make better decisions in subsequent hands or even to determine a fair and equitable deal when chopping up remaining prize money. Tournament chips hold a non-linear value, meaning one big blind is worth more to a short stack than one big blind for the chip leader.​

Women's Card Night
In 1941, the Young Women’s Republican Club of Milford, CT, held a night like no other; they indulged in traditionally male pastimes like cigar smoking, poker playing, and wrestling. The night confused the majority of Milford’s male population but made quite a splash none-the-less. 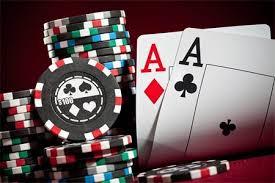