This PPI Poker ambassador is one of the best players on the planet, period. Quickly approaching the $10 million mark in combined online and live earnings, Leah has SCOOP, WCOOP, FTOPS titles and a WSOP bracelet to his name.   We spoke to him before the 2016 World Series of Poker.​

'The timing is right for our brand!"

Casey Jarzabek has been crushing souls now for more than decade and his brand includes his live stream on Twitch, the training site Tournament Poker Edge and the online poker site PPI Poker. He's won close to $5.5 million playing online, capturing every major online title in the process. 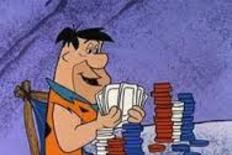 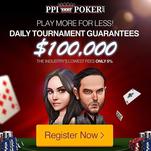 When a new deck of cards is removed from the box and fanned out, the pair of kings that meet in the middle of the deck are known as ‘The Kissing Kings.” 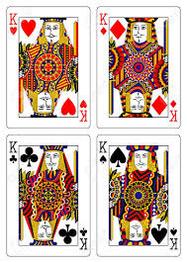 High Roller Radio interviews Randy Kasper, co-founder of PPI, about the company's latest venture, www.ppipoker.net, its partnership with Tain, the site's gaming technology, capabilities and features, and he runs down PPI's all-star line-up of poker ambassadors.

This Canadian pro and 'Canada Cup' champ at the 2013 Pokerstars Caribbean Adventure is among the elite group of all-stars on the roster representing the newest online poker site - PPI Poker. With close to $3 million in online poker earnings, Noseworthy brings his vast knowledge to Tournament Poker Edge as an instructor.

Fred Flinstone played poker! During Season 2, in an episode titled “Little White Lie”, Fred lies to Wilma about going to a poker game after she finds extra money on him. The show originally aired November 10, 1961. In that game, Fred won $200. That same season, an episode called “The Gambler”, Fred’s compulsive gambling returns and he loses furniture and his TV set Arnold the paperboy. Fred’s a High Roller baby!