Bournemouth: Despite looking one of the strongest teams coming up into the Premier League this season, Bournemouth's time in English football's top flight could end up being a fleeting one. Following injuries to key players during the early stages of the season, including leading goalscorer Callum Wilson and the club's two record signings, Max Gradel and Tyrone Mings, a lack of quality is now beginning to cost Eddie Howe's team. While there is still talent in this team, it remains to be seen whether it's enough to keep the south coast club in the Premier League or whether an immediate return to the Championship is on the cards.

West Brom: While there might be a few teams currently in a worse position than the Baggies, Tony Pulis will be well aware that his team are still far from being out of the relegation conversation. With Saido Berahino and Salomon Rondon in this squad, goals really shouldn't be a problem for West Brom this season. But with just six league goals between them so far, the lack of a prolific frontman could end up costing the Baggies this season. That would become even worse if Berahino is sold in January having tried to push for a move in the summer, with Spurs believed to still be interested in the England international.

With just 10 points separating ninth and 18th in the Premier League table, any of those clubs in the bottom half will need to keep looking over their shoulder to make sure they don't end up being dragged into the relegation dogfight. So while those teams that have been in and around the bottom three for the majority of the season will most likely remain favourites for the drop with much of the football betting over the next few months, here are three teams that could potentially end up in trouble.

Potential Surprise Premier League Relegation Contenders
As is always the case when it comes to the Premier League, the battle at the bottom of the table looks set to go down to the wire. While it had seemed as though we were gaining a clear idea as to which teams could be set for the drop this year, another fascinating weekend of games has seen those predictions now look far less certain as they did before. Newcastle, Norwich, Sunderland and Aston Villa might still be many people's most likely candidates for relegation this season, but there are other clubs that have the potential to end up falling into the drop zone between now and the end of this campaign.

Swansea: Having finished eighth last season, there weren't many tipping the Swans for the drop this year. With just three wins to their name all season, and currently without a manager following Garry Monk's dismissal at the start of December, things aren't looking great for the Welsh club as the campaign reaches its midway point. After establishing themselves in the Premier League following their promotion in 2011, relegation would be a surprising and potentially disastrous way to return to the Championship. 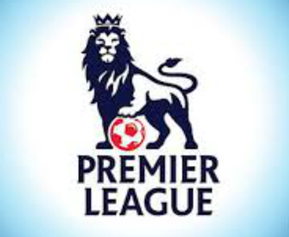