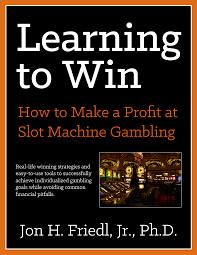 The example I give; on a penny machine, you have a 4,000 credit maximum jackpot in pennies, which s $40. A 4,000 credit on a quarter machine is a $1,000. Which one would you want to play? You can have 300 credits on a penny machine, that’s a $3 bet. I don’t usually see over three credits, five credits, on quarter machines. Three credits is 75 cents per bet. You’re not betting nearly as much, you’re top jackpot will be $1,000, not $40, and these are things you have to watch out for. They’re pitfalls.

Q: The website is great, professorslots.com, it's really informative. I signed up for your newsletter and was automatically given your ’25 Winning Tips for Slot Players.” That’s a sweet bonus man!

JF: I have about 700 of them and I’ve been putting them out for about a month, two a day. I get statistics on them, some perform better than others, so I put the top 25 on that list. Something I’ve been trying to improve upon, given that I have 700 of them, why don’t I just give out 100 of them. So, I’m trying to give people value. It’s not the meat of the book, I have strategies and techniques in there, so what I’m trying to say is you’re going to have to get the book. How to make good bets at the casino, how to be safe, how to choose machines, I give one good tip to basically everyone I meet, out of the seven I go into detail in the book. I’ll give you one. I have a chapter devoted entirely to older style slot machines and the rest of the book is about newer style slot machines. The difference between the two is one is centrally controlled, the odds are controlled by a central computer in the casino. This is any casino that has been renovated or built in the past five years. So, when you go into a casino and win a jackpot on a slot machine be sure to record the time and date you won it and the particular slot machine you won it on. Go home, come back a week later, five or ten minutes earlier, and play that same machine. There’s something good about that particular time on that slot machine. The casino has set it up so the odds are a little better. This is the newer casinos. There might have been a big car giveaway the night before, there might have a been a bigger crowd, there is something going on. In the book, I talk about all the possibilities and what to watch for. The fact is, if there’s a good time on a slot machine, go back to that same machine a week later. The holidays are different and I devote some time to those strategies as well. This way, you take that 93% return rate that the state gaming commission implements, and you increase that by 10, 15, 20 per cent. Suddenly, you’ve gone from losing a little bit of money to making a little bit of money. If you do that long enough you have a profit for the year.

Q: How important is it to join the casino’s Players Club for reward points?

JF: Very important! You don’t even have to gamble to get invitationals. How many drawings for a car do you have to go to before you win the car. Go ten times and you might get a car. Part of it is just showing up. If you want to get a percentage back you’re earning points toward things like free meals. For a lot of people it’s bragging rights, it’s nice to take a friend for breakfast or lunch.

Q: Is that how you won the Mercedez Benz?

JF: I had gone to a second casino and was trying to figure out what technique would work there. I was having no luck with the one I just talked about but I noticed something else, which I outline in the book. They were having a draw. I had been playing there a lot and had a 3-month build-up of points. You know, if you spend ten bucks you get an entry into a draw for a car but you have to be there. I asked, ‘How many entries do I have?’ They said, ‘274! You should be here tonight.’ I thought about the math, the other contestants had like four or five tickets, I had 274 entries, so the odds were fantastic. I had no idea I’d be the third person called in the evening and that I'd then have to spin a wheel. It was a big old wheel with one little pie with a picture of a Mercedez Benz logo. I spun it and it landed on the Benz. That part was luck.

Q: But you were there, right?

JF: You check the rules, I looked up how much it would cost beforehand. I also asked the host if there was a cash option and they was, a $40,000 cash option. I went through Kelly’s Blue Book and looked up the depreciation on that car, it basically had two miles on it, it had only been driven off the dealership to the casino, which owned it at that point and a $65,000 car, of that criteria, under blue book was $35,000. I was like, ‘I think I’ll take the cash!’ It was $5,000 more than I otherwise would have got. This is what you research to anticipate outcomes because it’s hard to do that when they’re flashing lights in your face when you've just won. You’re just busy and nervous. So, this is all work you put in before you actually go to the casino.

Q: In your bio it says you put in nine months of solid study, that you delved right in, and with your nickname Professor Slots I have this vision of you with a notepad and pen, taking notes, kind of casing the slot machine area looking for edges. How insane did it get for you?

JF: It was crazy. I went in for a number of months, brought $500 with me and I would leave if i got down to $250. I did that once a month for six months and then I won $3,200. I was happy to have it and all that, but I thought, ‘Jeez, I just spent six months here and I won $3,200? I need to work a little harder. So, I turned my brain on and realized, ‘Hey, I just won this money, it’s my money,’ So I went over to the high limit slot area to try, think and research and by the end of the day I had six more jackpots. I made $17,000.  I do really want to emphasize that it’s not how much money you win, it’s how much profit you make. I had to put a lot of that money back in to get more money back out. Do you go home with anything? That’s the question to ask yourself. I encourage people to ask that question. Twenty per cent of my topics are about responsible gambling. If this isn’t your thing, I want people to be aware that unbeknownst to them, if they’ve never gambled, you could potentially have a problem. It’s very important to me to get the warning signs out there because it should be entertainment and not something worse.

It can be minimum wage, a little better than that, but I’m trying to shatter the dream when I talk to people about this. I’m not trying to explain how to win the top jackpot on a slot machine. This is about reaching your goals depending on what your goals are. Are you interested in being entertained longer, do you want the money, are you interested in the trips, the free food, what is your goal?  I talk about how to achieve that goal. It;s about making profit instead of having losses al the time.

Q: You've made solid financial profit on this game over the past three years, that’s impressive. You talk to pro gamblers and that’s what it’s all about, finding an edge, employing that strategy and increasing the bankroll, right?

JF: That is true. Many people have the opportunity to play at a number of casinos near them. What casino is the best one to go too? Figuring that out helps you right there. Also, choosing which slot machine? Not all slot machines are created equal. What do you watch for? I have a book about learning to win but I’m not asking people to figure it out. I’ve figured it out. I have this terrible analogy in the book about calculus. 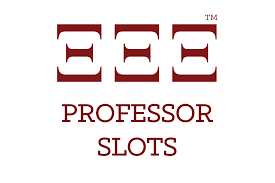 (Above) A Grannie who was feelin' it baby! Talk about legendary.

(Below) The legendary video poker player who turned $6,000 into more than $1 million. 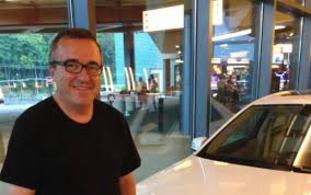 High Roller Radio has interviewed some of the greatest gamblers, casino insiders, sports bettors, authors and poker players. Here, our interview with Jon H Friedl, Jr., Ph.D, aka 'Professor Slots,' who discusses his book Learning to Win: How to Make a Profit at Slot Machine Gambling.

"It's meant to be confusing, that helps the casinos!"

I’m a math guy, so this is funny to me, if you want to learn calculus you can figure it out on your own. There are people who do that but most people learn from someone who knows. Let me explain how to win and what to watch for because I haven’t found every possible technique yet but I’m interested in continuing to learn myself. Everybody wants to make more profit right?

Q: The technology is always changing too. Gamblers are trying to beat the casino. The casino is trying to stay ahead of gamblers. It used to be one arm bandits and three 7’s, now you’ve got 18 line bets, screens like a maze, how do you go about selecting the right machine to play? It's confusing.

JF: First of all, it’s meant to be confusing, that helps the casino. You do have to set some of that stuff aside. The other thing to do is just be very straightforward about it. I know you can get into the math, I could explain things so that nobody understands, but I’ve tried to come up with a way for people to figure things out easily. Things like, 'Don’t play that slot machine.’ It’s not so much about figuring out what slot machine to play as it is about avoiding the slot machines not to play. So, if you take the top jackpot and you divide that by the number of credits, that ratio is something you want to keep an eye on.

Q: Slot machines and profit? How have you managed to do this my friend?

JF: It’s important to understand how close you are to making a profit. In the United States, we have state gaming commission’s that talk about the payout percentage, the hold percentage, how much the casinos keep. Out of a $100, on average over the long term, how much do they keep? Ninety per cent, 93 per cent, 98 per cent? You can look that up in states that has gambling. So instead of losing a little money, my techniques allow you to win a little bit of money.