“If you’re committed to being a professional gambler, and you want to be the best you can be, you spend every waking moment trying to figure out a way to beat the game.”
- Billy Walters, Legendary Gambler (from Richard Munchkin's book, Gambling Wizards)

Warren Harding, the 29th President of the United States, was a great lover of the game of poker. So much so, in fact, he played at least twice a week. His advisors got the nickname "the poker cabinet" because they played with the President. Rumors say that Harding once lost an entire set of White House China playing poker.

​Stephen Hawking Bets
Stephen Hawking and fellow cosmologist Kip Thorn squared off in 1975, betting a subscription to Playboy magazine for Thorn against a four year subscription to Private Eye for Hawking, that Cygnus X-1 would turn out not to be a black hole.  It was and Hawking lost. Many believe Hawking wanted to lose the bet because much of is own study depended on the existence of blackholes.  They call that a hedge bet.

High stakes poker players Dan Bilzerian and Bill Perkins shook hands on a major prop bet; Bilzerian riding a bicycle from Los Angeles to Las Vegas in a 48-hour span. And, he did it! The playboy Instagram crossed the finish line within the time alotted and collected a cool $1.2 million bet. Perkins, a wealthy hedge fund manager, is known for making huge prop bets (most recently a bet with Antonio Esfandiari that resulted in 'The Magician' peeing at the table and getting DQ'd from there PCA in the Bahamas), against Bilzerian, who spent $100,000 on Powerball tickets for a $1.5 billion draw. Crazy stuff. Bilzerian tweeted before his endurance test that he hadn't been on a bike in 15 years.

​Note: Bilzerian and Perkins then bet poker pro Brian Rast $600,000 that he couldn't accomplish the same feat, and he did. Rast said than-you for the 600k. 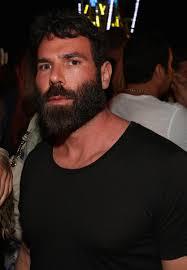 'The Mouth' Lost in the Forrest
In 2007, Mike Matusow got down from 241 pounds to 181 pounds and collected on a $100,000 weight loss bet with fellow multiple bracelet winner Ted Forrest. A few years later the two made another famous wager with Forrest dropping wight this time, And, he did. Forrest shed 48 pounds in three months to pocket a whopping $2 million.

The Johnny Moss Sucker Punch
Johnny Moss, legendary poker world champ and member of the Hall of Fame, once bet a guy who had never lost a bar fight that he could beat him. His price? 15-to-1. The stipulation? That he got to throw the first punch. So, Moss hit the guy from behind, in the head, but failed to knock him out and, as a result, suffered broken bones and a night in the hospital.
"Fifteen-to-one was too good to pass up," he said.

Eat a Burger Baby!
Controversial poker great Howard Lederer, a known vegetarian on the poker circuit (when he was welcome), accepted a $10,000 wager to eat a hamburger, which he easily downed. Lederer gave his rival, David Grey, who hates olives, a chance to double up by eating a few. Apparently Grey hates olives more than he hates losing five figures because he gave up the cash.

Where Everybody Knows Your Name!
The first of two bets between fictional characters to make the list is one of my favorite episodes of Cheers and involves the gang growing beards for a month. Sam, Norm, Cliff and Frasier each throw in $20, agreeing to let Carla judge the entries on "length, body, fullness, luster, sheen and bounce." All of them do pretty well, but Cliff has a little bit of trouble until he finds some "industrial adhesive products."

Poker pros JC Alvarado and Olivieir Busquet hooked up on a six-figure MMA fight prop bet. Busquet, who wanted motivation to get in shape, tweeted out the proposition and Alvarado, the mush smaller guy but one who has MMA experience, accepted. Busquet won the fight in dominating fashion and collected $150,000.

(Left) Bill Perkins
An avid poker player, who cashed for $1.9 million in the Big One for One Drop at the WSOP, Perkins focusses on venture capital and energy markets. He founded Small Ventures USA, L.P. in 1997 and later joined Centaurus Energy in 2002. He now manages Skylar Capital.

(Left) Charles Barkley versus Dick Bavetta in a foot race. The NBA ref takes on the basketball legend.