High Roller Radio has interviewed some of the greatest gamblers, casino insiders, sports bettors, authors and poker players. Here, our interview with Reid Young, founder of the training site Poker Sprout, who provides detailed analysis of C-Bets & Donk Bets. He also talks about the importance of having a plan at the poker table.

Importance of Good Role Models?
Q: I read an article where you talked about your dad and his role in you & your brothers life. His philosophy of pursuing your dreams, to go after what you want in life, to think outside the box, is something not everybody gets. Not everyone has the gift of an open-minded father?

RY: It’s extremely important. His influence is definitely something I cannot measure. Just getting the mindset that if you work hard enough at something you can do it. I think that’s extremely important for everyone to have. The tendency then is to ask the question of people who have already had success, ‘Well, of course it worked out for you, so it’s easy for you to sit here and preach about hard work.’ But, if you look at the history of those people, it does't start with success. It's hard work. There have been times where I have been lit up, where I have had no clue what I'm doing with poker, but there have also been times when moderators and forums have messaged me and asked me to stop posting so many hands because I’m cluttering up their forums. I was just so hungry for knowledge. If you look at those two things, and just the willingness to keep going, that is what really gets you anywhere in life, in my opinion.

The main idea here is a concept called ‘Polarity,’ which is kind of like a range versus range match-up. We talked about the K 2 2 board, one of the quintessential boards favourable to a preflop raiser. Nobody is going to have Ace King, most of the time preflop, except for the preflop raiser. If your opponent had Ace King he would have raised it preflop. Kings would have raised preflop, same with aces, and most people don’t play ace deuce to a raise. If they do, there are only two combinations left because there are already two 2’s on the board. You’re not really looking at a lot that can go wrong if you’re the preflop raiser. On the other hand, if it’s a low and connected board there is a ton that can go wrong. Best case scenario? You’re opponent has a draw. So if someone has ace-nine against your pocket kings on a 6 7 8 board, they still have a lot of equity. They can put some major pressure on you if you decide to c-bet and get check- 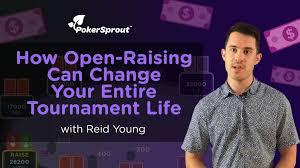 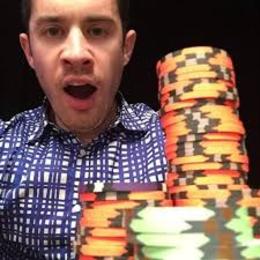 Full audio of this interview HERE

Alright High Rollers, he was one of our very first guests, almost five years ago, and his time meant a lot to us then as it does now. He’s the author of the Blue Book, An Advanced Strategy Guide for No Limit Hold’em Cash Games, and is the founder of PokerSprout.com, where you’ll find quick and efficient strategies to help boost your win rate. Reid Young welcome back man, thanks for being a High Roller today!​ 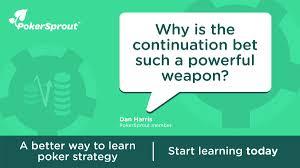 raised. It’s not fun. By the time you get to the river, there is a 60% chance you’re going to see a scare card. Whether or not they actually improve on that card is another story but are you really going to be calling down on a four straight board with just an over pair? It’s a pretty tough decision.

Q: One of the testimonials from a student at Poker Sprout reads, ‘Theory and practise have become one!’ Can you talk about that idea?

RY: I love that quote so much because it really exemplifies what we’re trying to do. I think a lot of people have this idea in their mind that studying poker is somehow different than what you get from playing poker. So many people think that if they play enough, they’ll get really good and maybe move up a few limits. That’s not really how games like poker or chess work. Anything with a ton a combinations, ton of possible outcomes, requires study. If you're trying to brute force it, a game with so many different combinations, it just won’t work. The idea is that we have all of these different models, mathematical theories, and we're working toward quantifying them. If you can adjust your strategy in just 10 minutes every day, to make your game a little more profitable, the effect of that over your entire career, even if you’re playing $1/$2, is thousands of dollars of gain. That’s what it means to me when theory meets practise. Once you have a game plan for all these situations you can easily and quickly identify deviations from what is proper play and that’s where these models help you shine and get winnings really quickly.

RY: Great to be back Derrick.

RY: The idea of Poker Sprout was instead of having all these videos, about an hour long, of people rambling over top their own play, to tackle these situations that you know you have to fix in your own game and just do it as quickly and as efficiently as possible. For example, you may need to work on continuation bets? You might play one out of every twelve hands and, out of those hands, you might continuation bet two or three times. So you’re not really experiencing a continuation bet that often if you’re watching another video, let alone the theory or practises behind it. Someone might say, ‘Oh, here’s a good board to continuation bet. I’ll continuation bet.’ You don’t really know why they c-bet or why they chose their sizing? Did stack size or their opponent factor into it all? It just gets glossed over. So what we aim to do is, in just a few minutes, explain all the theory behind it. So any game you’re in, advanced or beginners, even a live $1/$2 game, all of it works and you can apply it to any player, that’s what we're aiming to do at Poker Sprout.

Q: The C-Bet is certainly a big part of poker and there’s lots of material out there on it. You say C-Bets are a weapon in tournament poker depending on the sizing. Why is sizing important there?

RY: It's more of an exploitive conversation in that regard. What happens a lot of times in tournament is play is that you have a lot of loose, passive, players who are going to see a flop no matter what. If you’re raising it somewhere between two or three big blind preflop, you get two callers and end up seeing a board like K 2 2, which is extremely favourable for a preflop raiser, you can actually solve for the minimum size you need to risk in order to get people to fold if they’re just looking at their hand strength alone. If you want to get them to fold all non pocket pair hands, all non king hands, you might only have to bet one-fourth the pot. A lot of players would just bet half pot there, with their entire preflop raising range, especially their bluffs, where you can get a much better risk to reward ratio. If it doesn’t work? You still have more chips left for later in the tournament. It all stems from about eight years ago, with the Card Runners mentality of raw aggression, which did work very well but that in itself is an exploitive strategy. You’re depending on your opponent to fold pocket eight’s on a king high board, which nowadays most people realize doesn’t make much sense for one bet in that situation. So you end up making these compounding mistakes by c-betting half pot because it’s a great board but when you get called you’re thinking, ‘Oh crap, what now?’ Maybe you put him on 6’s, 7’s, 8’s or 9’s and maybe a few kings, so you go ahead and bet on the turn. You bet half-pot again. ‘Oh crap, he called again!’ All of a sudden you realize you’ve just bet half-pot twice with every single hand you would have raised with preflop. Is that really a good strategy to use in a tournament? Probably not against a lot of loose, passive, guys.

Q: You mention ‘Compounding Mistakes.’ Is that where the elite pros fair much better than amateurs. All pros make mistakes but it seems they can stop the bleeding sooner?

Q: Is the 'Donk Bet' the opposite of a c-bet? When and where should you be leading into your opponent on the flop when they’ve raised preflop?

RY: The ‘Donk Bet’ is a very cool strategy, which I like a lot, because it allows you to take away the initiative from the preflop raiser. Now that people are getting away from this old-school strategy of just betting the flop because they raised preflop, people are starting to check back more and more as the preflop raiser on boards less favourable to them. If I raise under the gun and the board comes 6 7 8, low and connected with a flush draw maybe, a lot of my hands, even pocket aces, aren’t really happy to face a raise on that board. What players are doing now is checking back as the preflop raiser, if and when they get checked to. Consequently, because that board texture is so much more favourable to a calling player, ones out of position, they might opt to lead into the preflop raiser. It counteracts their strategic option of betting because you negate their ability to navigate certain flop textures. You are taking the control out of their hands.​