Here, Billy Walters talks about that massive $3.5 million wager he placed on the Saints in the Superbowl. Did he have some inside info?

Like Father, Like Son?
Legendary gambler and prop betting specialist Titanic Thompson was honored at the first World Series of Poker in 1970. He had made gambling trips with his eldest son Tommy for many years, but after he died Tommy, a skilled, successful gambler in his own right, gave up a life of making bets for a church ministry. He successfully counsels prisoners and preaches to convince others to stay away from gambling.

Rowdy Day at Sports Books​
Sports books in Nevada took a hit when Holly Holm nailed Ronda Rousey with that vicious head kick at UFC 193. According to reports, it was a disaster. Most of the action was on Holm. According to a report from USA Today, the consensus line: $900 on Rousey to win $100, while a $100 bet on Holm would win $600. And the odds were much worse for Holm the further back you go from the fight. She was once 14-1 at the Westgate Las Vegas SuperBook. It was reportedly the most heavily bet Ronda Rousey fight to date. 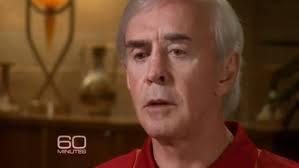 Billy Walters - Legend!
$3.5 Million on the Saints? Yes! Legendary sports bettor Billy Walters, known for finding good spots and taking them, was arrested on insider trading charges not long after his appearance on 60 Minutes.

Giants Score Safety
Real estate man and huge Giants fan Jonah Rechnitz picked a popular prop bet - first score - using an unpopular choice -  safety. Well, the Giants forced Tom Brady into an intentional grounding from his own end zone to put New York up 2-0 to begin Super Bowl XLVI. Rechnitz dropped $1,000 on the ticket to net $50,000 at 50-to-1 odds and promptly vowed to give away all of that cash to charity.

The House Edge?
The 2nd biggest upset in Super Bowl history was in 2002, when the Patriots beat the Rams. That game netted the MGM Resorts Race & Sports Book $4.8 million.

Mr. Vegas Backs Bengals
In 1989, Bob Stupak, better known as 'Mr. Las Vegas', wagered $1 million on the underdog Bengals (-7) against the 49'ers. Cincinnati may have lost, but thanks to the cover, Stupak did not. (Always the pro, rumor has it Stupak hedged at halftime with a smaller bet on the Niners.)

Some Superbowl Prop Bets Made in 2015
* What color of hoodie would Patriots coach Bill Bilichick wear?
* Would the Patriots coach smile on camera during he game?
* How many times would the announcer mention Katy Perry, the half-time performer, in the first half?
* Oddsmakers had the over/under at 2.5 as to how many time announcers would say the exact phrase 'deflated balls' during the telecast.
* Would there be more goals in the National Hokcey League that day than points in the football game?​

Sports Betting 101
The bookmaker is simply a middle-man who operates on a small profit margin and, ideally, he likes to see half the money wagered on one team and half on the other because if he can he will be assured a profit. If too much of the money goes on one team, the bookmaker will move the line or point-spread to encourage bets on the other team in an effort to balance his book. The person you are attempting to beat is the oddsmaker.