BT: I look at game fixing a lot and I do so by examining two different angles. One being games being fixed by the leagues themselves, basically for entertainment purposes, to develop story lines and to make things more interesting. It’s kind of like professional wrestling. I’m not saying that every game is fixed. I think it’s something the NFL nudges when it needs to through its officiating. I also look at game fixing from a gambling aspect where players and referees have been bribed and blackmailed into shaving points or outright fixing games. Believe it or not, there is a history of it, it's just that uncovering that history is a very difficult job. It is out there and it’s in the FBI files I’ve uncovered. It’s available if you really dig into it.

Q: So the question, “Are all sports fixed?” Your answer there is ‘No,’ but perhaps they could be if the league wanted them to be?

BT: It’s perfectly legal for the NFL to fix its own games, believe it or not. There’s no law that prevents it. That’s the scary part. The only law that comes close is the law that dates back to the Quiz Show scandal of the 1950’s, where the networks were fixing their game shows in exactly the same the NFL would be fixing its own games to make them more entertaining. There’s a movie called Quiz Show, directed by Robert Redford, that details exactly how this happens. They did it for years until they were finally busted by Congressional investigations. The law passed out of those investigations and it specifically only mentioned intellectual contests such as game shows. It did not go to sports. So that law doesn’t cover the NFL. The other law that exists is called the Sports Bribery Act of 1964 but that only covers bribing a player, referee or coach to alter the outcome of a game. If a league, like the NBA, told its referees how to do their jobs, in a way implying how to do their job to give one team an advantage over another team, that’s not fixing. That’s just an employer telling an employee how to do their job. It doesn’t fall under that law either. So really there is no law that prevents this from occurring. When you’re talking about a multi-billion dollar business, where obviously a lot of money is at stake, what prevents them from enacting such subterfuge against fans.

Q: It’s such big business. The TV contracts, the NFL ratings and, on the organized crime side, mobsters can get to players fix games in their direction?

BT: First of all, the NFL says it’s never happened. They say they’ve never had a game fixed in their history, which most people laugh at but that’s their stance, because no one has ever been convicted of that crime. Yet, if you look around the world, at soccer, tennis, rugby and cricket, there is game fixing going on right now in every single sport in countries right around the world. In the United States, we seem to think it’s impossible and it never happens because nobody ever gets convicted of it. The fact is, it doesn’t matter if some of these athletes are making millions of dollars, or even hundreds of millions of dollars, because so many of those guys who have made that kind of money, guys like Allan Iverson or Antoine Walker in the NBA or Warren Sapp in the NFL, they've gone bankrupt as soon as they leave the game. So even though they make a lot of money, as Patrick Ewing famously said, they also spend a lot of money, or end up getting bilked out of a lot of money. Sometimes, even veterans players, despite the fact they look like their like they're millionaires, may actually be struggling to get by and may be open to doing something like throwing a game or shaving points. If everything shakes out right, you can get to these athletes, even college athletes especially, you can get to professional athletes and corrupt them. It’s more of a crime of opportunity than one where someone sits back and says, ‘Well, I’m going to fix this weekend’s Bears Packers game because I feel like I can do it.’ It’s more like they need that 'in' in order to get into a player and get him, or a referee, to affect the outcome of the game. 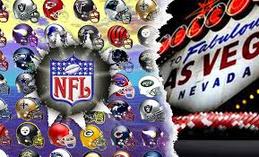 Are You Betting on Rigged Games? 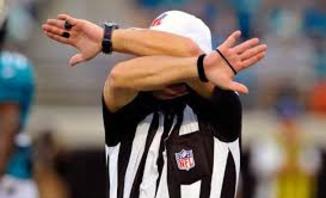 Q: The Kentucky Derby was run a week ago. You tweeted out, ‘No matter what stories NBC hypes, horse racing is notoriously the most corrupt sport. If you love horses you won’t support the Kentucky Derby?’

BT: Yes I did and I believe that. When I wrote this book Larceny Games, I uncovered over 400 undercover FBI investigative files through the Freedom of Information Act that were directly related to the Sports Bribery law passed in 1964. Basically, it was all of the FBI investigations into fixed games, fixed boxing matches, or fixed horse races. Amazingly, there was a ton of investigations into fixed horse races. What was shocking to me is that they wouldn’t just fix races to get a winner, they would fix races to get a trifecta or super fecta. So, they’re fixing the top three or top four horses in the order of finish in these horse races. In fact, one FBI agent I spoke, who had done investigations into fixed horse races, said sometimes races were so corrupt nobody wanted to win the race. One group of jockeys were holding their horses back and the other group of jockeys were holding their horses back. Nobody wanted to reach the finish line, these races were so corrupt. What they do to the horses, unfortunately in the FBI files they talk about it, how they electrocute the horses, they stuff sponges up the horses noses so they can’t breathe as well, they drug them. They do all sorts of horrible things to these animals because they can’t talk and yet this is what they do to fix these races, to get the results they want and to make a few extra bucks.

Q: I recently had a blackjack card counter on and he said that these card counters are so intelligent, so successful, that they inevitably move on to greater projects, one of them being horse racing. He told me horse racing is one of the most wagered on sports going and there is a lot of corruption?

BT: The number one wagered upon sporting event in the world is horse racing. If you want to talk people sports it’s soccer but overall it’s actually horse racing. After soccer, amazingly enough, is tennis, which I found kind of bizarre but that’s how widespread tennis betting is. That’s why you’ve seen a lot of investigations and corruptions within tennis. The more money involved it seems the more corruption is involved. You deal with poker and there have been accusations in poker. Obviously people cheat in poker in various ways. You’d like to think it’s a mano a mano sport, poker, but there’s table talk, collusion, and online poker is incredibly corrupt with all the different ways that they can fix and alter matches.

Q: Some people can even see the others players hole cards?

BT: That makes it pretty easy doesn’t it? You have a program to show you what everybody’s got? I mean heck, even I could be good at it.

Brian Tuohy
Author, The Fix Is In, Larceny Games & A Season in the Abyss
Full audio of our interviews with Brian Tuohy HERE & HERE

Q: Quote: ‘Bookies are the foot soldiers of this illegal empire?” Is the NFL a prime example of sports conspiracy?

Why ESPN is Failing?

...Brian Tuohy Answers
Q: There’s been a bunch of layoffs at ESPN, the on-air talent taking a hit. You call it a propaganda machine. What’s going on there?

BT: That’s a good question. ESPN is owned by Disney and the Disney Entertainment entity and yet these are the people that are funding the NBA, that are funding the NFL, and it works in the cyclical ring of sports of potential investigations and potentially fixing games for entertainment purposes. With ESPN though, they do have financial problems because they over-paid the NFL. They pay, just in rights’ fees, the NFL $110 million in rights’ fees per a single Monday Night football game. That’s insane. They don’t make movies that expensive. They try to keep movie budgets under $50 million and yet they’re paying $110 million a week to broadcast the NFL. They don’t need all of these reporters, they don’t need all of these writers, especially when most of what’s being written and reported on is either rehashed box scores or it’s opinion pieces. How many pieces can you take in? How many mock drafts can you read to me? Especially when they’re all wrong. How much opinion do you need? The cost cutting measures for them make sense but, in the grand scheme of things, it doesn’t mean ESPN is going out of business or they;re going to stop funding the NFL, the NBA, Major League Baseball and everybody else. They’re just rearranging how they’re doing things.