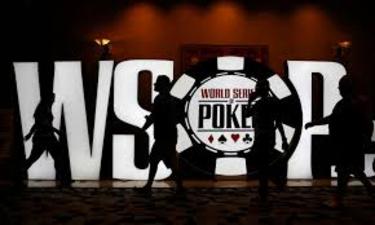 So You've Played the WSOP, Now What?

It’s electrifying. No denying it. The first time you walk down the hallways of the Rio All Suites Hotel & Casino, en route to your designated seat and table, you are overwhelmed by a sense of anticipation and excitement. You’ve already bought a souvenir hoodie, passed by sponsors row, spotted a few ‘big names’ roaming the venue, and now it’s time to play. You’re nervous. You say hello to your dealer and table mates and, before you settle in for the biggest card game you’ll ever play in, you take one last look around the room. It seems absolutely massive. Thousands of people from all over the world, all of whom share your visions of glory, and you’re left awestruck. You think to yourself, ‘I’ve made it. I’m at the World Series of Poker!”

In terms of poker, the World Series is the biggest show on earth, so much history, not only at the Rio but the fabled Binions Casino before it, and it can turn ordinary players into stars and the most skillful sharps into utter legends. Evidence of its appeal? The main event attracted 7,874 runners from 104 different nations in 2018. First prize was a whopping $9,513,071. Incredible. Unfortunately, unlike the pros who head to Las Vegas each year, pokers' world championship is no pittance at $10,000 per entry. For many recreational players it’s a once-in-a-lifetime experience. If you are saving your pennies to play just ONE major tournament this would be it. Not only is there an opportunity to knock elbows with some of the game’s most recognized players but, if and when you do bust out, you can still partake in all of the other trappings on offer in Sin City.

Now that you’ve scratched the WSOP off your bucket list, the question becomes what next? The game of Texas Hold’em is worldwide phenomenon, with other variants like Omaha quickly gaining ground, and the result has been a plethora of lucrative and prestigious events being staged in some of the nicest cities on the planet. Where would you go? Remember, there isn’t just poker fame and fortune up for grabs but there is culture too.

Let’s take a look at 10 of the top tournaments AFTER the World Series of Poker:

Since it’s inception in 1998, then known as the Australasian Poker Championship, the Aussie Millions has grown year over year and in 2018 recorded its largest field ever, 800 runners and a prize pool $8,000,000 (AUD). Compare that with the very first year, just 74 entries and a measly total purse of $74,000. And, if you think the task of winning a major title seems impossible, all you have to do is look back one year. In the 2017 main event, Melbourne-native Shurane ‘Shaz’ Vjayaram emerged victorious, pocketing a cool $1.6 million (AUD), after qualifying via a $130 satellite. Poker dreams do come true.

As for Crown Poker, it features more than 50 poker tables and the country’s largest array of cash games and tournaments, affording tourists the ability to rub shoulders with Australia’s top professionals. It’s non-stop action, running 24/7 for players of all skill levels. On top of the Aussie Millions, the Crown also plays host to other big events like the Crown, Melbourne and Victorian Poker Championships. Set along the stunning Yarra river, overlooking Melbourne’s central business district, the Crown has developed into a world-class destination. The city itself is deemed one of the most liveable in the world and, with its rich urban landscape and abundance of terrific hotels, restaurants, spas, sports and culture, it certainly lives up to its name. After mucking your cards for the day there is lots do do. A buzzing city centre awaits you. If you like sports, you can even take in an Aussie Rules Football game. Be sure to wear Melbourne colours!

There is never a good time to be eliminated from a tournament but in the Bahamas it’s not so bad. KO’d? No problem, let’s hit the beach! It’s that simple - poker, fun and sun. The PokerStars Caribbean Adventure is one of the most exciting poker brands on the planet thanks in large part to three all important marketing key words; location, location, location. The PCA is hosted by the Atlantis Casino, which spans a 7-acre lagoon, links two major hotels, the Royal and Coral, and boasts an innovative design featuring brilliant glass sculptures by renowned artist Dale Chihuly.

If you are prone to some casino gambling before or after poker, the Atlantis makes things easy with 85 gaming tables; baccarat, Ultimate Texas Hold’em, Let It Ride poker, craps, roulette and blackjack included and more than 700 of the latest slot machines. There is so much to do outside the casino as well. You can swim with the dolphins, take in an ‘aqua venture,’ check out the marine habitat exhibits, or golf on one of the most scenic courses you’ll ever experience. If relaxation is your thing, the Atlantic Ocean is at your pleasure for swimming and sun tanning.

The poker tournament attracts some of the most elite online and live players from around the globe and its main event is one of the harder ones to win. To claim this title earns automatic respect. Last year, 582 players ponied up the $10,300 to play and the title was eventually claimed by Argentina’s Maria Lampropulos. The 36 year old won $1,081,100 and became the first woman in the event’s 13 year history to be crowned champ. Keep this in mind; the Atlantis Casino is located on Paradise Drive, enough said.

Since 1970, when Benny Binion launched the World Series of Poker, players had to travel to Las Vegas to pursue their dreams of winning a WSOP bracelet and making a name for themselves. That all changed in 2007 when Harrah’s expanded its brand into the European market. The WSOPE was born. In the years since, the WSOPE has travelled to England, France and Germany. King’s Casino in Rozvadov, Czech Republic, will stage the 2018 WSOPE this October, guaranteeing a €5 million purse for the main event.

For many of the same reasons someone in North America might want to play in Las Vegas, others across the pond may want to play at the World Series of Poker Europe. Not only can you test your chops against the game’s best but you also have the chance to win a highly coveted gold bracelet. And, considering the fact the event moves from city to city each year, you get to combine some big time poker with an international flare.

If swimming in the sea is your thing, or hearing shouts of ‘Agua’ or ‘Cerveza’ from beach barterers as you bake in the afternoon sun, then you have to make a point of planning for EPT Barcelona. This stop on the European Tour is staged at the luxurious Casino Barcelona, just a stone’s throw away from the Mediterranean and the majestic Port Olimpic, an exotic world of entertainment featuring fine dining, live music and quaint shops situated in an extraordinary setting. It really is the trip of a lifetime.

The EPT Barcelona, traditionally known as one of the biggest and busiest stops on the poker calendar, was won by online qualifier Piotr Nurzynski this year for more than a million Euros, He bested a quality field of 1,931 players.

This yearly festival culminates with $10,400 buy-in main event at the Bellagio Resort & Casino, home of the legendary ‘Bobby’s Room,’ where greats like Doyle Brunson, Phil Ivey & Gus Hansen bang heads on a regular basis in the world’s richest cash games. If you happen to bust from the tournament you can always put your name on the board for juicy cash game action. The Bellagio isone of the best poker rooms in the world.

In 2017, Ryan Tosoc won the event for almost $2 million after remarkably finishing second the year before for $1.1 million. Somehow he managed to navigate 1,600 opponents over the two years. Good job.

The longest running tournament series in Los Angeles (2019 marks the 25th anniversary) provides those in attendance the ultimate poker experience. If the $1 million to the winner isn’t enough, there are all the sights and sounds of the city of Angels to enjoy. You can tour the Hollywood hills or even take in a Dodger game.

By the way, 27 year old pro Daniel Strelitz outlasted a field of 521 to win the LAPC last year. He collected  $1.1 million for his efforts. The LAPC is held at the world renowned Commerce Casino, which boasts literally the largest cash game room you’ll ever see.

The WPT Legends of Poker

Phil Hellmuth and Antonio Esfandiari are prominently displayed on the Bicycle Casino’s website with the caption ‘Come Play With the Pros.’ The Bike, as its known, is just minutes down the street from the Commerce, and is also an L.A. hot spot for Texas Holde’em and Omaha. Every summer it hosts the WPT Legends of Poker, highlighted by a $4,000 buy-in main event. Interestingly, Art Papazyan defeated one of the guys on the casino’s website promotion - Phil Hellmuth - to secure the title, close to $700,000 and bragging rights over the ‘Poker Brat.’

Poker and one of the natural wonders of the world? Perfect. The Fallsview Poker Classic is a popular Canadian stop on the World Poker Tour. You are essentially overlooking Niagara Falls as you enter the resort. With second-to-none scenery and all the extras that comes with a tourist hot spot, you are guaranteed to enjoy you stay. Oh Canada? Oh Yes!

If you are planning to play the $5,000 main event though, watch out for Mike ‘GoLeafsGoEh’ Leah. Call it home casino advantage because the Canadian has won three titles in the past four years. Wow.

Staying in Canada but moving further East, the WPT Montreal is an incredible adventure. Hosted by Playground Poker, located in Kanawake, about 25 minutes from the heart of downtown Montreal, this 5,000 buy-in has been running smoothly for seven years now and the 2018 version boasted a $5,000,000 guaranteed prize pool. Bust out? One of the world’s major and most international cities awaits you. Montreal. Great nightlife.

This tournament is so prestigious participants have to be invited to play. On top of that, you must RSVP with an entry fee of $300,000. The odds suggest you’re an underdog to play this tournament. The Super High Roller Bowl must be placed on this list based on the quality of the field. You’re looking at the best of the best here. Justin Bonomo won the title in 2018 and the $5 million that came with it.

Do your homework, decide what you want to do just in case you are eliminated. Hey, it happens.  You can always ease the pain on a beautiful beach or in a top notch restaurant. If poker is your world, then the world is your oyster. With so many tournaments to choose from these days, you might as well turn your next card playing adventure into an unforgettable memory - the poker trip of a lifetime. 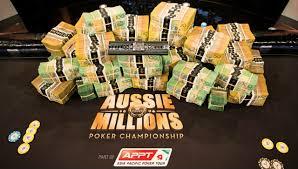 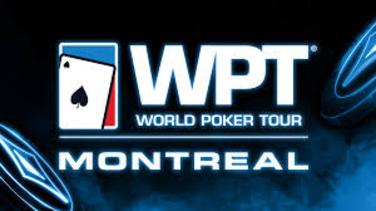 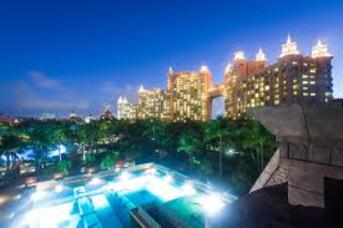 High Roller Radio takes a look at the best poker tournaments to play after checking the World Series of Poker off your bucket list. Which event would you play? 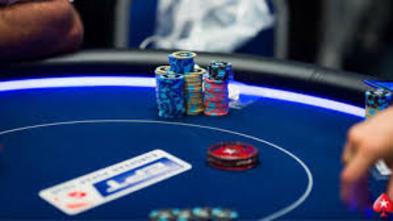 Dark Side of Felt 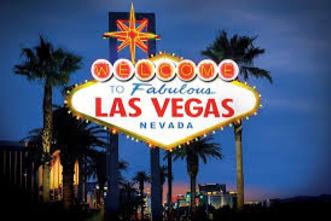