It has been a disappointing year for the Dutch man, who has failed to come near the level which brought him to the semi-finals of this tournament in 2016. Burness has had a poor year on the Pro Tour, saving his best stuff for the last gasp PDPA qualifier. Burness impressed on this stage last year, beating Paul Nicholson, but Klaasen should have enough in the tank to set up a juicy Round 2 tie with Michael van Gerwen.

Former BDO World finalist McGeeney has not had the explosive debut year he may have wanted in the PDC, finishing 53rd for the year on the Pro Tour Order of Merit. However, he has done more than enough to qualify for his first PDC World Championships, and will fancy his chances against the Canadian. Campbell has done very well on the CDC tour in 2018, finishing as the highest Canadian ahead of the likes of Jim Long, Jeff Smith and John Part. However, big stage experience should count for a lot, and McGeeney has that in abundance.

A quarter finalist this time last year, Ryan Joyce has not pushed on in the manner he may have liked in 2019. However, it has probably been Dekker’s worst season in the PDC, as he finished a long way from qualifying via the Pro Tour, where he is usually consistent. However, he performed very well to come through the West Europe qualifier, winning a tense final against Derk Telnekes. Having said that, Joyce has been much more consistent this year, and I expect him to prevail.

Former world youth champion Arron Monk has had arguably his best season on the Pro Tour, qualifying for his first World Championship since 2014 with relative ease. On the other hand, Jose Justicia has struggled since he won his tour card in January 2018, earning only £18,750 over the 2 years. He came through a huge field in the South West Europe Qualifier to make it to Ally Pally, and will be playing with nothing to lose. Monk, on the other hand, is playing to save his tour card. This surely adds another layer of pressure to the game.

Ritchie Edhouse has had an extremely impressive year, performing consistently well on the Pro Tour despite failing to regain his tour card at Q School. In fact, he is the only Pro Tour qualifier not to hold a tour card. Once again, the Russian ace Koltsov came up short at Q School, before impressing on the Challenge Tour, finishing well ahead of Edhouse in the final standings. Koltsov has plenty of TV experience, so should expect to progress.

An ideal draw for Kyle Anderson, who has had a tough season, in which he dropped out of the world’s top 32. Zong came through the Chinese qualifier to qualify, and has stage experience having represented China in the World Cup of Darts. However, we haven’t seen anything to suggest Zong can challenge Anderson, it should be a comfortable win.

A unique tie, in the sense that these two drew each other at the exact same stage last year, with Labanauskas winning out 3-1. Since then, the Lithuanian has won his tour card and reached a Pro Tour final, while Edgar had to rely on the PDPA qualifier to make it to Ally Pally. With Edgar’s tour card on the line, everything points to a Labanauskas victory.

‘Gaga’ Gabriel Clemens is just after the year of his life, making 2 Pro Tour finals and the Last 16 of both the Grand Slam and Players Championships Finals. Benito van de Pas has been extremely disappointing, a world away from the Grand Prix semi-finalist in 2017. However, the Dutch man has found some form lately, he was by far and away the class player in the PDPA qualifier. A lot depends on the first set, if it goes the way of Van de Pas, this could be a cracker, but the German is the favourite.

It has been an outstanding year for the Fermanagh man Dolan, who has won 2 prestigious Players Championship titles in 2019. Kumar came through the Indian qualifier for the second year running, and will be hoping for an improvement after a 3-0 loss to de Zwaan on the Ally Pally stage last year. Dolan should breeze through here, and set up a round 2 tie with Gary Anderson.

It’s fair to say it has been an inconsistent year for Ryan Searle, who was within striking distance of a place in the World Matchplay until the final day before the cut off. However, since then, Searle’s form has evaporated and we haven’t seen him near his best. Robbie King is a bit of an unknown quantity, but performed well to come through the DPNZ Qualifier. Searle performed well on this stage last year so should progress, but don’t be surprised if King makes a game of it.

46 year old Boulton has enjoyed a resurgence in his career this year, winning back his tour card at Q School, before performing consistently well on the Pro Tour throughout the season. Danny Baggish has been explosively good in the glimpses we’ve seen from him, winning the North Amerian Darts Championship in superb style to qualify. If he can bring that form to the Alexandra Palace stage, we could see a win for the Amerian.

Certainly one of the more intriguing round 1 ties, Hughes is highly fancied but a lot depends on the Austrian. ‘Yozza’ claimed his first PDC title in fine style in the Czech Darts Open in June, and has been one of the most consistent players on the Pro Tour this season. Lerchbacher has been poor this season, but has performed well in this tournament before and cannot be ruled out, especially after coming through the South West Europe qualifier. Having said that, I’m expecting Hughes’ class to shine through.

A superb first round clash, Luke Woodhouse on his World Championship debut, takes on Paul Lim who is making his 12th appearance in the PDC version. Woodhouse is flying high, after defeating Daryl Gurney at the recent Players Championships Finals, yet he needs to win to have a chance of saving his tour card. Lim is still playing superb darts, qualifying via the impressive Asian Tour. With the crowd on his side and all the pressure on the English man, Lim has a serious chance of coming through here.

After winning a prestigious Players Championship title in 2018, Payne has not pushed on in the manner he may have liked this season. Portela has had a relatively disappointing season, yet came through the South/Central American Qualifier well. Neither player will be overly confident going into the tournament, so this particular tie has 5 sets written all over it. The question then is who can hold their nerve.

This tie has the potential to be a thriller between the Spaniard Reyes and the Filipino Ilagan, who topped the Asian Tour order of merit for the second year running in 2019. Cristo has had a quiet year, but still did enough to comfortably qualify, while Ilagan will be hoping to build on his impressive display in the Ally Pally last year. This game could go either way.

This has the potential to be a nervy affair, with both players making their World Championships debut. Meikle has had an improved year on the Pro Tour, doing enough to qualify for this event, while Yuki Yamada squeezed into the last spot available via the Asian Tour. Neither player will be overly confident, but Meikle has found some form lately, reaching the Last 16 of the recent Players Championship Finals, meaning he is likely to progress. 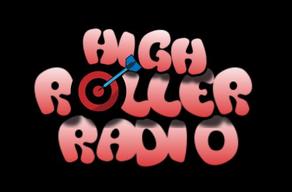 Irish Darts page, covering all aspects of darts throughout the nation. Been published in the Irish Examiner and on Darts Planet.

The Irish Darts Fan breaks down & predicts winners from Round 1 at the Alexandra Palace.