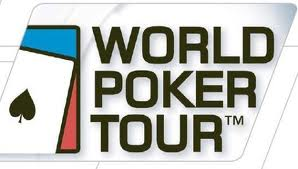 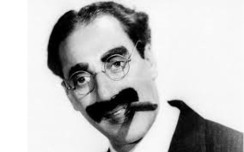 WPT Broadcasts
The WPT final table broadcasts are hosted by Mike Sexton and Vince Van Patten, who sit in a booth near the final table, providing commentary and occasionally interacting with the players.

Did you know?
Their specific comments about hole cards are recorded after the tournament takes place because gaming regulations prohibit them from observing a ‘live’ feed of the "hole card cameras" while on the set.

"If there wasn't any action around he'd play Solitaire - and bet against himself."
- Groucho Marx (...about his brother Chico)

* Only 4 players have finished in the money at least once in all 10 seasons of the World Poker Tour: Phil Hellmuth, Erik Seidel, Mark Seif, and Surinder Sunar.

* In 2008, the WPT started offering bracelets to its event champions. Players who won a title prior to that were given a WPT Bracelet retroactively.

* In July 2006, the WPT faced some legal troubles.  Seven poker professionals sued WPTE, alleging violations of the Sherman Antitrust Act, the California Cartwright Act, and intentional interference with contract. Chris ‘Jesus’ Ferguson, Andy Bloch, Annie Duke, Joe Hachem, Phil Gordon, Howard Lederer, and Greg Raymer, alleged  the company’s standard release forms, required for participation in WPT events, were designed to interfere with their contractual obligations to other companies.  Essentially, the players claimed the WPT’s perpetual rights to their ‘likeness’ put them in violation of other contracts, namely online poker sites like PokerStars and Full Tilt. Worth noting, Hachem and Raymer dropped out of the lawsuit before its eventual undisclosed settlement.

Since it’s inception in 2002, the World Poker Tour has produced some of the most unbelievable, most electrifying poker television EVER! The World Poker Tour, known commonly as the ‘WPT’, was founded by American attorney/television producer Steve Lipscomb, who at the time served as CEO of WPT Enterprises (WPTE), and capitalized on the so-called ‘Moneymaker Effect’. The poker boom was on. It was a case of being at the right spot at the right time. The tour is a series of international events and it boasts an associated television series, which broadcasts the final table of each tournament. Unlike most final tables which consist of 9 players, WPT final tables only feature six. There have been surreal bad beats, incredible bluffs and high-quality play which has transformed long-time professional grinders into household names and millionaires. The WPT is a driving force in the poker industry, a leader behind only the World Series of Poker. The most coveted feat on the WPT is to be named the WPT ‘Player of the Year.” To be on that list is to be in rarified poker company considering it features a virtual who’s who in the business of Texas Hold’em. Winners on the World Poker Tour become instant stars but to be named ‘Player of the Year’ is to be vaulted into poker royalty. The prize money has been absolutely staggering too, some of the largest prize pools in the history of the game. Take for instance Joe Bartholdi Junior’s Championship victory in Season 4; it was worth more than $3.7 million. Just a year later, the ‘Matador’ Carlos Mortensen pocketed more than $3.9 million.

Tourney of Champs!
The World Poker Tour has announced major changes to its season ending showcase event. The WPT is replacing the $25,000 open buy-in WPT Championship with this new year-end Tournament of Champions, featuring only main event winners on the WPT that season (each will receive free entry) and past main event winners on the WPT (who can buy-in for $15,400). Sure to be a star-studded field, the event will take place at the Hard Rock Seminole Casino in Hollywood, Florida.

Magic Man
Antonio ‘The Magician’ Esfandiari, a multiple winner on the World Poker Tour, took home the biggest first place prize in poker history - $18 million – after capturing the Big One for One Drop charity event at the 2012 WSOP in Las Vegas.

Gambling Quotes
“The show that started it all continues to evolve after fourteen years, with the exciting new WPTTournament of Champions. I love that the WPT is going to a TOC format for the season-ending event – it will be the best of the best to determine the ultimate champion!”
- Mike Sexton, WPT Commentator & Poker Hall of Famer.​