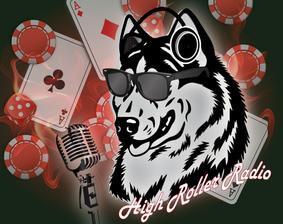 RSD: How did you start playing poker on a professional level?

DB:  I had been sneaking into card rooms and playing online since I was 18, and loved playing. When I turned 21, I landed a job at Garden City in San Jose as a prop player. This would have been in 2002. A time-sheet and a schedule… that’s about as “professional” as it gets.

RSD:  What is your favorite poker game?

RSD: Where is your favorite poker room?

DB:  In Vegas, the Aria is a beautiful room, but I think the Orleans treats their players better. My favorite live room was Gila River in Arizona… I think they changed the name, but they had so many great promotions. Online, I’d have to go with SealsWithClubs.eu… playing with bitcoin and getting cash outs the same day you request them is pretty awesome.

DB:  I’d be much better off if I just played cash games… tournaments are ﬂuky and have a much lower hourly rate.

RSD:  What is your most memorable poker experience?

DB:  Ha… you don’t need to ask. You were there, bro! Taking down that ﬁrst bracelet in front of the ESPN cameras, headsup with the former year’s champion after eliminating Negreanu in 8th (“spanking his ass” for the chiplead, lol).

RSD:  What is the most notable change you have seen in poker?

DB:  Well, the UIGEA and Black Friday made up the one-two punch that told us our government doesn't want us making a career out of poker. It’s been sad watching pros have to relocate to play the game that they love. The game epitomizes everything that is good and bad about this country, and has such a deep history here. We have presidents who funded their political campaigns from poker winnings. Yet, it’s illegal to play Texas Hold’em in Texas or Omaha in Nebraska. The economy was crushed when the big sites left and I don’t think the US poker economy will ever get back to where it was before the UIGEA, even if we see interstate pacts.

So you have been grinding out a bankroll from Teddy KGB that would make Knish proud. You Wormed a few weeks off from Grandma and are ready to make a run at the big game in a fine McDermott fashion.

With the W.S.O.P. getting close, lets take a look at getting the most out of a 10k bankroll.

We will assume that you have 10k to spend on poker and all of your other expenses are covered.

Now you could put all of your "eggs in one basket" and buy into the main event. Hell, you might even cash out with one of the biggest payouts in poker history (now a guaranteed 10 million). But as every poker player knows, on an average of 1 most of us will come up a loser. Lets look at how we can increase your odds of enjoying your poker experience.

We are going to assume that you have two weeks and will only play no-limit games. You can change this up anyway you want by looking at the full schedule and adjusting according to your available time and bankroll. Since the main event is played over more than a weeks time, we will also assume that when you make day 2 you are going to call in sick for the next week, giving us a time frame of Fri. June 20th - Sat. July 5th to play.

Everyday the Rio will have sit and go's and deep stack tournaments to enjoy as well as various priced satellites into the main event. These are great ways to get in cheap and improve your bankroll at a fixed cost. Remember that the cash games can greatly increase your bankroll but can just as easy wipe it out so chose your game and risk to your bankroll carefully.

Most of these events are 3 day events so hopefully you find your not able to play every one. Each of these tournaments are bracelet events.

At this point we have had 6 chances at a gold bracelet and have only spent $8k of the $10k bankroll leaving $2k to try and satellite into the main event if you have not won enough for a seat already.

By spreading out your bankroll, you have a much better chance at poker greatness and of gaining a better experience and one of the greatest poker tournaments in the world. 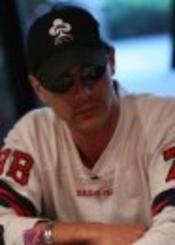 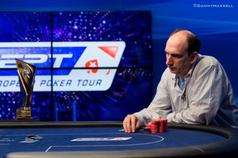 The World Series of Poker

Erik Seidel
Can you say one of the best ever? This 8-time bracelet winner at the World Series of Poker was first made famous in the movie Rounders, where he is shown losing to Johnny Chan heads-up for the world championship. Seidel may not be the main event winner, but he is a member of the Poker Hall of Fame and sits 3rd on the all-time tournament money list behind only Daniel Negreanu and Antonio Esfandiari. Legend!